What is this device used for? Answer after the jump!

Shane Foster, 21, one of those Ku Klux Klan members who practices the notion that Aryans like him are superior, was ruled by a Louisiana judge as not bright enough to be tried for taking part in the murder of a woman who had tried to back out of the Klan. Times-Picayune

News of this lawsuit emanated from a German newspaper, so, y'know, be careful, but on the other hand, it passed the authentication test of a named, mainstream Yahoo UK editor, so I'm going with it (in one of my rare probable copyright violations): A court in Stuttgart is now hearing a lawsuit by a sterile husband, Demetrius Soupolos, who (with permission of his former-beauty-queen wife) hired a neighbor to impregnate her the old-fashioned way for €2k, and he gave it his all, um, 72 times over the next 6 months, but to no avail. The neighbor, confused, had his own sperm analyzed and of course found out he's sterile, too. Now Soupolos wants his money back. The neighbor said he had tried as hard as he could and that no guarantee was given, and besides, the neighbor's wife had to confess that he wasn't the father of "their" two kids, either. Yahoo UK-Ireland

You had a bad day, maybe, but not as bad as the "pregnant woman running from bear hit by car" in Colorado Springs. She's in stable condition; the bear was tranquilized; the driver 's nowhere to be found. Denver Post

Madlyn Primoff, 45, got a lot of press this week for having tossed her misbehaving kids, age 10 and 12, out of the car in downtown White Plains, N.Y. (i.e., actually carrying out what, to 50 million parents, is only a bluff). The older girl came back, but Madlyn had to pick up the other at the police station (and was promptly arrested). Turns out she's a big-shot NYC lawyer. New York Post [with mugshot, looking like you wouldn't mind your lawyer looking, but maybe not your mother]

The F State, though, is full of hardcore parents, such as Natasha Brinkley, 43, who was arrested in Silver Springs Shores, Fla., for menacing her children with a butcher knife, throwing a glass table at them, and calling them the MF word. WFTV (Orlando)

[Jury Duty] Well, not really. She's kinda guilty. Nicole Marty, 25, charged with possession of a controlled substance and crashing her car with her 9yr-old daughter inside. The Smoking Gun

Martin Van Butchell was one of the most popular dentists in eighteenth-century Lodnon London. People were fascinated by his "outrageous personal appearance and outlandish, extreme and socially unacceptable personal and professional behaviors."

Here in Southern California we're facing water shortages, so Elisabeth Buecher's shower curtain could come in handy. It helps save water because it "slowly inflates around you while you shower. It leaves you only a few minutes to take your shower before trapping you."

She calls her overall philosophy of design the "design of threat and punishment." Sounds kinky.

I have to admit that the idea of installing her shower curtain in the guest bathroom of our house, and not warning guests about it beforehand, is very tempting.

(Warning: One of the images on her page may be slightly NSFW.) 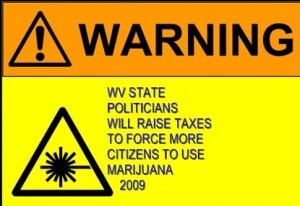 Mom of an elementary-schooler persuaded the school board, using Bible-based reasoning, that untucked shirttails should be allowed: Shirttails make it more difficult for pervs to focus on her daughter's butt. Dallas Morning News

A woman gave a homeless man sitting in the parking lot of a McD's in Nashville a cheeseburger, but he threw it back at her, demanding money instead. She called him an "ungrateful bastard." He beat her up. This episode can mean only one thing: a $2m lawsuit against McD's. The Tennessean

Fresno, Calif., police are after a dad, 26, for taking his 7-yr-old son to a tattoo parlor to ink a dog's paw onto his stomach (the sign of the Bulldogs, Fresno's largest street gang). Associated Press via Fresno Bee

A guy opened a café/gallery in Turku, Finland, that included a room with beanbags for sleepy people to come take naps on (pillows, blankets, and teddy bears provided). Agence France-Presse via Yahoo

Clever cops in the San Bernardino, Calif., area figured out how to serve arrest warrants on fugitive skinheads: Some of their pregnant old ladies would be in maternity wards on Monday, April 20th, because they had tried to time delivery to yield Aryan urchins on Adolf Hitler's birthday. San Bernardino Sun

An Australian medical journal gives a step-by-step on how to get a leech off of an eyeball (Well, first, you have to "numb the eyeball . . ..") News.com.au (Sydney)

Settlers Life Insurance has refused to pay on a death policy because the murdered victim also had Hep C, which it said was a deal-killing "pre-existing condition." Courthouse News Service /// lawsuit [pdf]

An easily-distracted pregnant woman held up a Carter Bank branch in Fayetteville, N.C., but in the middle of the caper got an incoming call on her cell, yakked for a bit, then aborted the job and fled. Associated Press via Yahoo

This was weird in 2002, weirder in 2003, even weirder in 2004, weirder still in 2005, and on and on, and, jeez, to this day, airline passengers still try to board with carry-on luggage containing guns, chain saws, meat cleavers, ice picks, fireworks, and all the other usual things everybody knows you can't carry on. Most people get pissed if they even have to take their shoes off, but these guys . . .. South Florida Sun-Sentinel

[Jury Duty] Is George Bunch, 52, Covington, La., just a harmless creature from planet Frognon, or is he a major-league pervert? He was perched beside a public library, grossing people out, but he "knew he had a problem," the immediate one being that he was staring at little kids while holding a notebook with kids' names and descriptions of what he imagined doing to them. Times-Picayune

I think the only way this video could be improved is if the guy wrapped himself in clingfilm.