" />
A couple of fellows with too much time on their hands. The article has a lot of info on the cannon.
http://www.popsci.com/gadgets/article/2010-01/air-cannon-sends-pumpkins-3700-feet

With advances in prosthetic functionality they are starting to give users above human capabilities. Now the director of MIT Media Lab's Biomechatronics Group, Hugh Herr is claiming they will soon make those wearing them sexier as well. Herr states that prosthetics will become like accessories, perhaps being requested as an elective procedure to enhance both abilities and looks. He points out how the newest gadgets, ipods. iphones, ect. become must haves for the masses and coolest new prosthetics could as well. I can't imagine requesting an amputation to get fast and cool looking prosthetic legs, but who knows?
http://www.popsci.com/technology/article/2010-01/high-performance-bionics-combine-prosthetics-and-aesthetics 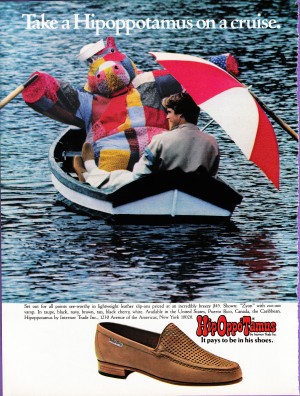 Laying Back in Sunny Haiti, Plus No-Jump Basketball, Praying with Boxes, and Sex Ed for E.T.

Hear, Hear! A Toast . . . to the Rescue Efforts!: Only days after the earthquake, two Royal Caribbean cruise ships docked at a private beach enclave (guarded, with 12-foot-high fences) about 60 miles up Haiti's coastline, freeing up several thousand frolickers for "jet ski rides, parasailing, and rum cocktails delivered to their hammocks." About a third of the guests stayed on the ship, too grossed-out to have fun, but Royal Caribbean had contracts to honor (though it made a big donation to the rescuers and promised that "proceeds" from the enclave's thriving craft stores would be sent along, as well). The Guardian (London)

The All-American Basketball Alliance is hoping to kick off a 12-team season in June, using only the new American minority: white players (natural-born Americans, both parents Caucasian). But it's not actually a skin-color thing, argued Atlanta-based Commissioner "Moose" Lewis. AABA is merely rejecting the in-your-face street-ball culture (like taunting your opponent, as notoriously practiced by, say, Larry Bird) and bringing back the purity of basketball fundamentals (such as exemplified by, say, Tim Duncan). Augusta Chronicle

Oh, Dear God, Think of the Children! Mirko Fischer is suing British Airways for making him change seats on a flight. His pregnant wife was by the window; Mirko in the middle; and a 12-year-old boy on the aisle. BA prohibits men (but not women) from sitting next to unrelated children. Either the man or the precious little buttercup must relocate. Guess which. Daily Mail

Just because it's a technology-oriented magnet school doesn't mean that the grownups know technology. At San Diego's Millennial Tech, an 11-year-old boy working on a "motion detector" brought in an empty Gatorade bottle with wires running to some electrical gizmos. Could be a bomb! The ordnance squad was called; the school was locked down. [Note to file: The terrorists have won.] Tests found everything harmless, no dots to connect. The grownups had to salvage something, though, so they said the kid violated "policies" and that he and his parents should get "counseling." (The San Diego Union-Tribune must have fired all its copy editors because there's no clue in the story as to which "policies" and what "counseling.") San Diego Union-Tribune [dateline January 15th, but Associated Press versions ran January 16th]

This series of commercials seem to have lasted from the late 40's all the way into the mid-60's. But it wasn't until today that the jingle hit home for me. You'll wonder where the yellow went..... Did we all have yellow teeth back then?

Do It Yourself Insemination 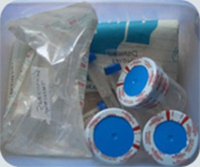 Ladies! Is your biological clock ticking away but there's no man in your life? Have no fear, the do it yourself insemination kit is here! But what is it and where does it come from? Well, back in 2005, Britian changed a law that affects the anonymity of sperm donors and has since seen a huge drop in the amount of sperm being donated. This has lead to women seeking fertility treatments abroad, and in a growing number of cases, buying do it yourself insemination kits from the internet. Yes, that means you can buy an unknown man's sperm online and use it to inseminate yourself in the comfort of your own home. The kit (shown) contains a sterile semen container, lubricant, a plastic speculum, disposable gloves and sterile pasteur pipettes. You can read more about the process here and order the kit. (Bonus! You can also order a vibrator for men.) Frankly, I would think you'd have to be extremely flexible to do this by yourself.