This company has found an odd, but apparently profitable, niche: "personalized and discreet head lice removal services" in the comfort of your own home.

Is This a Great Country or What? There’s hardly a more “generic” song in America than “Happy Birthday to You,” but to this day (until a judge renders a decision in a pending case) Warner/Chappel Music is still trying to make big dollars off of the 16-word ditty (15 original words plus a user-supplied 16th). Its original copyright should have expired, at the latest, in 1991, but amendments to the law, and technicalities in interpretation (e.g., did the copyright cover all public uses or just piano arrangements?) bring Warner at least $2 million a year in fees. A federal judge in California is expected to rule soon on whether the song is in fact uncopyrightably “generic”--125 years after the Hill sisters (Mildred and Patty) composed it. [CBS News, 3-27-2015]

[PREVIOUSLY ON WEIRD UNIVERSE] In April, WNBC-TV’s investigative unit in New York City reported on a series of fetish parties in Manhattan reportedly organized by a licensed M.D., in which the consensual activities consisted of saline scrotal inflation, controlled near-asphyxiation, and controlled arterial blood-letting (in which splatters are captured on a canvas as if by made a painter). A club organizer said the “Cirque de Plaisir” was more of a “performance art” display by a few body-modification aficionados than it was a fetish “party.” Local governments were alarmed especially by the blood splatters’ endangering onlookers and promised an investigation. [WNBC-TV, 4-29-2015]

[PREVIOUSLY] Accused amateur serial tooth-puller Philip Hansen, 56, was convicted on two counts in May following a trial in Wellington (New Zealand) District Court. Several women had accused him, during 1988-2011, of holding their mouths open and wriggling teeth out with pliers (and in one case, a screwdriver), motivated by his attraction to “gummy women” as a prelude to sex. He apparently also lauded the “free” service he was providing, since real dentists, he said, would have charged the women. (Hansen allegedly told another woman, with full dentures, how “beautiful” she was--as he was removing the plates, crushing them, and flushing them down a toilet.) [Stuff.co.nz, 4-30-2015; Dominion Post via Stuff.co.nz, 5-6-2015]

“The ancient art of yoga is supposed to offer a path to inner peace,” wrote the Wall Street Journal in February--before launching into a report on how many yoga classes these days are so crowded that inner-peace-seekers are more likely than ever either to seethe throughout their session--or to openly confront the floor-hoggers. Explained one coach, “People who are practicing yoga want Zen; they don’t already have it.” [Wall Street Journal, 2-16-2015]

Timely Information: (1) Joseph Forren, 21, with a .172 blood-alcohol level, plowed into a pickup truck in April in Trumbull, Conn. (though with no serious injuries). Police said Forren’s cell phone on the seat still displayed a current text message, “Don’t drink and drive . . . Dad.” (2) According to police records released in April, Mila Dago (now 24 and awaiting trial for DUI manslaughter) was trading sarcastic texts with her ex-boyfriend that night in August 2013 while barhopping (later, registering .178 blood-alcohol), and as she ran a red light, smashed into a pickup truck, injuring herself badly and her friend in the passenger seat fatally. According to the police report, her last text to the ex-boyfriend (three minutes earlier) was “Driving drunk woo . . . I’ll be dead thanks to you.” [Connecticut Post (Bridgeport), 4-27-2015] [Miami Herald, 4-30-2015]

Readers’ Choice: (1) The Indian Journal of Dermatology announced in April that it was withdrawing a recent scientific paper by a dentist in Kerala state, “Development of a Guideline to Approach Plagiarism in Indian Scenarios,” because parts of the article had been plagiarized from a student dissertation. (2) Low voter turnout in non-Presidential years is increasingly problematic in easily-distracted Los Angeles, but the issue was specifically addressed by campaigners in the March 3rd City Council elections--which, of course, only about 9 percent of registered voters cast ballots in. [NPR, 4-2-2015] [LA Weekly, 3-4-2015]

In New York City, someone can be fired for being “too nice.” Doorman Ralph Body, 41, was dismissed from his job at an upscale New York City apartment building because he did too many favors for tenants, according to an April New York Post report. Body said he “gave his life” to the residents at the “27" tower in Queens, but “upper management” thought such extra kindnesses violated building policy and ordered his dismissal despite a tenant petition. [New York Post, 4-5-2015]

When the chief auditor for Hartford, Conn., finally got around to checking the finances of the police shooting range recently, he found that the range supervisor had bought 485,000 bullets per year but was using only 180,000--and had no paperwork on where the other bullets went. (In one instance, the supervisor acknowledged having bought 94,500 rounds of .45-caliber ammo two years after the department had stopped using .45s and switched to .40-caliber weapons--but his story was that he needed .45-caliber bullets so he could trade them for .40s.) [Hartford Courant, 5-2-2015]

[PREVIOUSLY] Millions of sports fans “draft” their own “fantasy” sports teams--and even the bass-fishing tournament circuit has its fantasy league, where fans select anglers good at exploiting choice spots on the lakes. In March, Alaska Dispatch News reported that, for the fourth straight year, there would be an Iditarod Fantasy League, with a “salary cap” of “$27,000" to pick seven mushers with the best chances to push their dogs to victory, with all-stars going for around $6,000 and promising rookies selling for much less. [Alaska Dispatch News, 3-6-2015]

Alfred Guercio, 54, was arrested in Burnsville, Minn., in March after forcibly entering a neighbor’s home and swiping a knife set that he had given the woman as a Christmas gift. He told the woman, and police, that he was taking the gift back, as he was upset that the woman was failing to appreciate it enough. [The Smoking Gun, 3-17-2015]

[PREVIOUSLY] John Deere became the most recent company in America to claim that, though a buyer may have paid in full for a device, he may not actually “own” it. Deere claims that because its tractors run on sophisticated computer programs, the ostensible owner of the tractor cannot “tamper” with that software without Deere’s permission--even to repair a defect or to customize its operation. Already, traditional movie videos may come with restrictions on copying, but the Deere case, according to an April report on Wired.com, might extend the principle to machinery not traditionally subject to copyright law. [Wired, 4-21-2015]

The March arranged-marriage ceremony in Kanpur, India, was about to start when cousins of the bride (whose name is Lovely, daughter of Mohar Singh) commandeered center-stage and demanded that groom Ram Baran answer the question, “What is 15 plus 6?” Baran answered, “17,” and in short order, Lovely and her family began to drift out of the room, and the marriage was off. Eventually, according to a Times of India report, the families settled the fiasco amicably, with all gifts returned. [Times of India, 3-13-2015]

"You're not going to like this," warned NPR's Robert Krulwich, about to deliver a February [2011] story about visionary robotics developers James Auger and Jimmy Louizeau, who created a carnivorous clock, supposedly able to power itself for 12 days merely on the carcasses of 12 dead houseflies (which the clock traps with fly paper and then mechanically razors in two). The pair also showed a prototype of a coffee table that catches mice by luring them up the table legs with cheese into a hole in the center, where they are guillotined. Auger and Louizeau said their creations are just extensions of TV nature programs showing animals hunting in the wild, but Krulwich fretted about the dangers inherent in "giving robots a taste for [meat]." [NPR, 2-7-2011]

[PREVIOUSLY] CLARIFICATION: The story two weeks ago about the anticipated “sex shop” in Mecca, Saudi Arabia, though reported by many reputable news sources, was in fact (a) about a year old and (b) apparently based on a faulty translation from Arabic, and no such shop can be said to be forthcoming. The “developer,” Abdelaziz Aouragh, apparently disclosed only that he would be “willing” to open such a shop. [Times of Israel, 4-26-2015]

Thanks This Week to Kathryn Wood, Don Peck, Chuck Hamilton, Pete Randall, and Robert Zimmer, and to the News of the Weird Board of Editorial Advisors.

For for Frieze art fair in New York, performance artist Kris Lemsalu is lying very still for three-and-a-half hours beneath a giant fake turtle shell decorated with giant rhinestones. And that's it. She calls it an inhabited sculpture. 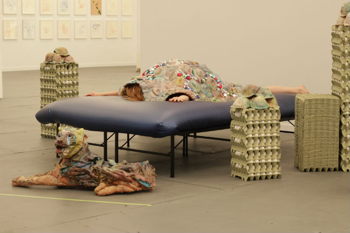 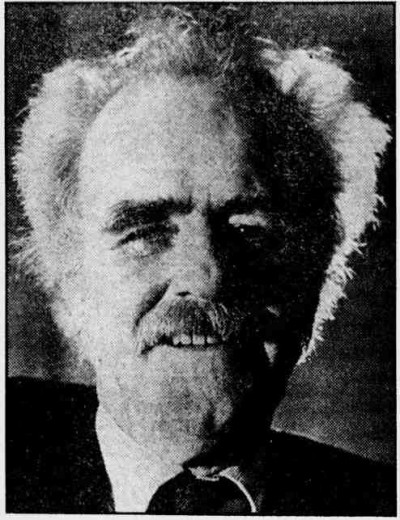 Although he seems generally forgotten today, counterfeiter and pilot Robert Baudin was quite notorious while alive, and seems to have had quite a remarkable career, as detailed in the review of his autobiography Fake (see sidebar) quoted below. 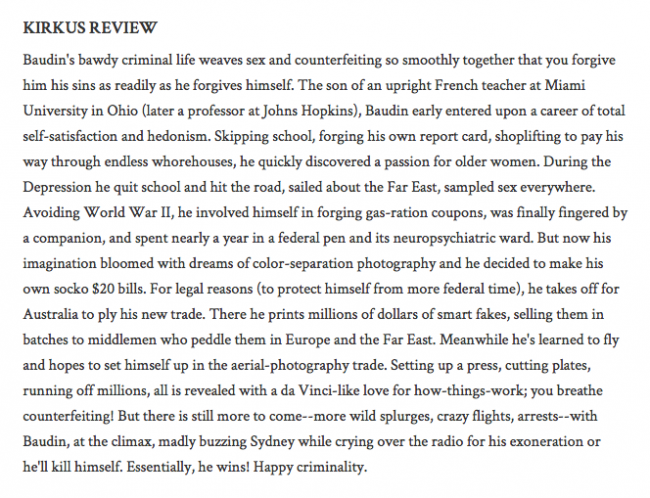 More details of his life here. 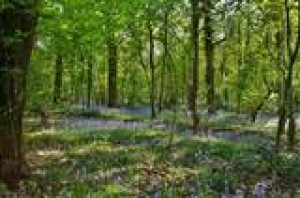 A man staying at a nudist camp in the Poconos got lost in the woods. He was missing from some time Monday to Wednesday evening. Three days. Nude. In the woods. Bet it wasn't the vacation he planned. 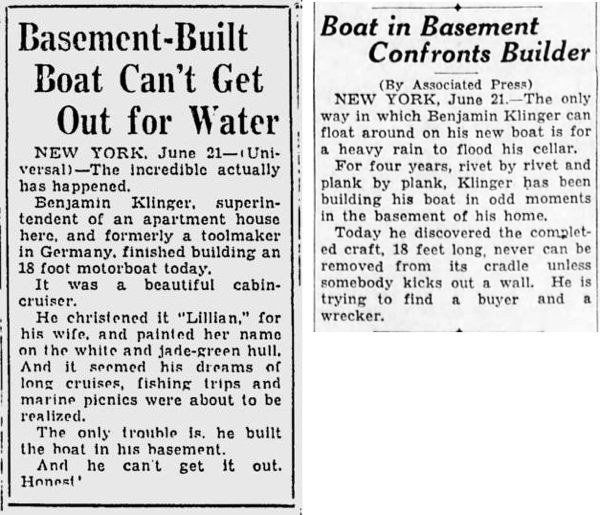