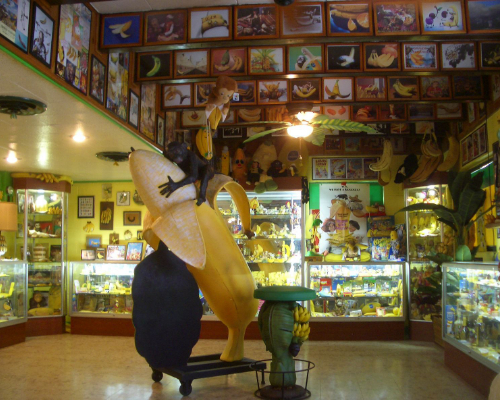 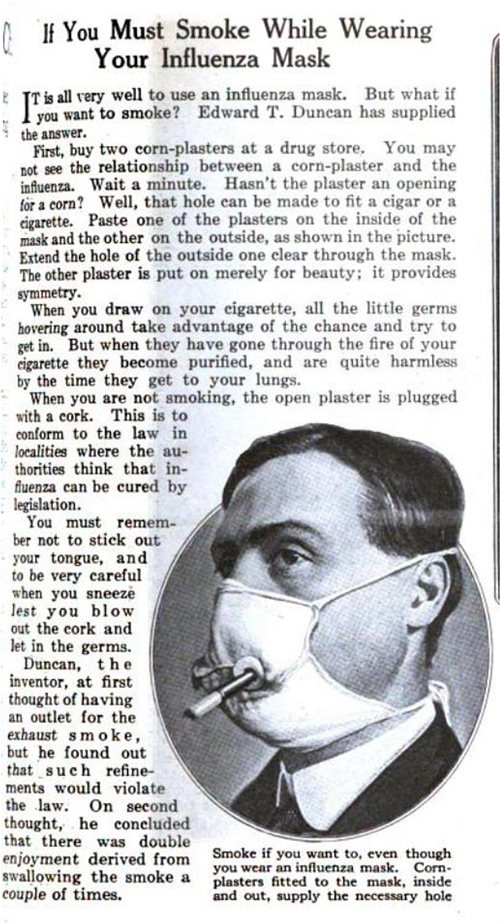 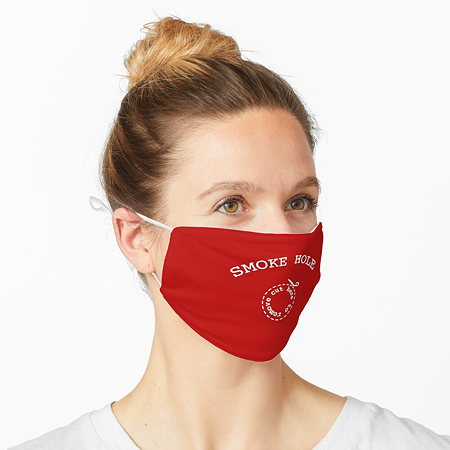 Never worry again about your car being stolen. Bosco's inflatable rubber driver will make it appear as if your car is occupied, thereby deterring thieves. 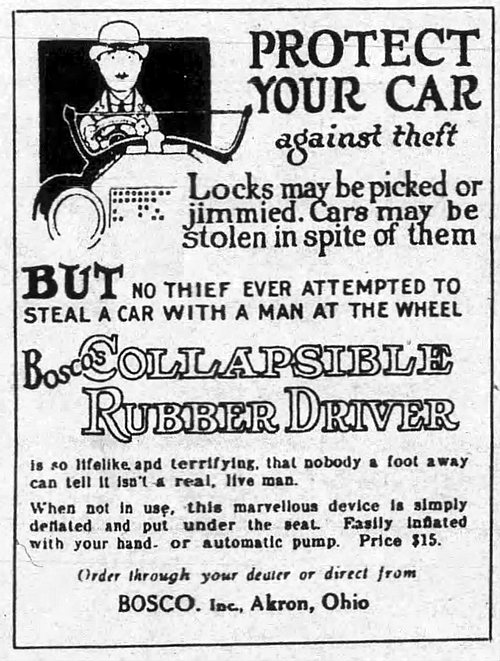 I haven't been able to find an original source for this ad, but it appears in a number of books about automobile oddities (such as Motor touring in old California). However, the dates given for it vary from 1905 to the 1920s.

A Dec 1985 article in Popular Mechanics offers the most details about it, but I have no idea where they got their info from:


Lemuel Bosco of Akron, Ohio, spent $5 for an antitheft device that was supposed to lock the Splitdorf ignition switch of his car, but it didn't stop a thief. He broke it off and took Bosco's Mercer for a joyride. The cops found the car undamaged, but Bosco was mad and vowed it wouldn't happen again. Thus was born the Bosco Collapsible Driver. When inflated and propped behind a steering wheel, it looked like Charlie Chaplin, right down to moustache and derby. When the mannequin wasn't needed, it was deflated and stored under the seat. Standing a foot away from a car, no theif could tell that the rubber dummy wasn't a real man — or so ads in auto accessory manuals of 1910 would have you believe.

The Bosco Collapsible Driver Co. collapsed in two years, because it didn't take even the dumbest thief long to realize that the guy who was sitting behind the wheel never even twitched, which meant he was either dead, in a coma or not for real. 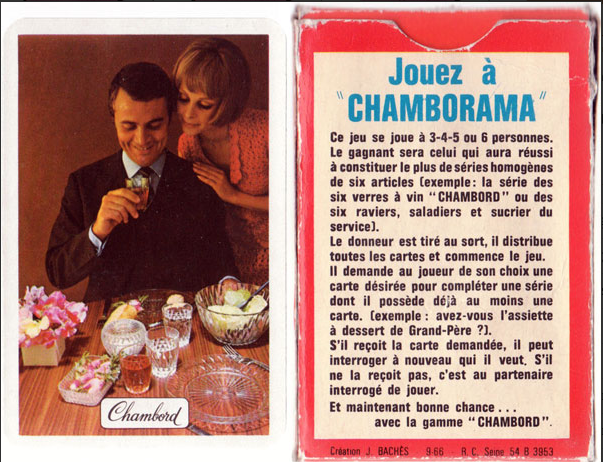 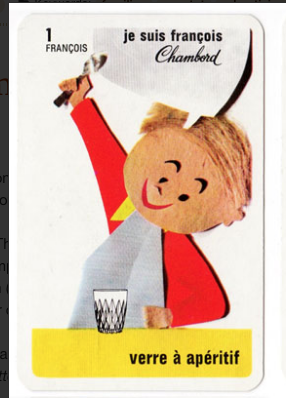 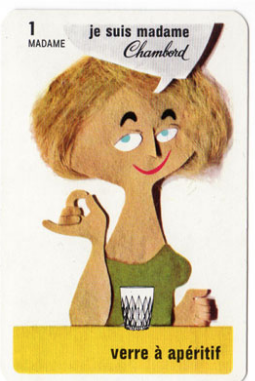 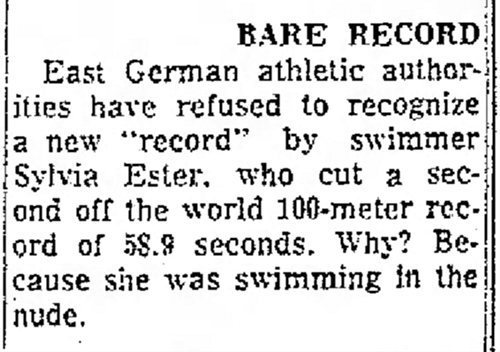 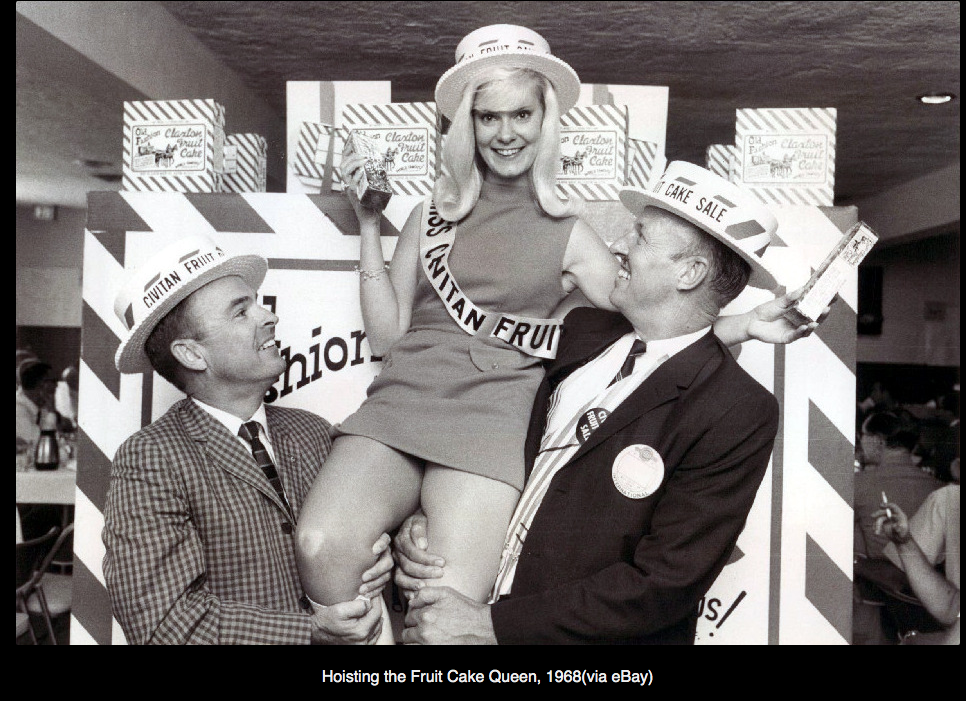