The Ballad of Evel Knieval

Back in November 2008 I posted a video of Tony McCabe, a man who claimed he could jump on hen's eggs and human noses without breaking them, and who demonstrated his ability in 1974 on the UK's Nationwide TV program.

At the time, I thought McCabe was just some random, weird guy. But I recently learned that there's actually some broader historical context to his odd performance.

He was apparently one of the last of a type of British showman who would entertain crowds by performing jumping feats. They would jump into a crate of eggs and out again, without breaking any. Or jump on and off a man's nose without hurting him. Or jump on and off a candle, putting it out without breaking it. Or jump the length of a snooker table backwards from a standing start.

But the greatest feat these showmen aspired to perform was to jump across a canal, appearing to bounce off the water in the middle.

One of the most famous of these jumpers was Bouncing Billy Barker of Gorton in Manchester. He supposedly bounced across the Openshaw Canal, and then, as an encore, bounced back from the opposite site — backwards.

Tony McCabe was the protégé of Bouncing Billy Barker. But I'm guessing, based on the quality of McCabe's performance in the video, that he must not have attained the full level of skill of his master.

Read more about Bouncing Billy Barker at The Mudcat Cafe, ladagirl.com, and the Real Deal blog. 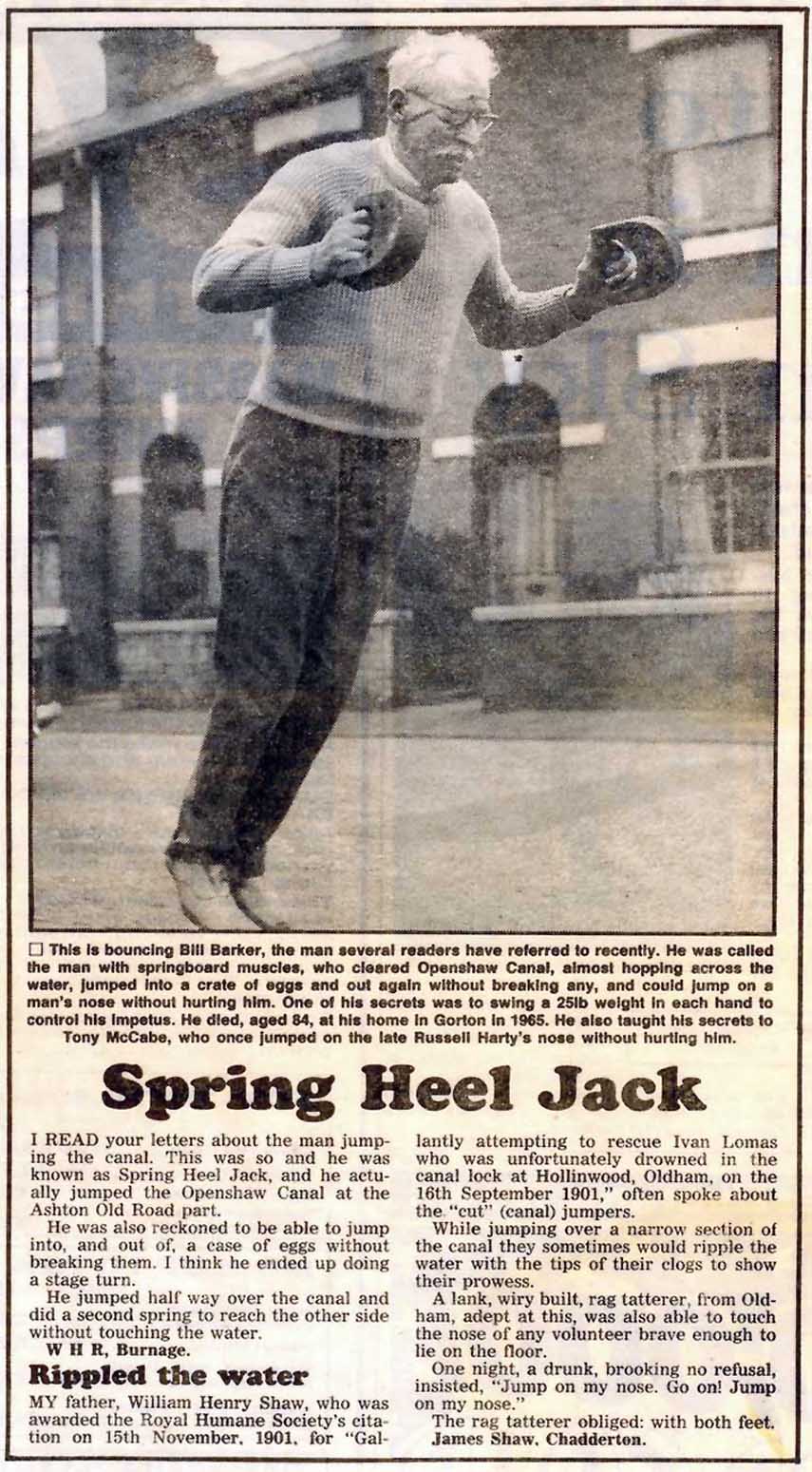 Manchester Evening News - circa 1992 (via ladagirl.com)

Something frosty to contemplate during the summer heat. 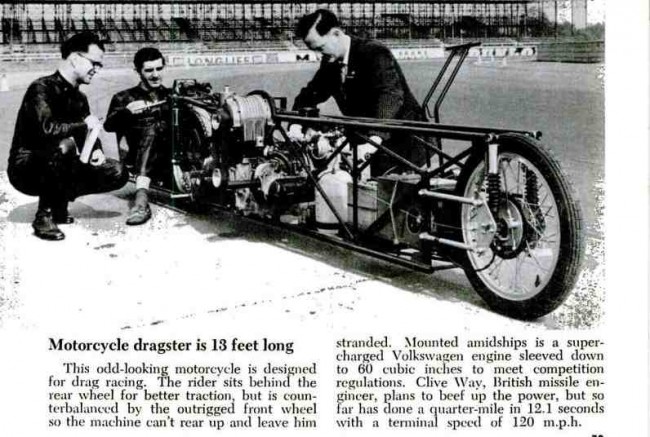 A VW engine on a two-wheeled frame? I would not ride this for one million dollars.

Formula One With Snow Chains 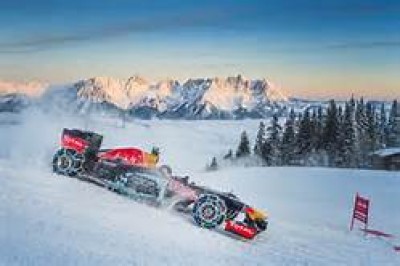 A Formula One car going down a ski slope, something you don't see everyday. The car was airlifted to the top of the course and fitted with chains on the tires for the trip. The Formula One Rookie of the Year drove and 3,500 people watched. Apparently a good time was had by all.