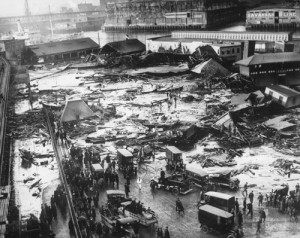 Mankind replaced by squirrels? See it all in this famous cartoon.