I wonder what would have happened had Dr. Sherman's plan been put into action? It would certainly relieve stress -- and provide a much more realistic view of the world -- if we were all taught from day one to accept our mediocrity. Reported in the Newark Advocate, Dec. 1, 1936:


Training for Failure
It seems that parents are wrong in counseling their youngsters to study hard and aim for the presidency.
Anyway, Dr. Mandel Sherman, mental hygiene specialist at the University of Chicago, advises that young people be trained to become failures, in the ordinary sense of the word.
"Our educational system is suffering from an overdose of success stories," he contends. "One person in 10 is neurotic, one in 22 insane today because we train only for success. And only a few can be successful from a material standpoint."
Youth perhaps should be taught that a successful life need not include fame and riches. But history, studded with instances of handicapped youngsters who fought their way to success, indicates that it would be difficult to get the younger generation to bow its head to the inevitability of failure.

The School For Vampyres

Apparently Vampyres have to go to school, just like everybody else. (I don't know if Vampyres are different than Vampires, or if it's just a more pretentious spelling of the same.) I think a degree from this school would be a great addition to my resume:


It is our desire that our School for Vampyres address the Vampyre at all levels, and that our teachings have a practical application in the world. Hence, all of these are steps towards the formation of a more compleat Setian, a more compleat Vampyre...
There will be those who first learn more about the Arkte Element here, who then Become Warriors. There will be others who first learn of the MetaMind Element here, and who will then specialize in it...
Applicants will be considered for admission to the Order by an existing Master of the Order (preferably), or by a III ° + member of the Order at large, or by one of the Grand Masters themselves. In most cases, if a Master of the Order deems a Setian is appropriate for the Order, that Setian's membership will almost always be guaranteed. In all cases, however, the decision to admit a Setian will be at the sole discretion of one or both Co-Grand Masters. 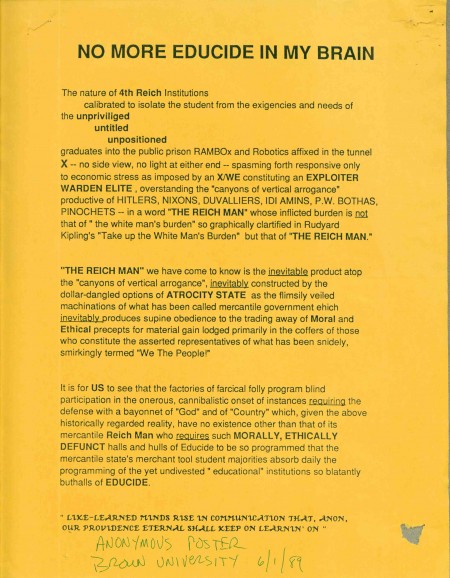