I'll be away in Seattle from Friday October 10 through Monday October 13, attending the launch party of my new novel, Cosmocopia. But I've stacked up four posts in the queue, all new FOLLIES OF THE MAD MEN. Enjoy!

We here at Weird Universe were excited to learn that we were mentioned today on NPR's WAIT WAIT DON'T TELL ME. We figure this makes us celebrities (in our own minds). [Thanks to Scott Edelman for letting us know about our radio fame!]

The mention occurred during a segment in which they were quizzing TV psychologist Dr. Phil about fringe political candidates. Before the quiz, they noted that the info came from WU. You can listen to the broadcast here.

So welcome to any NPR listeners who first heard of us today. We're glad to have you with us. 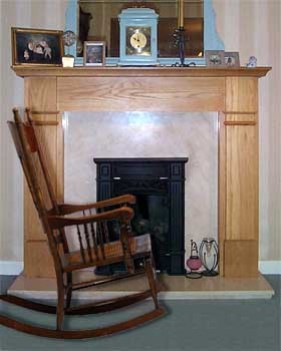 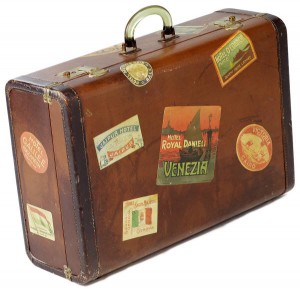 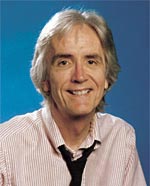 Welcome, friends, to an exciting new world of weird!

In fact, many worlds—and so big, we could only call it—

WEIRD UNIVERSE is the new superblog that brings together three well-known creators and experts in all things weird.

Alex Boese runs The Museum of Hoaxes, a well-known enterprise devoted to debunking in amusing fashion the more outrageous claims foisted on a credulous public.

Paul Di Filippo has been paid to put weird ideas into fictional form for over thirty years, in his career as a noted science fiction writer, and has recently begun blogging on many curious topics with his three fellow writers at The Inferior 4+1.

Chuck Shepherd is the purveyor of News of the Weird, the syndicated column which for decades has set the gold-standard for reporting on oddities and the bizarre.

Now these three staunch and intrepid correspondents—under a beautiful new banner by legendary underground cartoonist Rick Altergott—are pooling their expertise to bring you the most wide-ranging daily collection of weird reading material anyone could ask for.

WEIRD UNIVERSE will feature Chuck Shepherd’s daily feed on the most oddball news items of recent vintage. Regular posts such as “Follies of the Mad Men”—a history of Madison Avenue’s more dubious achievements—will alternate with lists, historical oddities, commentary and speculation. Together, the mix will cover every aspect of a human and natural cosmos that is not only “stranger than we imagine, but stranger than we can imagine.”

We believe in the power of the weird.

To entertain, to elucidate, to edify. To humble, to horrify, to honor. To shock, to surprise, to scandalize.

Most vitally, we believe in the power of the weird as the final frontier of gloriously untameable human nature. In a world that grows increasingly homogenous, regimented, authoritarian, timid and fearful, the weird stands as humanity’s last best hope for spontaneity, ingenuity, bravery, goofiness, laughter, astonishment, and crazy wisdom.

We believe in the power of the weird.

Visit WEIRD UNIVERSE, and you will too!

For more information, contact any or all of the participants: