Those of you who are familiar with my posts know that I love everything from the mid 20th century. A while ago I started a series of science-fiction Americana drawings, like Norman Rockwell but with robots and aliens. I just set up a website for these pictures, The Saturday Evening Weblog. Right now I have 30 or 40 drawings and will be posting one every day until I run out, and after that I will post them as I draw them (usually a few per week). Anyone who likes retro-futurism or science fiction should check it out.

I wonder what the computer pioneers of the 1950's would think of today's scene..... 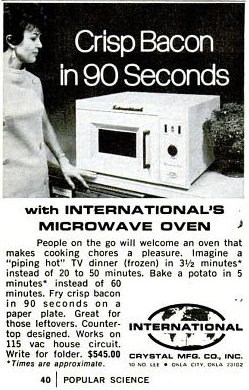 Part 1 is the upper window.

Ahead of its Time #1

Of course, not everyone had bad ideas in those old issues of Popular Science. Many of the ideas for new products were quite brilliant. This series will look at ideas that were ahead of their time. Today's lesson: In Car Tape Deck. 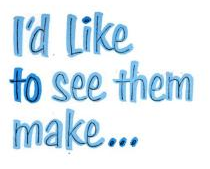 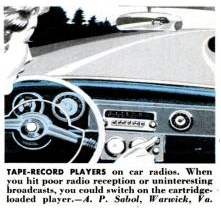 (from the March 1954 issue of Popular Science)

For a little background, the modern tape recorder came about in 1939, but it wasn't refined enough for commercial use until the late 1940s. Reel to reel tape recorders started to become common home recording machines in the mid 1950s and as a professional home audio format in the late 1950s. The first automobile tape player was the Muntz Stereo-Pak of 1962 which evolved in the Lear Jet Stereo 8 (better known as 8 Track) in 1964. Even so, 8 track players didn't become common in cars until the late 1960s, so unfortunately A. P. Sabol had another fifteen years to wait before his request was answered...

This has been making its way around the internet over the past few days, but it is still interesting. The Life website has a photo gallery of 30 dumb inventions. Most of them are just terrible, like an external baby cage for your (high rise) apartment window or a phone answering robot (who just happens to be mute), but this one in particular just strikes me as a great idea: Illuminated tires. 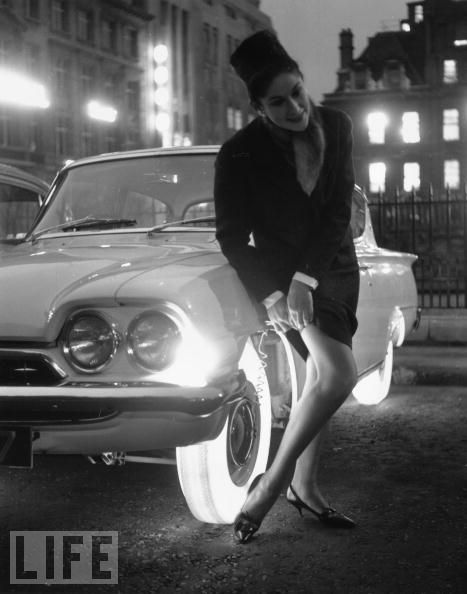 If these were actually available, which doesn't seem likely, I would definitely buy some. They just look so cool, especially on vintage cars like the one pictured above.