Visit here for many more. 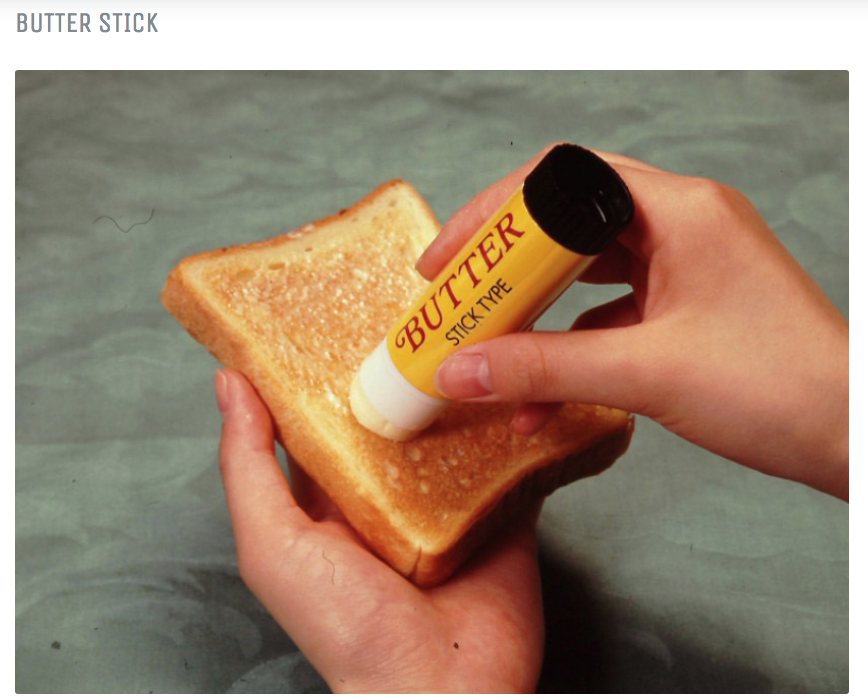 
Comments
Repurposed HeadOn?
Posted by crc on 03/16/20 at 09:46 AM
Does it count as Chindogu if you make one only big enough to establish proof-of-concept?

Do not ask me why (you'd be wasting your time because I'm the only one who should know, and I don't have the faintest clue), but I want a strand of spaghetti two hundred and eighty-seven miles long. By using three differently sized crochet-yarn winders and a Play-doh noodle maker (all found in boxes acquired at an auction and brought together by the after-auction keep/sell/trash sorting process), I proved to my own satisfaction it wouldn't be difficult to add a take-up mechanism to a spaghetti maker which would coil the spaghetti and space it, both within each coil and between coils, so it could be properly dried.

Woe unto you if you lost the end while boiling it, but wouldn't that make a great way to serve "all you can eat pasta," the only catch is you have to slurp it in the traditional way.
Posted by Phideaux on 03/16/20 at 08:48 PM


IMHO the butter stick device really isn't chindogu. Just because the manufacturers haven't smartened up and pre-loaded the butter. https://www.chakru.com/wp-content/uploads/2017/02/max-space-butter-spreader.jpg
Posted by eddi on 03/16/20 at 11:38 PM
The toilet paper holder that you put on your head would be more useful than the Butter Stick. You would still need a knife to get the rest of the butter out of the holder at the end, unless you want to lose a quarter of your butter. And it doesn't seem to be dishwasher safe.
Posted by Yudith on 03/18/20 at 06:15 AM
I have something called a “butter buddy,” where you insert a stick of butter so you can more easily butter corn on the cob.
Posted by Brian on 03/18/20 at 11:02 AM
Commenting is not available in this channel entry.