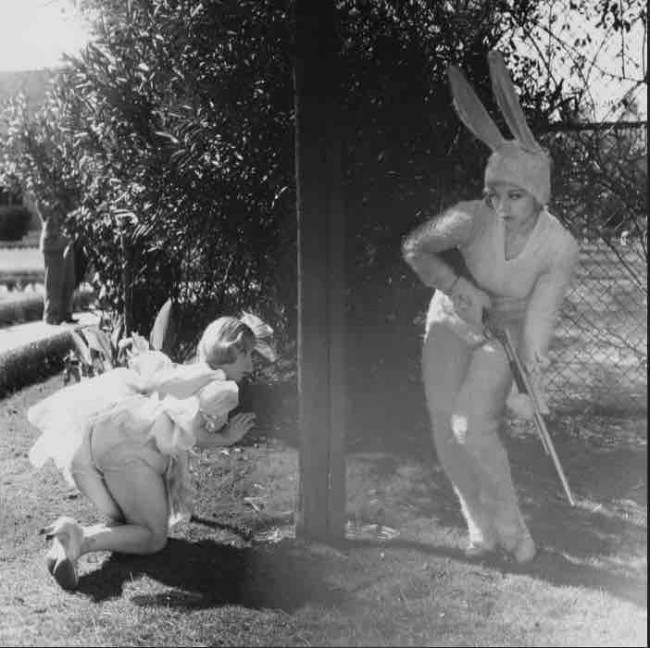 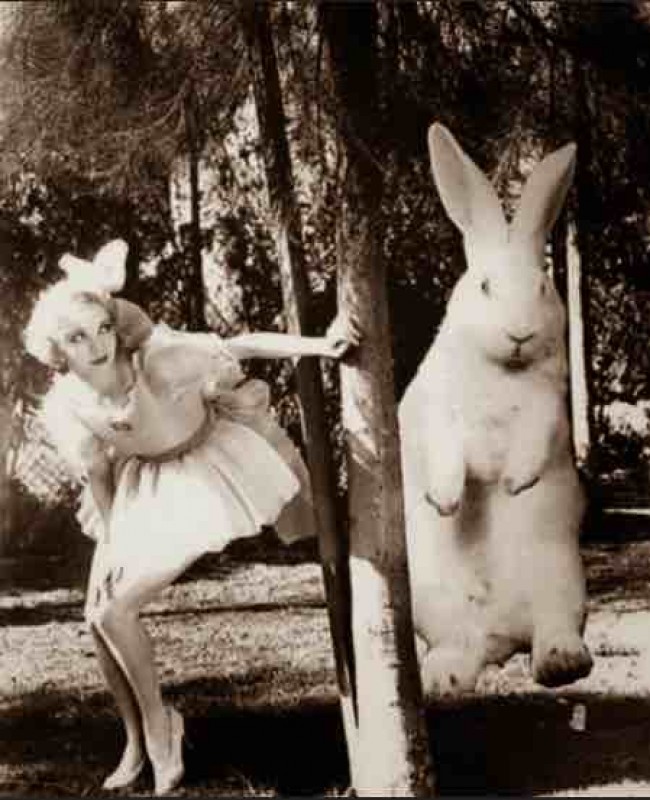 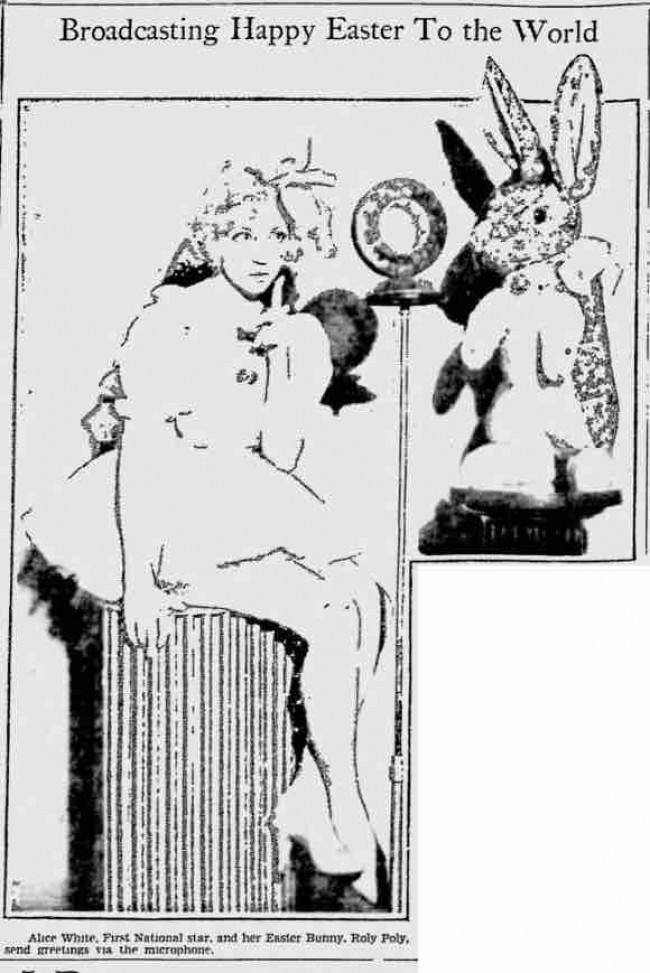 
Comments
I daresay it's because of the White Rabbit from Alice in Wonderland.
Posted by Richard Bos on 01/12/17 at 06:57 AM
Go to the newspaper link and scroll down. There is a column "I Dare Say". I dare you to be able to identify ANY of the people described.
Posted by JohnD1 on 01/12/17 at 07:32 AM
I doubt the top image came from a mainstream newspaper or magazine.
Posted by RobK on 01/12/17 at 10:48 AM
That second photo must have been taken during rehearsals for the girls' version of "Harvey."
Posted by KDP on 01/12/17 at 10:55 AM
@JohnD1 -- Sorry to disappoint, but I knew two right off the bat, suspect I know one other, and think one is slightly garbled in its facts.

The Mayo brothers (William and Charles(?)) made millions as doctors and left most of it to their clinic.

I think the person who was regarded as a prophet and seer who Roosevelt refused to meet was Gibran (sp?).

As to the discovery of a planet, I think they probably mean Lowell 'discovered' Pluto, but it wasn't actually seen until years later. Actually, someone else did a theoretical discovery years earlier. Lowell looked for it but didn't recognize it when he was able to photograph it.
Posted by Phideaux on 01/12/17 at 11:13 AM


@RobK -- Pictures like that weren't uncommon. They fell into a sort of "it's only dirty if you have a dirty mind" category. If it could seem like it was from an age of innocence, it was fair game. Movie studios' holiday promo pics were rife with such things. http://i.imgur.com/Y0a30lZ.jpg
Posted by Phideaux on 01/12/17 at 11:28 AM
I'm sticking with Grace Slick's version of the White Rabbit.
Posted by Virtual on 01/13/17 at 01:18 AM
Commenting is not available in this channel entry.