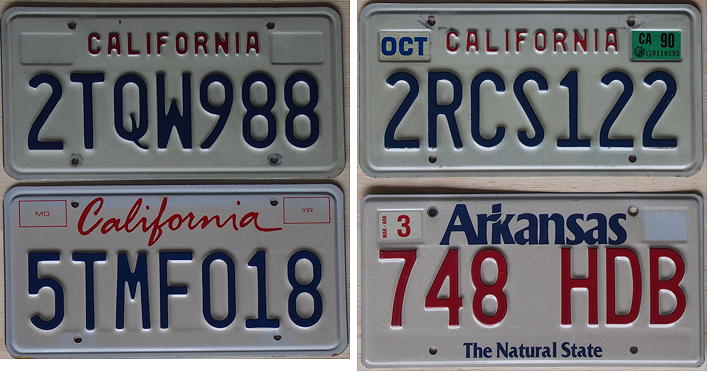 Some of the more offbeat themes he has include: 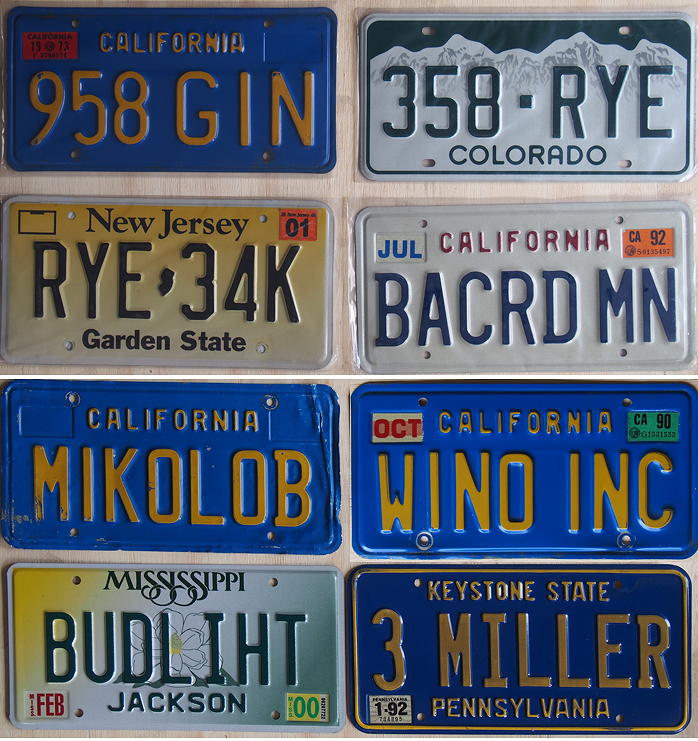 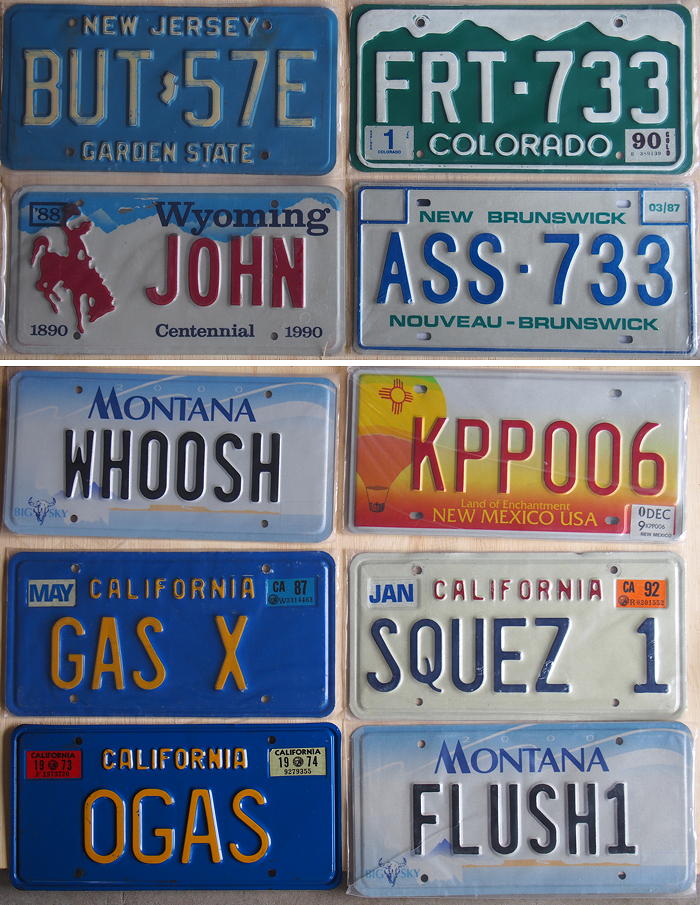 Risque humor (it's actually amazing these made it past the censors at the DMV, since they're quite puritanical): 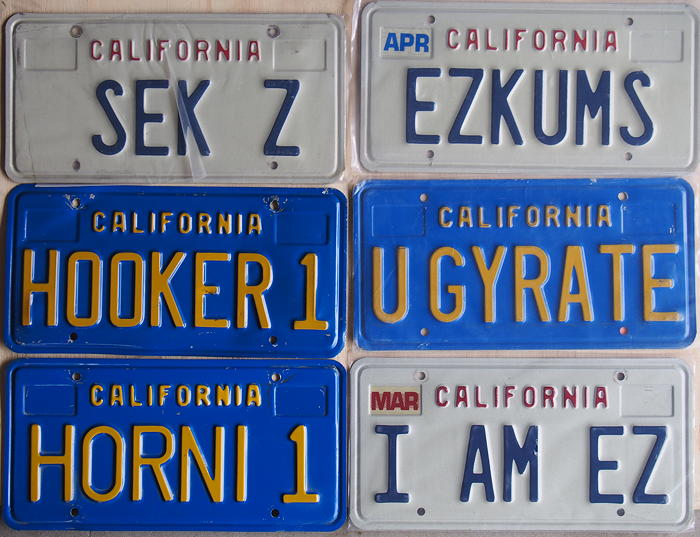 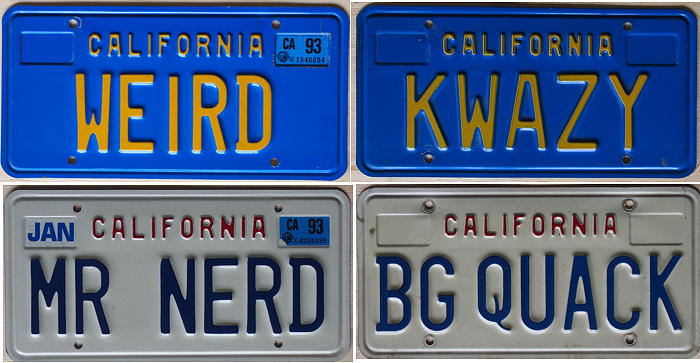 Paul occasionally goes to the plate conventions, and when he does he usually puts together a display board to show off a part of his collection. Both of the boards below won prizes. This first one features more 8s (strings of them). 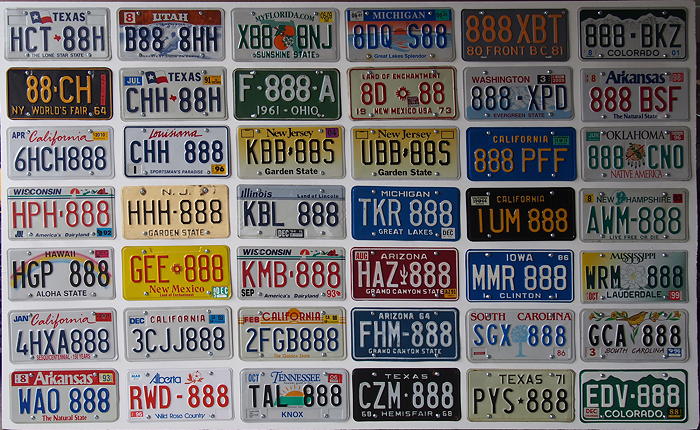 While this second one shows sets of matching plates from different states. Pause to consider how difficult it must be to find these matches. In order to recognize a match, when he's out searching through junkyards or antique stores, Paul has to remember all the plates he has back at home, which he admitted that he is, indeed, able to do. I asked if he has a computer database of his collection. But no, it's all in his head. 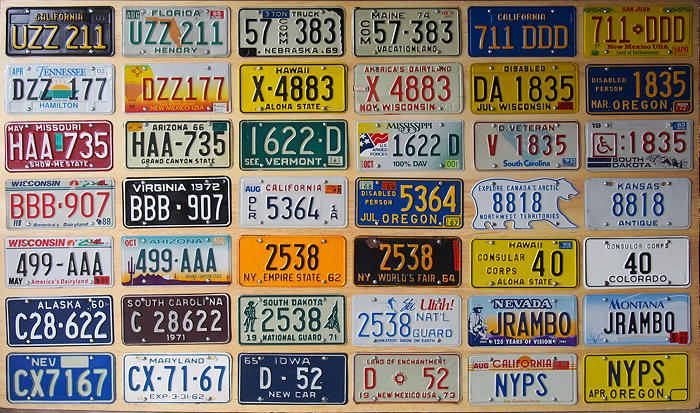 Paul is now 69 and he's been collecting plates for, essentially, his entire life. In fact, he still has the very first plate he ever owned, which hung on his tricycle when he was 4. 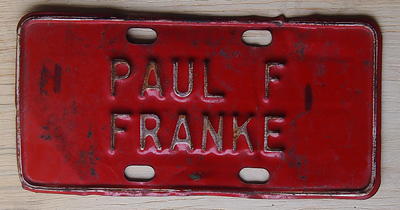 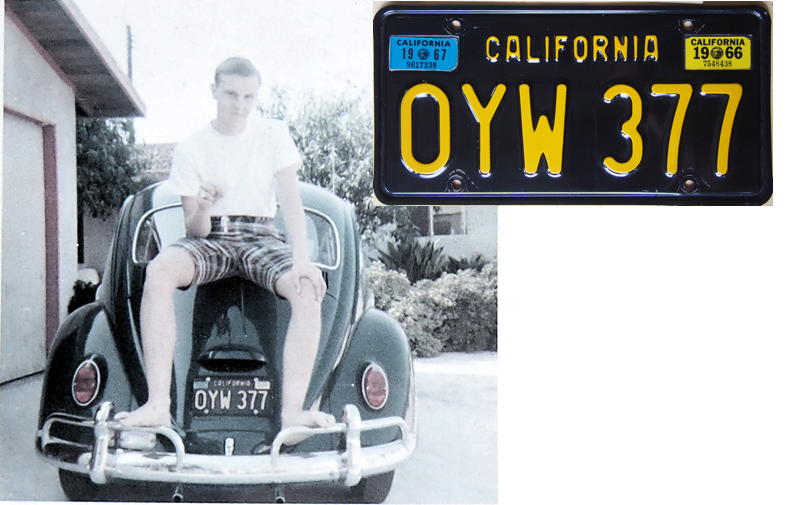 If you ask him what his oldest plate is, this is what he shows you: 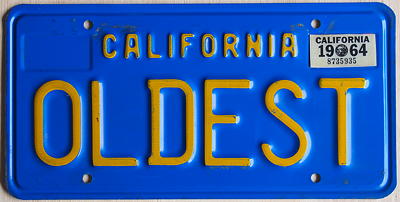 (Though, if I recall, the actual oldest plate he owns is a California plate dating back to around 1905.)

One of his favorite plates is his "ICE HOLE" plate (bottom left), which was a vanity plate that he personally ordered from the DMV while he was working as a driver for an ice company. He says the DMV initially resisted giving it to him, since it sounded too much like A** Hole, but he convinced them that it was work-related. Later, he found a matching plate from Alaska.

He has so many plates, that he was even able to put together a greeting for me:


Comments
Loved this one. Thanks Alex!
Posted by crc on 05/02/19 at 07:45 AM
Commenting is not available in this channel entry.