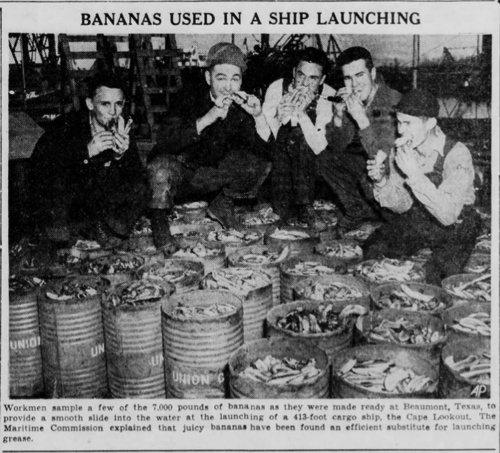 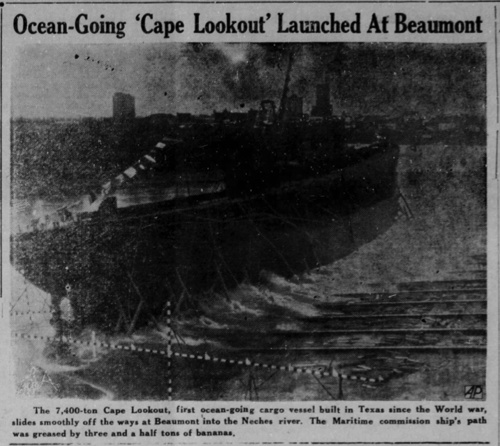 
Comments
Hold on... juicy bananas? Is this why bananas are always much more slippery in USAnian comedies than in real life over here? Are your bananas actually more juicy than ours? Inquiring minds need to know!
Posted by Richard Bos on 06/19/14 at 10:38 AM
What a concept - I must say that the bananas would be a lot easier to dispose of after serving their purpose.
Posted by KDP on 06/19/14 at 12:52 PM
We learned some interesting things about bananas when visiting the island of Dominica. (Which BTW is our favorite tropical island)

1. They are no longer grown from seeds. The tree/stalk produces and then is chopped down. Bananas are harvested very green and mostly inedible. They ripen in shipping to a state just before they turn yellow. A new tree grows from the rizones in the chopped down plant.


. . . and bananas are totally, 100%, completely bio-degradable! Grease isn't.
Posted by Joshua Zev Levin, Ph.D. on 06/19/14 at 02:46 PM
I read recently that there's a banana crisis looming. Nearly all bananas destined for the U.S. market are of one kind, and a new disease is targeting it. It's already wiping out banana plantations in Africa and is sure to spread worldwide.

There's an urgent need for a new strain/variety which is resistant to the disease, but developing it will take time, and replacing existing plantations will take longer.

More than one expert is predicting that there will be shortages and that banana prices will rise significantly within the next few years.
Posted by Phideaux on 06/19/14 at 08:08 PM
I assume Phideaux is talking about this:

http://www.economist.com/news/international/21597963-huge-export-industry-battling-survival-two-fronts-yes-we-have-no-bananas
Posted by BrokeDad in Midwest US on 06/19/14 at 08:29 PM
The Cape Lookout went into the Navy in May of 1941 as the Fomalhaut; she had a short but exciting career in the Pacific Theatre. She carried cargo and supplied combat vessels participating in many historic battles; basically handing bullets to the gunfighters. She carried soldiers home during Operation Magic Carpet and then disappeared into the mists of history in 1946.
Posted by roadgeek on 06/19/14 at 08:34 PM
Like "The Man" said, "Invention is the mother of necessity."


@Richard: You've got to let them turn black so the oil leaches into the fruit for the 'slippery' to get a good hold.
Posted by Expat47 in Athens, Greece on 06/20/14 at 12:11 AM
I saw a documetery on Vikings. They used fish guts to grease logs so they could portage their long boats.
Posted by BMN on 06/20/14 at 01:16 AM
About 15 or 20 years ago a paddlewheel boat was launched on Table rock Lake in Branson, MO. It was called "The Branson Belle." They used bananas to grease the launch rails because the state Dept of Natural Resources wouldn't allow them to pollute the lake with any kind of grease. Apparently it worked out pretty well.
Posted by Rex on 06/20/14 at 11:42 AM
Clever idea, I wonder if the original plan was thought up while watching the Three Stooges or something similar.
Posted by Patty in Ohio, USA on 06/21/14 at 07:45 AM
Commenting is not available in this channel entry.