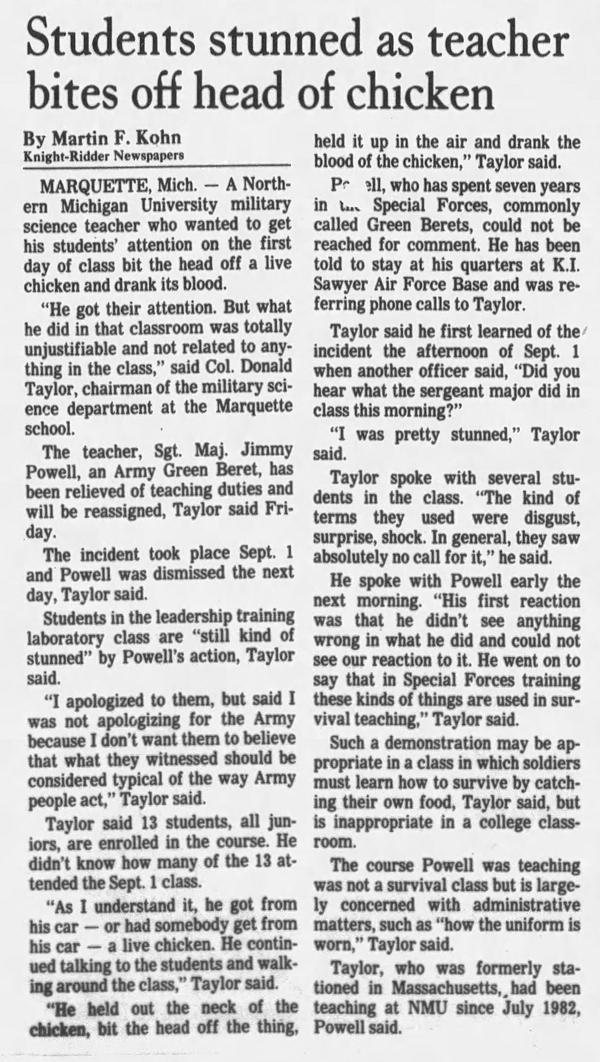 As for the Pre-Game Frog Head Biting, this is why we called that place "Oh, golly."

I have to admit it: that's one way to teach your students Geek Pride!
Posted by Richard Bos on 01/02/21 at 04:39 PM
Commenting is not available in this channel entry.