Back in 1905, celebrities of the day were asked to try to draw a pig while blindfolded. The results were printed in The Strand magazine: 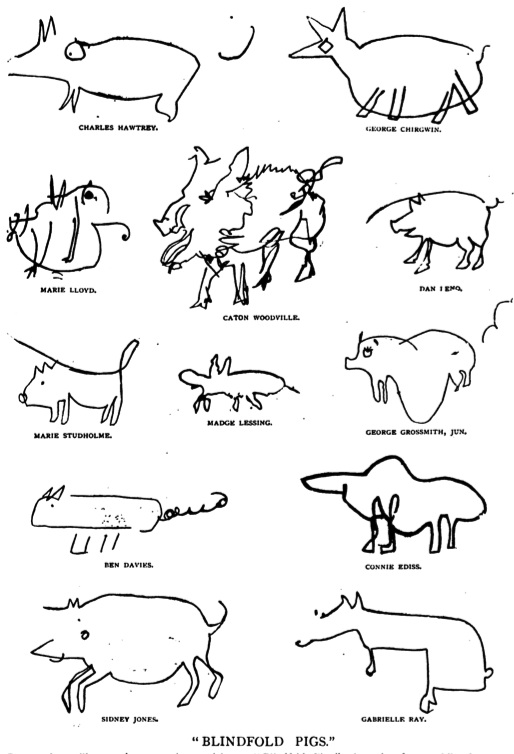 Most of the names I don't recognize. But I do know Caton Woodville (middle of the second row from the top). He was an artist who specialized in war scenes, such as his rendition of the Charge of the Light Brigade. I'm guessing his paintings aren't cheap. But I wonder how much his blindfold pig would go for? 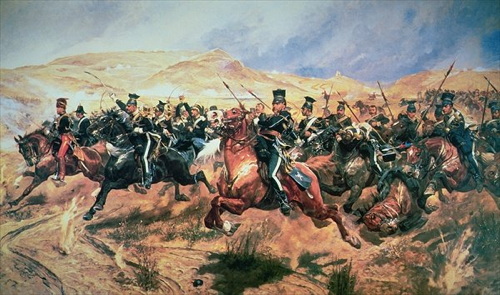 
Comments
Why are all the pigs facing left except possibly the first on the second row? Only two have an "accurate" representation of the pig and the worst, argruably, is the one true artist that emerged from the group. Just some comments.
Posted by jim dukes on 04/07/13 at 10:31 AM
I like the fat-belly pig (3rd row right) that just cut the cheese.

The artist's picture looks like s cross between a sheep and a wolf. Also the second one up from the bottom on the right looks like a buffalo.
Posted by Patty in Ohio, USA on 04/07/13 at 05:47 PM
Marie Lloyd, Dan Leno and Charles Hawtrey were Music-hall singing stars, Marie Studholme, Connie Eddiss and Madge Lessing actresses
Posted by Rob C on 04/07/13 at 06:52 PM
George Grossmith Jr. was the son of George Grossmith, co-author (with his brother, Weedon Grossmith) the the humorous novel Diary of a Nobody. The son was an actor.
Posted by ges on 04/07/13 at 11:28 PM
Commenting is not available in this channel entry.