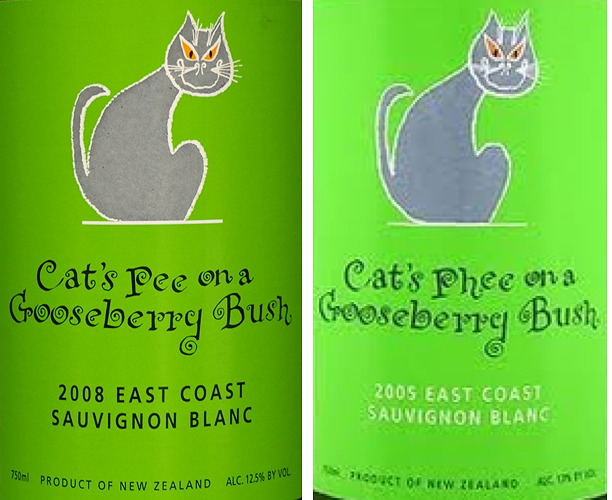 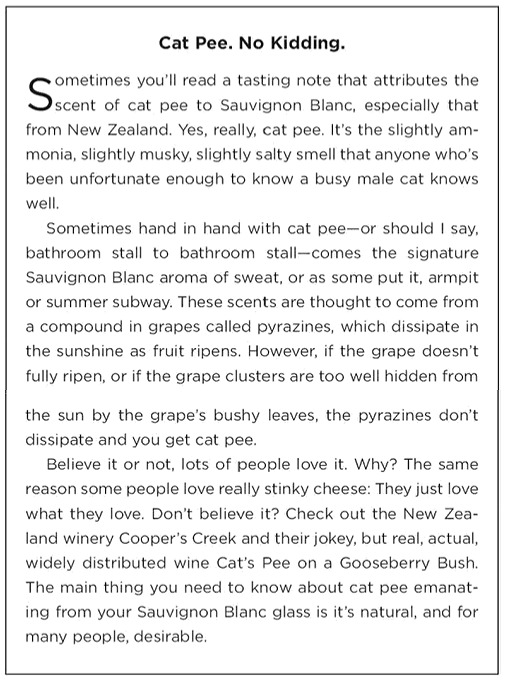 
Comments
At the "wine humour" link, Wikipedia tells us that wine jokes may only be amusing to wine obsessives. I'll buy that. However, I do like the name of the South African "Goats do Roam" wine. After the INAO protested at the similarity of this name to the French appellation Côtes du Rhône, the winery counter-protested with a herd of goats outside the French embassy.
Posted by Virtual on 06/15/18 at 09:57 AM
We have a local winery (yes, Minnesota has grapes as well as apples) called "Smoking Loon". The cork (used to) say "Whooh Whooh Whooh Whooh Whooh Cough Whooh. Do a Google image search for Coughing Look Cork and you'll find a bunch of photos. The vineyard has gotten all pretentious since they've won some awards, so I don't know if they still have a corporate sense of humor.
Posted by mjbird on 06/16/18 at 12:04 PM
Personally I can't make out the various flavors or odors described by some during wine tasting. Cat Pee, indeed. I think it's just a ploy that people use to make themselves look important. If there isn't too much tannin in a red or a white that isn't too sweet, I'll usually drink it without complaint.
Posted by KDP on 06/16/18 at 06:29 PM
Commenting is not available in this channel entry.