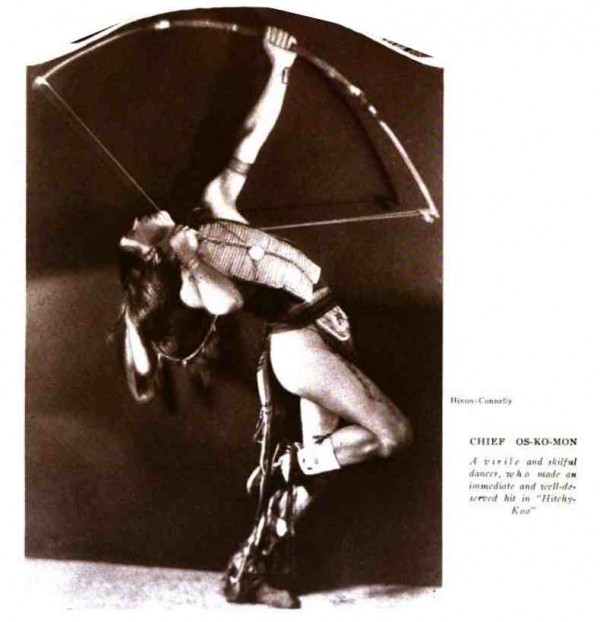 Comments
That music sounds awfully Hollywood Plains Injun to me.
Posted by Expat47 in Athens, Greece on 06/16/15 at 09:55 AM
The chief could have been a rock guitarist - he had the back-arch pose.
Posted by KDP on 06/16/15 at 10:24 AM
Chief Os-Ko-Mon was touring in Hitchy Koo 1919 with Princess White Deer (Mohawk), they were two of the top billed and paid performers on this strange Cole Porter written musical revue. He was widely acknowledged by his tribe in the newspaper reviews at the time, as was Princess White Deer. He is part of a legacy of "Show-Indians" in the post- manifest destiny America.
Posted by Christiana on 10/26/15 at 05:25 PM