Swordsmanship shows often used to include demonstrations of the ability to cut a dead sheep in half with one stroke.

I've never been to a swordsmanship show, but I'm guessing that this particular display of ability is no longer a standard routine.

I'm also guessing that it must be pretty hard to do. 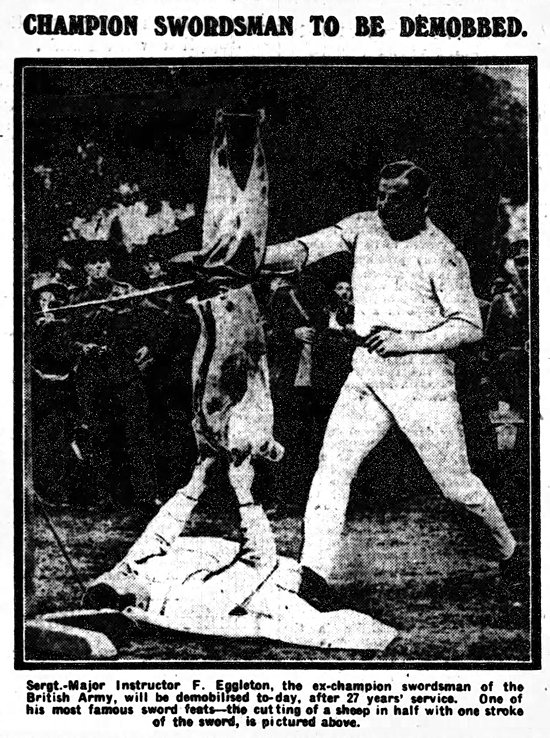 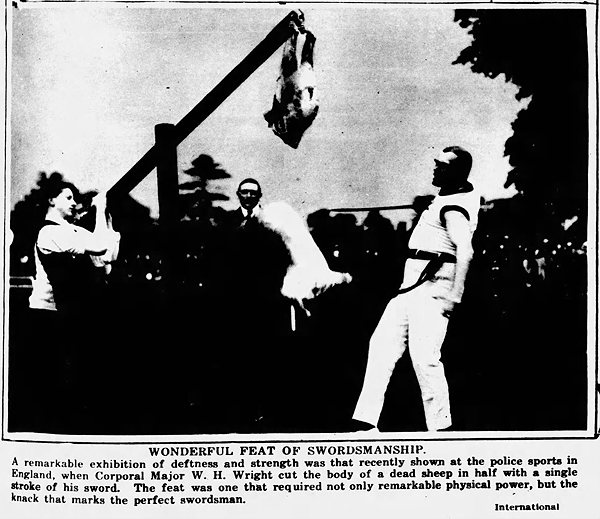 
Comments
That looks very much like the demonstrations given for a samurai swordsman's prowess.
Posted by KDP on 04/06/22 at 10:46 AM
Meh. Beside the pig, the hardest task is being done by the guy in the first picture, who is laying below, holding the lower part of the carcass. He's about to get some free pork salad. He is just the top half of a man, having been cut in half during a previous display.

More impressive, IMHO was a demo by a local blacksmith of a knife he made. He cut thru a 1" rope which was hanging free – not being stretched out from below.


Maybe the "bottom" has camo pants, which would be invisible in the picture? Or maybe he's standing in a hole in the ground? Besides that, the "pig" in the picture is a sheep. It's written at the bottom of the picture.
Posted by Yudith on 04/06/22 at 11:56 AM
That was a standard test on the tv show: "Forged in Fire." Blacksmiths/blade makers compete to recreate an historic weapon, and the result goes through several tests. For swords, the strength test was often slashing a sheep or hog.

The only reason it took two swings was because the sheep hadn't been skinned.

The best part, for me, was always the articulate, sophisticated judge, who maybe liked slashing a little too much, declaring: "It will kill."

Now, cutting a full-grown bull in half, that's another job.
Posted by Richard Bos on 04/09/22 at 09:15 AM
Commenting is not available in this channel entry.