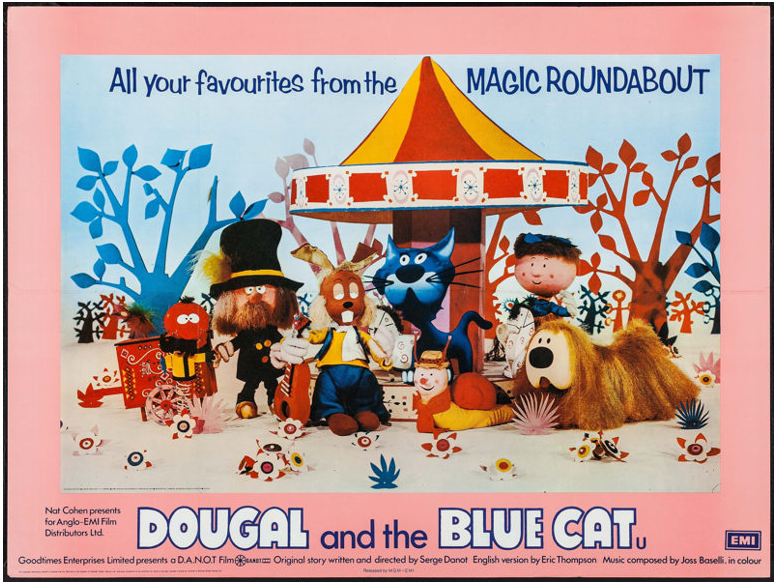 Comments
Have you done the other kind of Magic Roundabout yet, the ones in Swindon and Hemel Hampstead?
Posted by Richard Bos on 06/19/22 at 04:27 AM
Richard--this is my--and WU's--first encounter with THE MAGIC ROUNDABOUT. Which other ones do you like?
Posted by Paul on 06/19/22 at 01:35 PM
Well, I never saw this film, but a while ago Auntie Beeb replayed the series. That has rather more absurdity and less overarching plot in it - of course, being a (children's) series, not a film. So, well, not much to choose between, I think. They're all charming; there's no such thing as a Magic Roundabout equivalent of From Russia With Love.
(Do avoid, though - or at least watch with skepticism - the 2005 film. It doesn't have the same sense of whimsy at all.)

As for the Swindon one, that's the other kind of roundabout. It's not a merry-go-round, or a television series about one, but an absurdly over-complicated traffic circle which has to be seen to be believed. It was named after the television series, but that's about all it has to do with it.
Posted by Richard Bos on 06/26/22 at 08:29 AM