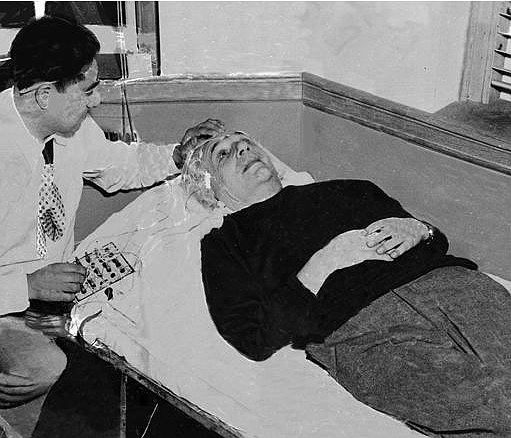 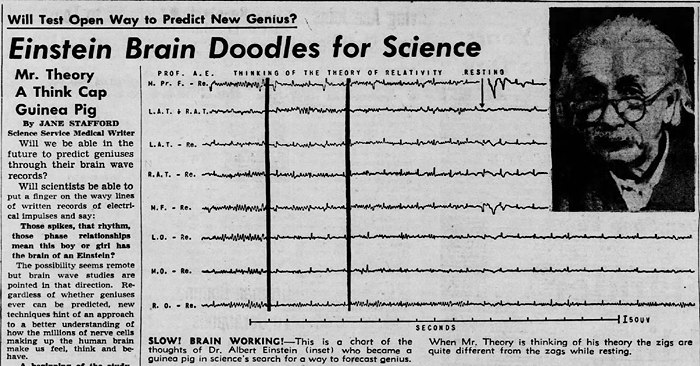 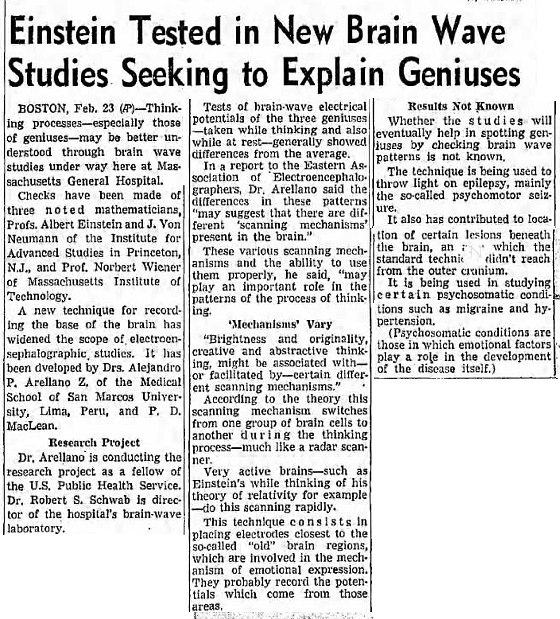 
Comments
Prof. Norbert Wiener was one subject. If he is Anthony Wiener's father, we may be able to go back and see what the the scanning mechanism of perversion looks like on paper.
Posted by Virtual on 07/26/17 at 01:05 PM
I remember a story that Einstein's brain is kept in a jar at Princeton U. Apparently someone thought that by looking at his physical brain in detail that his secret could be found. And apparently it seems no different than any other normal human brain, so that came to nothing.
Posted by KDP on 07/26/17 at 01:20 PM
I was told one a while ago:


Congratulations, 1950 scientists. You just learned what brain waves look like when someone is thinking about science.
Posted by Yudith on 07/27/17 at 03:31 AM
Virtual: It's Norbert Wiener and Anthony Weiner. (And Norbert died before Anthony was born.)