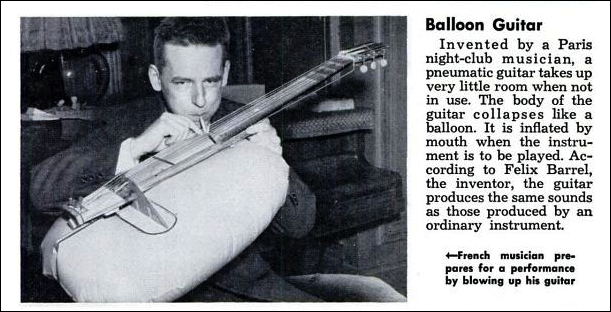 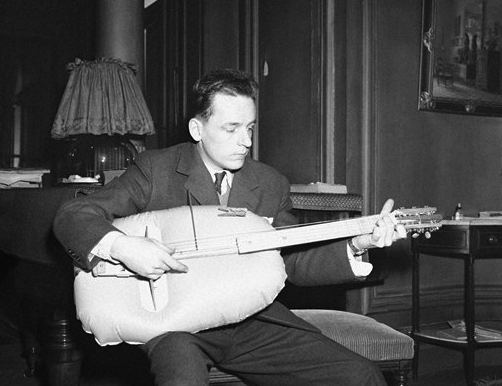 Comments
Solid body guitars came along in (at least) 1951 so this dude was already exerting negative pressure on the hindmost mammary with his idea.
Posted by Expat47 in Athens, Greece on 10/05/12 at 09:13 AM
I'll bet he had a topless girlfriend who played an accordion in the same bar.

This adds a new meaning to playing "Air Guitar"

Just a thunk. If Jimi Hendrix had this guitar at the Montery Pop Festival and filled it with ox-acetylene, it would have been an even more explosive performance. 😊
Posted by BMN on 10/05/12 at 12:32 PM
I guess it's a little better than the cardboard guitar kit.