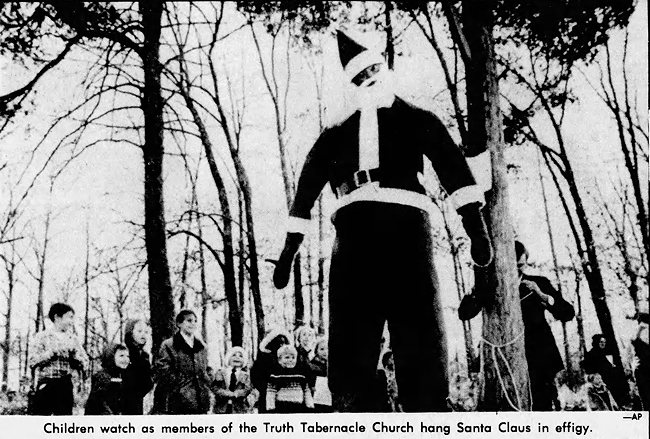 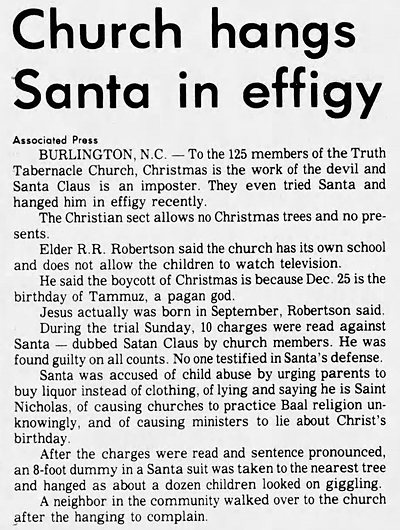 Once, a just slightly pompous person used the phrase: "hung him in effigy" during a conversation. I asked: "Was that Effigy, France or Effigy Italy?" Those who knew me smiled; the ones who didn't had strange looks.

On the flip side, Ernie Chambers (state legislator and all-around outrageous person) sued God for "widespread death, destruction, and terrorization of millions upon millions of the Earth's inhabitants."
Posted by Phideaux on 12/23/21 at 12:03 PM

Wikipedia directs "Tammuz" (actually born on Dec. 25, according to the 'Truth' Tabernaclers) to Dumuzid, an ancient Mesopotamian god who failed to mourn his wife's death. Naturally, when she returns from the Underworld, she allows the demons to drag him down to the Underworld as her replacement.