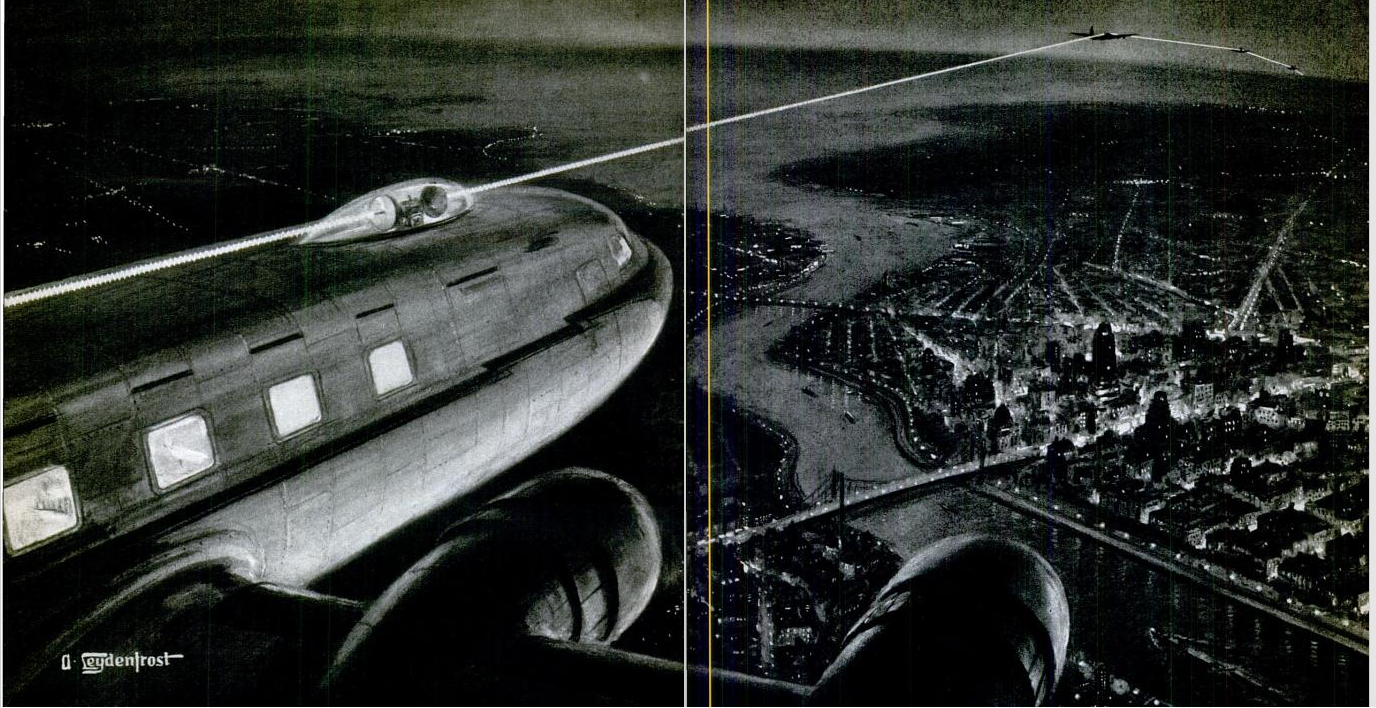 Comments
Note that the date is about a decade before the launch of the first satellites for telecommunication purposes. The idea of relay stations is there, but there are too many involved in the chain, which could lead to failure if a station is out of the chain for any reason.
Posted by KDP on 10/22/20 at 08:31 AM
Some sort of death ray to shoot down Nazis, I figured.
Posted by Virtual in Carnate on 10/23/20 at 09:41 AM
By 1945, Arthur C. Clarke had worked out the theory behind geostationary communications satellites. So by 1951, even though there were a great many technical details to solve, it was an idea many scientists were working on. Then again, there were a huge number of technical and logistical problems in a plane relay. I can’t believe that idea was ever seriously considered.
Posted by Jim Petty on 10/24/20 at 07:19 PM