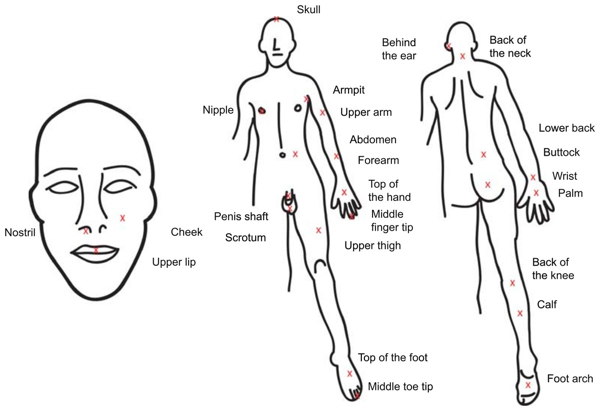 
Comments
Now that's dedication for dubious research. And Mr. Smith truly deserved that prize.
Posted by KDP on 01/31/17 at 10:44 AM
In the Kama Sutra bee or wasp stings were used to enlarge your ling-am along with nettles. I do think he deserves an Ig Nobel prize!
Posted by BMN on 01/31/17 at 11:26 AM
I can vouch for the pain of being stung on the top of the hand, although it was by a wasp, not a honeybee.

Perhaps this will inspire research using other insects. A few years ago, I was working outside my home (which is in a wooded area, not in the lowest level of a former iron mine), and a wood tick attached itself to the inside of my navel. Major pain ensued, which necessitated a trip to my physician.
Posted by Fritz G on 01/31/17 at 03:45 PM

Last year, there was the story of some guy down under, who was bitten by venomous redback spiders (their version of the black widow) twice in less than 6 months. I know, a spider isn't an insect, but it was on his schlong, both times. He's been called the 'Unluckiest Man in Australia.' It must be a great subject for the singles' bar conversations.
Posted by Virtual on 02/01/17 at 11:53 PM
Commenting is not available in this channel entry.