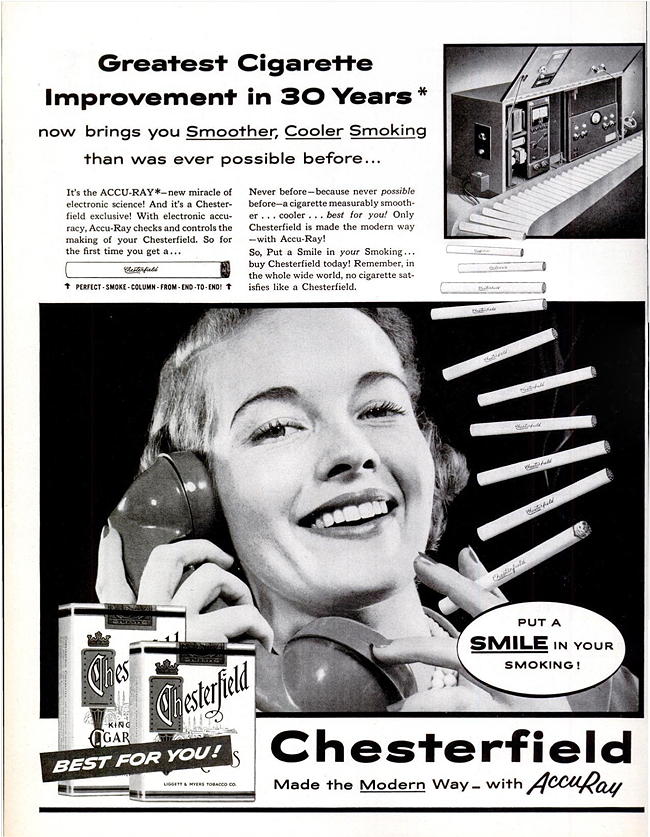 Comments
She looks like the trusty Accu-Ray is filling her cigarettes with the loco weed.

A friend had a 100-cigarette-a-day habit. He said he always had one burning. His wife said she saw him smoking in the shower. He quit.

@Virtual -- If this was from ten years later, I might agree she's getting more than nicotine.

In the late 1960s, there was a rumor the tobacco harvest in Turkey was bad, so farmers were cutting weeds and adding them to the loads they delivered to the exporters. The weed of choice, because of its weight and prevalence in the area, was cannabis. Turkish ditch weed wasn't on a par with Acapulco Gold, but it was said to be pretty decent. I always thought this was a guerrilla marketing ploy by Camel to increase sales to young smokers, but it could have happened.
Posted by Phideaux on 11/23/20 at 11:35 AM