In 1830 Mr. Wheatstone, a solicitor of Chancery Lane died and left the following will, which was admitted to probate:


As far as I can tell, this is the first time anyone ever used this rhyming will, but it definitely wasn't the last. It caught on, and many other people subsequently used the exact same poem as their final will (slightly updating the language to make it more modern). It continued to be used at least up until the 1950s. I'm not sure if anyone has used it since then. 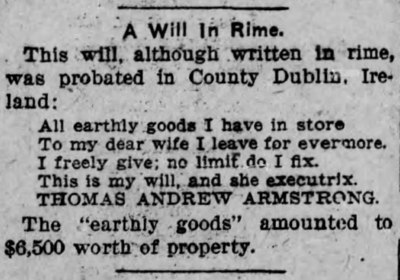 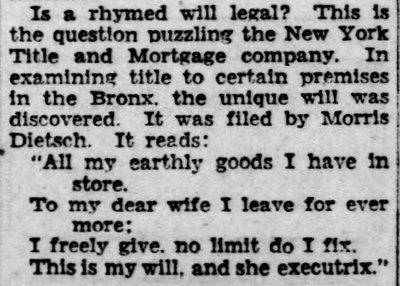 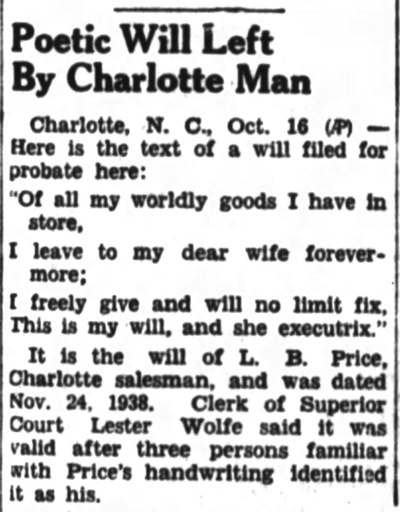 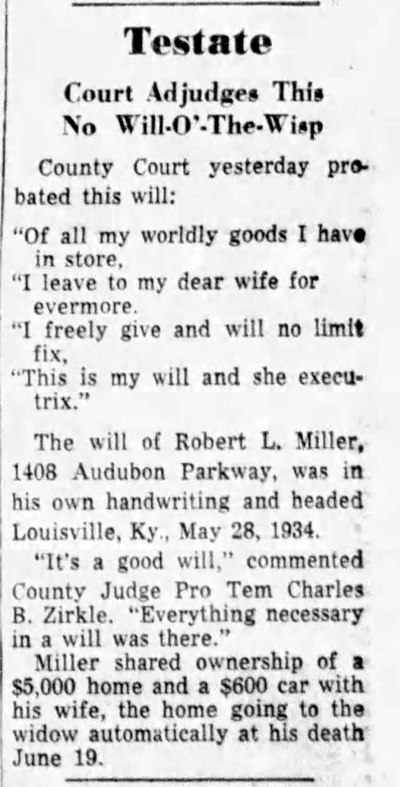 
Comments
Who thought that legalese could be short and to the point?
Posted by KDP on 02/20/17 at 09:24 AM
Commenting is not available in this channel entry.