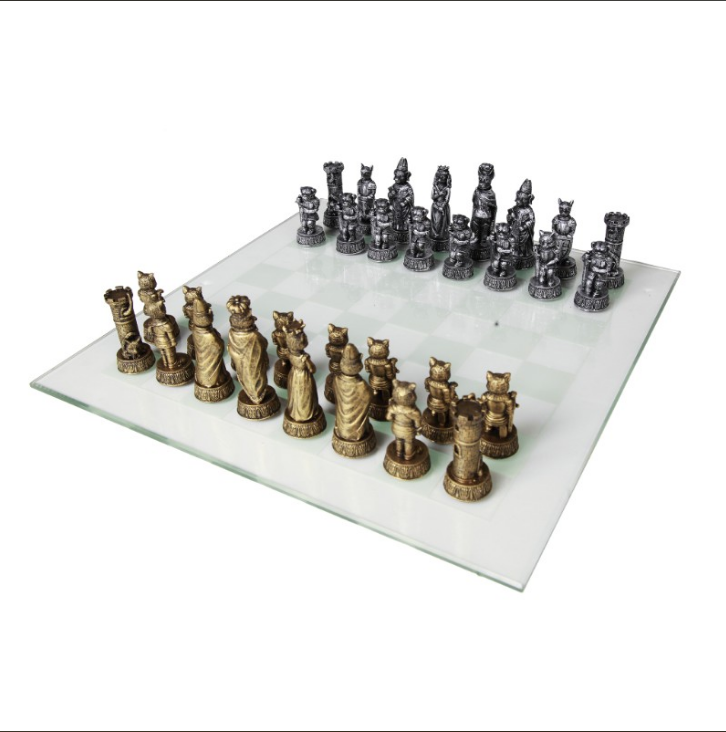 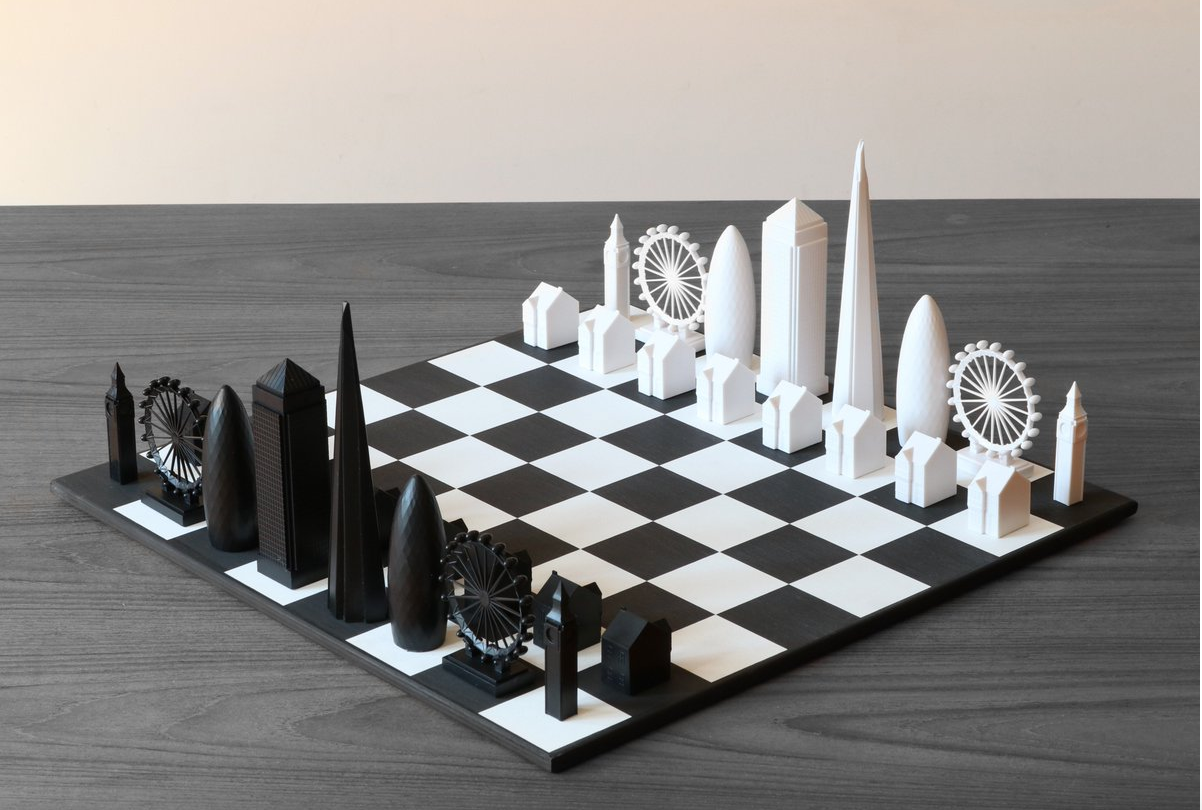 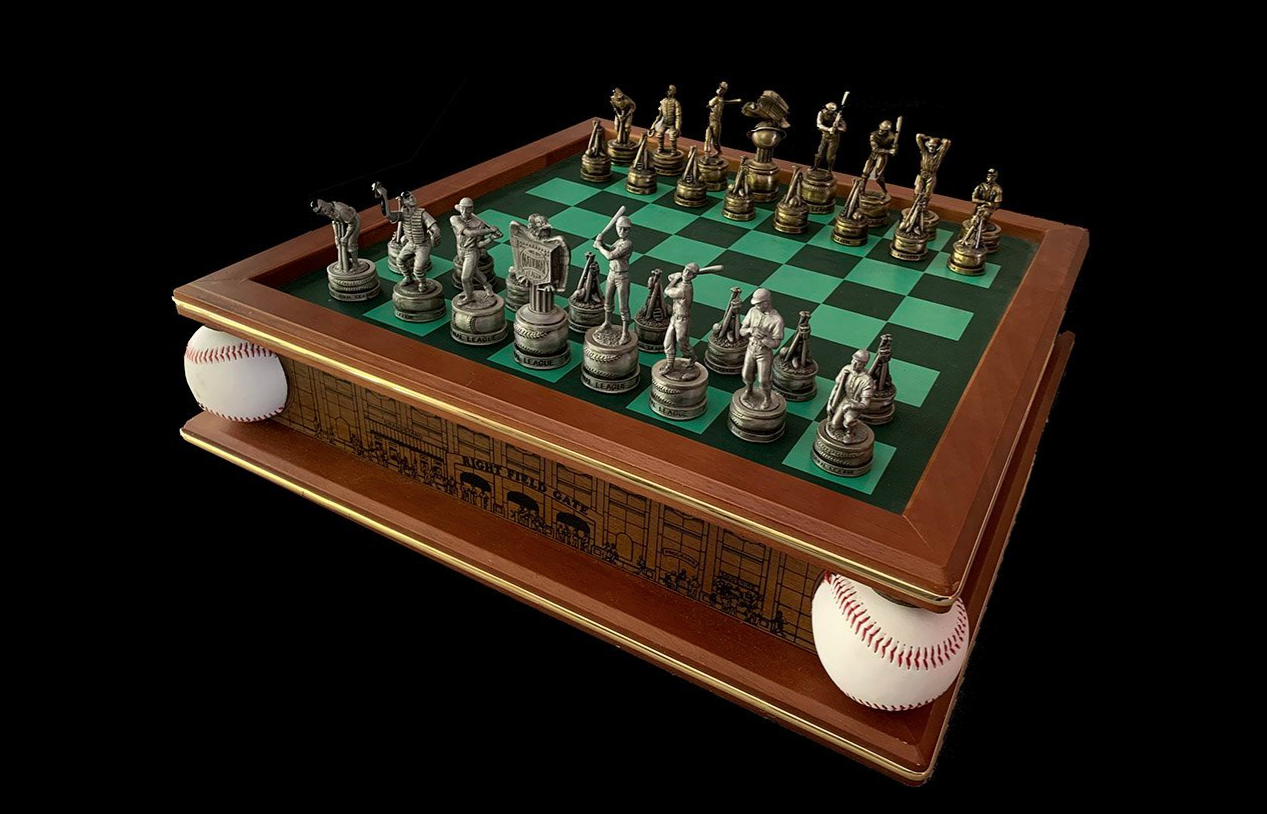 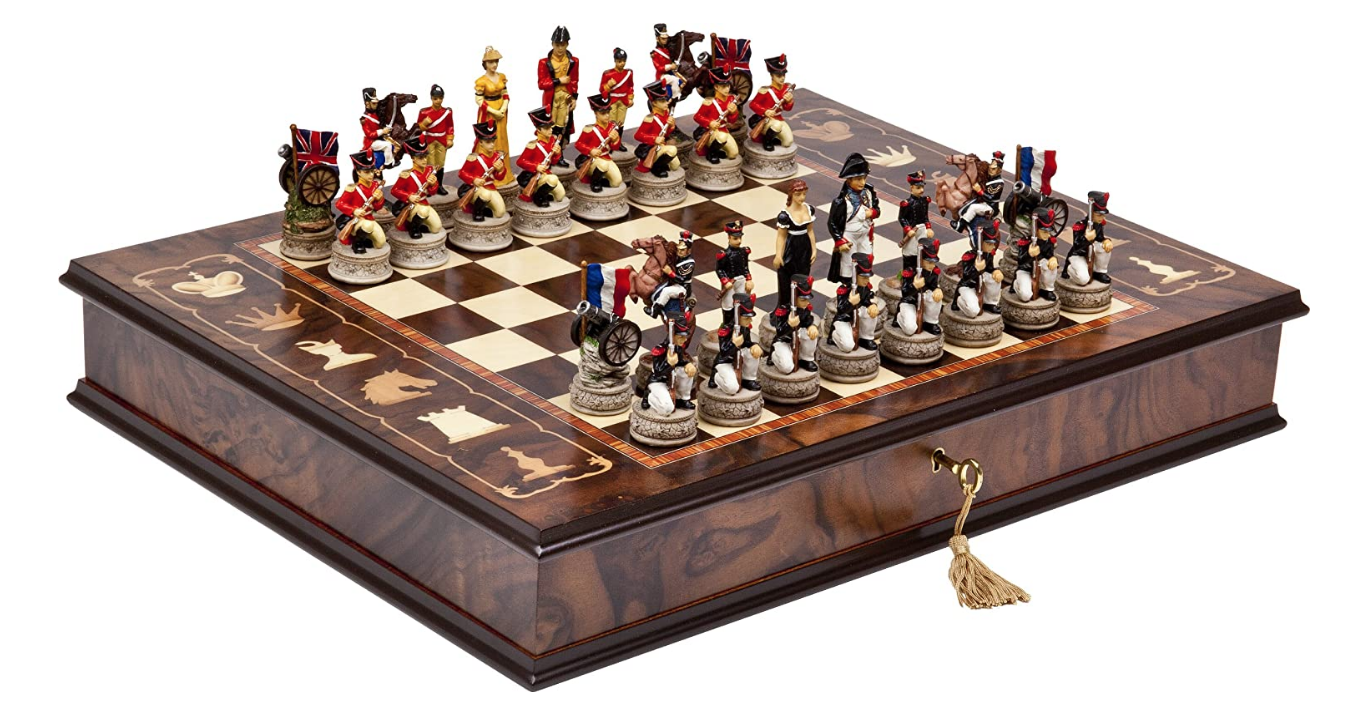 Posted By: Paul - Sun Aug 02, 2020
Category: Excess, Overkill, Hyperbole and Too Much Is Not Enough | Games | Ineptness, Crudity, Talentlessness, Kitsch, and Bad Art


Comments
I'm still waiting for someone to come out with a really great dinosaur set. Or Draglings! (Randal Spangler) Those could be fantastic.

I kind of have issues with the architectural set shown. The king has a pointy head, and the queen is several times' his girth? The bishops are the world's ugliest skyscraper, bar none, and the knights are pointless.
Posted by Phideaux on 08/02/20 at 07:19 PM

There's no end to these things:
http://www.home-designing.com/2014/04/30-unique-home-chess-sets
Posted by Virtual in Carnate on 08/03/20 at 11:52 AM
Ooh, that "architecture" one is specifically of some of the worst carbuncles on the modern London skyline. The Eye, the Shard, the... let's be family-friendly and say Gherkin - rotten mirror-glass-and-white-steel neo-con atrocities, the lot of 'em. A pity they had to drag the Bell Tower into it. Let's have one with St. Paul's, the Abbey, the Monument and Mansion House instead.

Napoleon sets are a dime a dozen. So are other royal/imperial/military ones. American Revolution, Franco-Prussian, Chinese emperors for European consumption, Queen of Hearts vs. White Queen... Some of them are even playable.

I have a Lego chess set. It's very amusing, but unfortunatly it's impossible to play with. Still, better than most novelty sets.
Posted by Richard Bos on 08/08/20 at 09:30 AM
Commenting is not available in this channel entry.