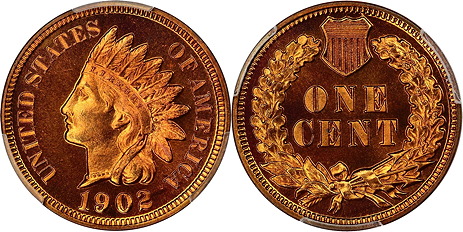 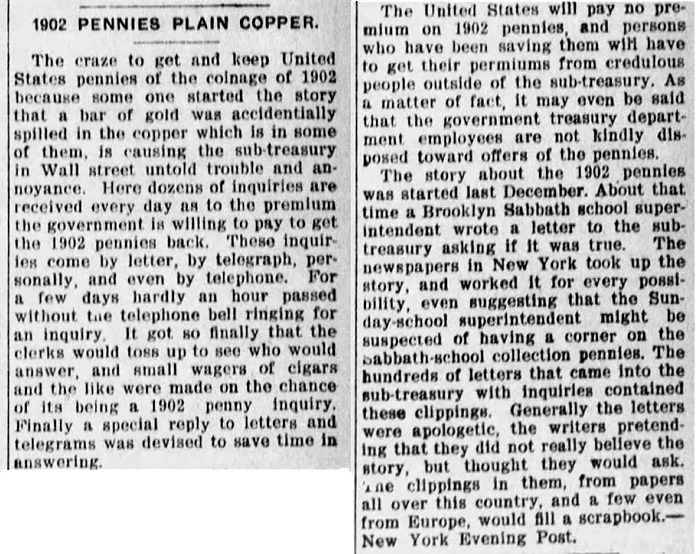 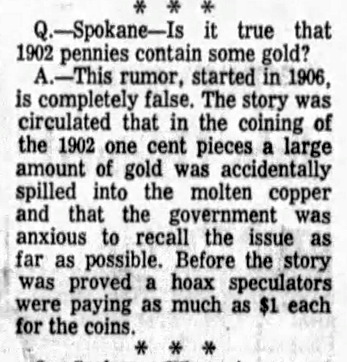 Comments
I'll be damned. I decided to collect pennies for a while when I was a kid. Early on, someone told me the 1902 penny was worth more, so be sure to look for them. This story didn't include the part about the gold bar, however; there was some other reason. I didn't know until I saw this posting that it was a joke/hoax/misinformation, probably started by a fishmonger in New York.
Posted by Virtual in Carnate on 07/10/20 at 11:40 AM