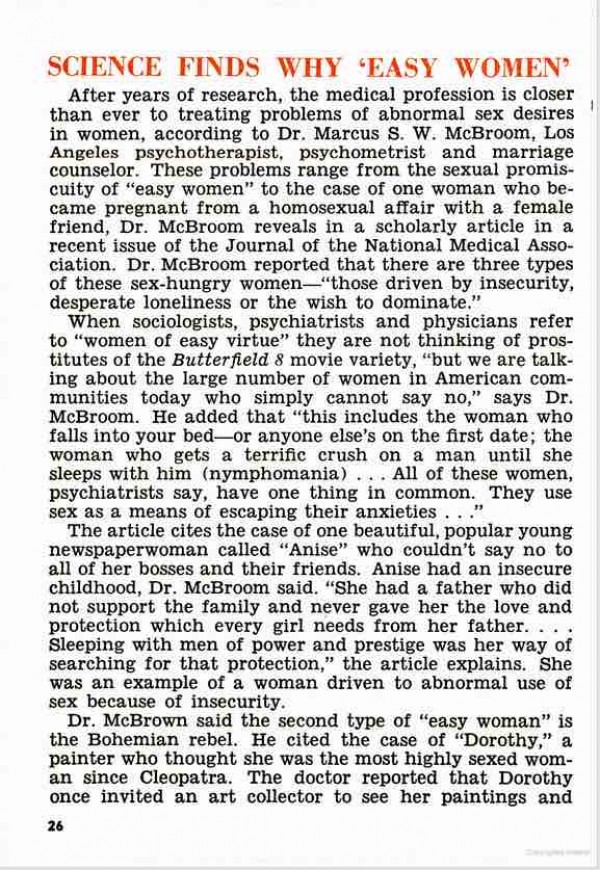 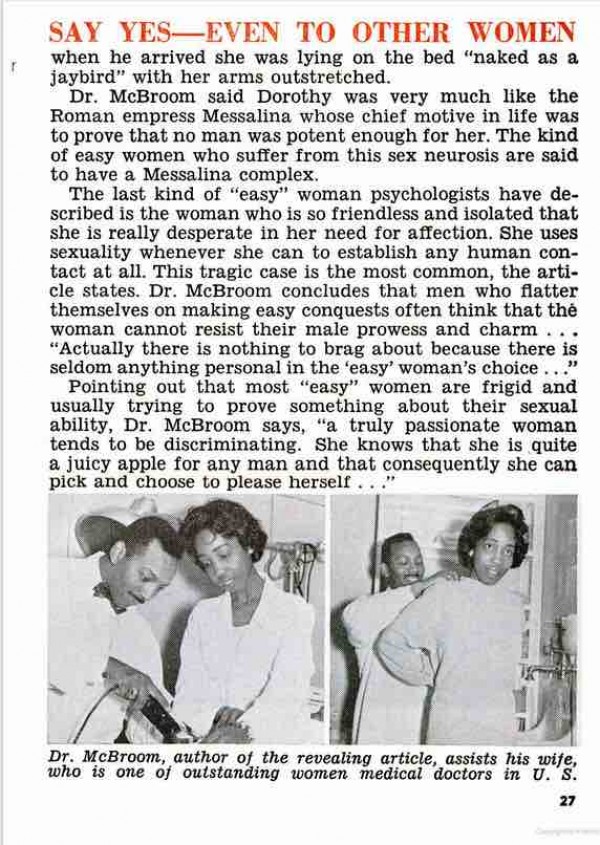 
Comments
"... the case of one woman who became pregnant from the homosexual affair with a female friend..."

Do you know how to cure MEN's deviant sexual behavior? Castration and a lobotomy.
Does that perhaps express just how retarded I think this 'study' is?
Posted by Patty in Ohio, USA on 06/13/16 at 01:31 PM

I'm sure this study is correct for some "easy" women. I'm equally sure it's just as correct for some "studly" men. I'm even more sure it's not true for the majority of either of them, but that'll never get published.
Posted by Richard Bos on 06/13/16 at 05:04 PM
I tracked down the original article. "A Clinical Appraisal of Some Sexually Promiscuous Females."