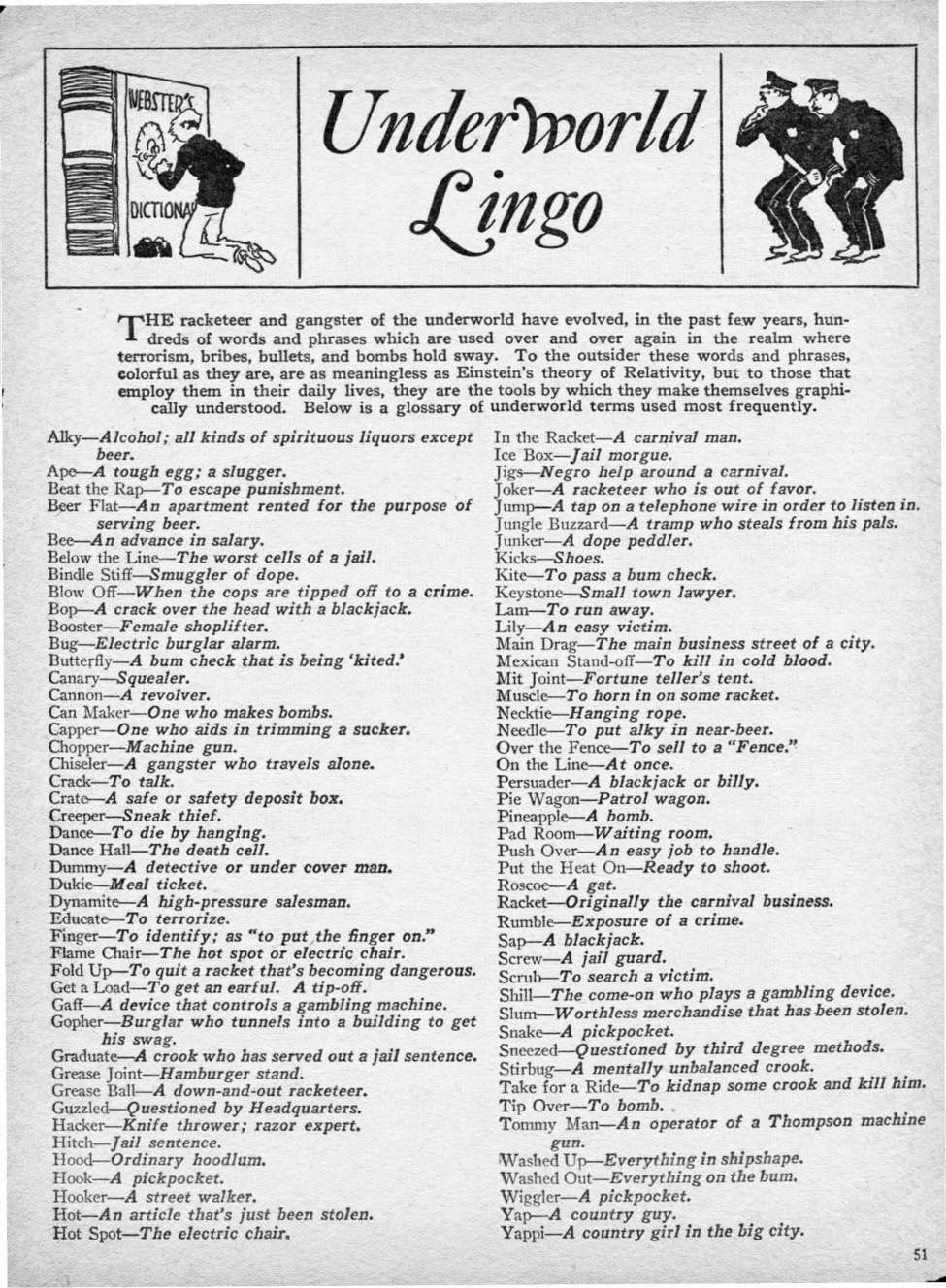 It's not that odd to hear someone say they beat the rap, they got fingered, or they know a hooker, all of which are in the list above.

If you look at lists of marijuana lingo in the 1930s-40s, you'll see a lot of words commonly used today -- walk around Denver, and you'll hear people call it weed or pot, smoke joints or blunts, and still get zonked or wasted. And don't forget that the 1940s term for a makeshift roach holder became the name of a great band in the 1960s!


And then there's Grose's Dictionary of the Vulgar Tongue, still available on Project Gutenberg.
Posted by Richard Bos on 06/14/17 at 11:29 AM
Commenting is not available in this channel entry.