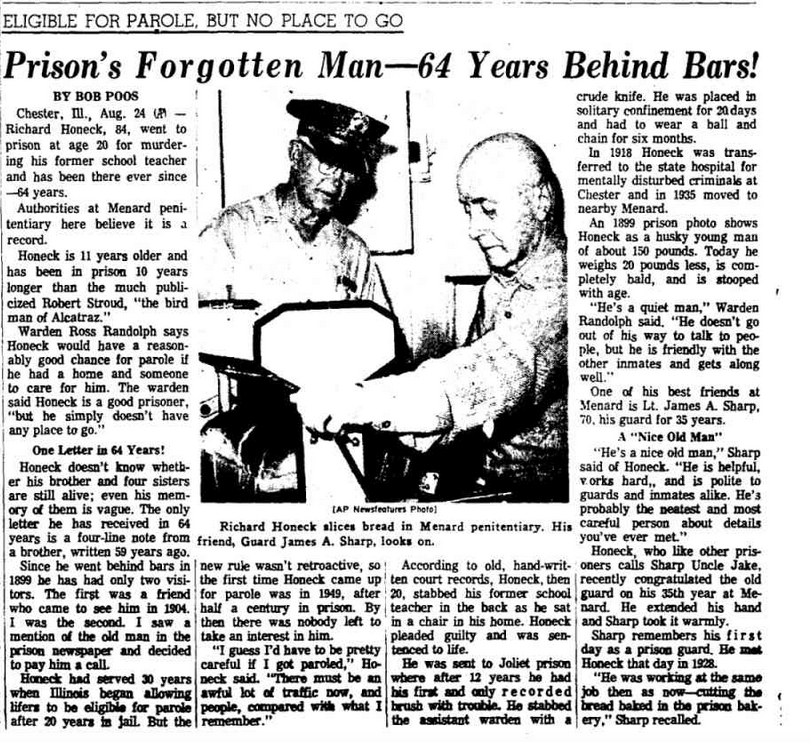 
Comments
Think on it: he was incarcerated during WW1, the rise of Communism, the rise of Hitler and WW2, the Korean Conflict, McCarthy, the Kennedy assassination, a good portion of the Vietnam War and apparently very nearly the moon landing.
Posted by KDP on 02/27/17 at 02:10 PM
Now, look at the man who wrote the article and think how terrible his childhood must have been.
Bob POOS.
Posted by greg on 02/27/17 at 04:16 PM