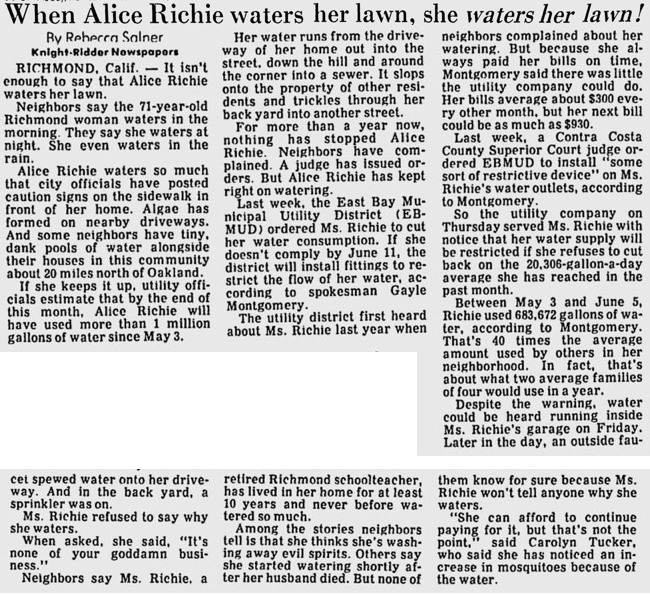 
Comments
Ah, permit me to give a little more background on this story. California was enduring one of its extended dry spells during this time and the main uproar over Mrs. Richie's watering habits was the wastage of water. At the time restrictions during drought weren't so draconian as in the present day so the watering was tolerated for a much longer period of time. Currently a restriction device would be placed much sooner.

Mrs. Richie made the local television news at the time and when interviewed it appeared that she wasn't in full possession of her faculties. I believe that one of her children finally took Alice in and sold off the house.
Posted by KDP on 10/21/16 at 01:31 PM