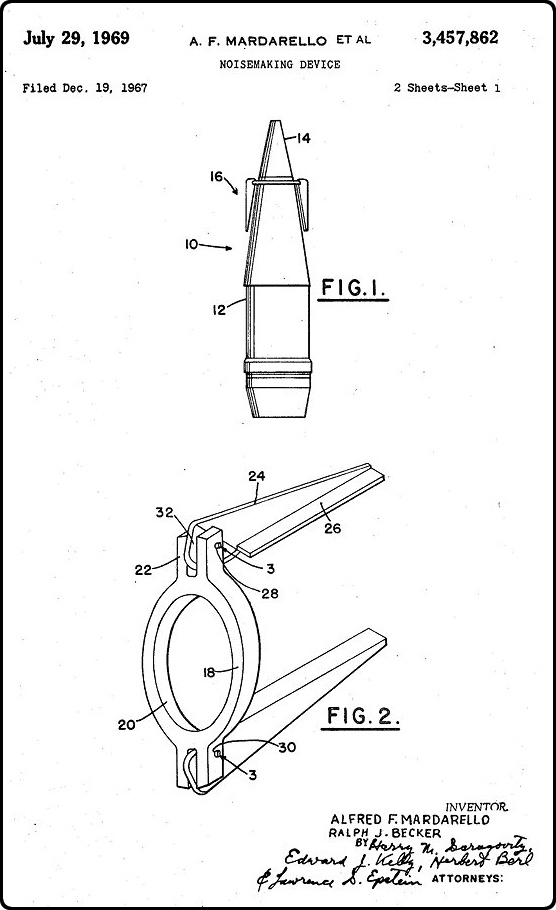 
Comments
IIRC the sound of incoming mortar rounds was terrifying to soldiers since there was no defense against them dropping into fox holes. If the rounds didn't make noise then it was the wump of the launch.
Posted by phil on 07/11/21 at 06:18 AM
They say "missile" (generically), but they mean artillery round, which spins due to the rifiling in the barrel. Rocket-missiles don't spin. I wouldn't load this junk into my cannon unless I was wanting it to blow up.
Posted by Virtual in Carnate on 07/11/21 at 11:47 AM
Another noise maker was the Stuka JU 87R Dive Bomber during WWII. It had a specially designed siren designed into the aircraft.
Posted by Steve E. on 07/11/21 at 03:05 PM
Generally, one would not hear a noise coming from the approaching object in flight. Once it had passed the waves would be audible. I think that this is one of those vanity patents, filed for the record but in all probability not practical.
Posted by KDP on 07/11/21 at 04:26 PM
@KDP -- Unless it's supersonic, there is noise. It's usually not much because little is often generated in that direction. The siren on a Stuka addressed that problem. Also, during WWII, people could hear 'buzz bombs' coming (pulsejets are incredibly noisy) (the terror kicked in when they went silent because that meant the engine shut off, and it was about to fall).

I suspect this invention wouldn't have been terribly effective for very long -- people would quickly learn the difference in sound between coming right at you or going to left or right. Also, unless it's incredibly balanced, it stands a good chance of altering the flight slightly.
Posted by Phideaux on 07/13/21 at 12:07 AM