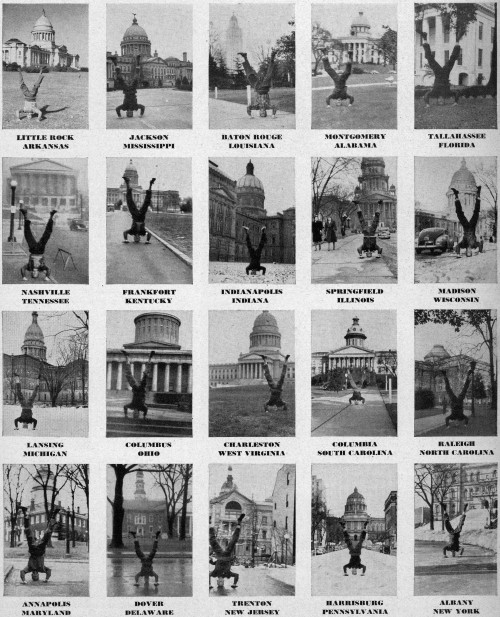 
Comments
So like all other things American we should tear down our historical landmarks for what? Something in 50 years that will be considered out of date? Nice.

And what's with the head stands. Obviously it's not helping get any blood to his brain. If this is his form of protest then I don't think the architechtural world is in any danger.
Posted by DownCrisis on 02/06/09 at 09:04 AM

The architecture of most State Capitols use neoclassical elements, which was heavily influenced by Greek and Roman architecture. It may not be the prettiest, but it symbolizes our foundation in the belief of Democracy. Standing on one's head might be a better criticism of the hypocrisy of the people in the buildings, who claim to support democracy, but ignore the requests of their constituents.
Posted by Matt in Florida on 02/06/09 at 09:40 AM
"They thought I was crazy," he explains modestly. No sh1t!?!