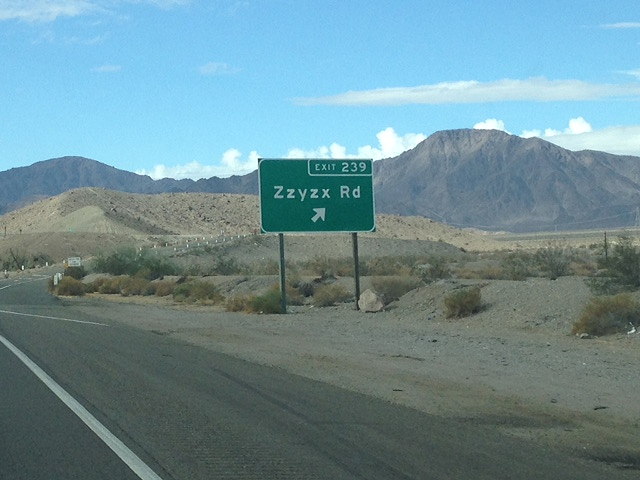 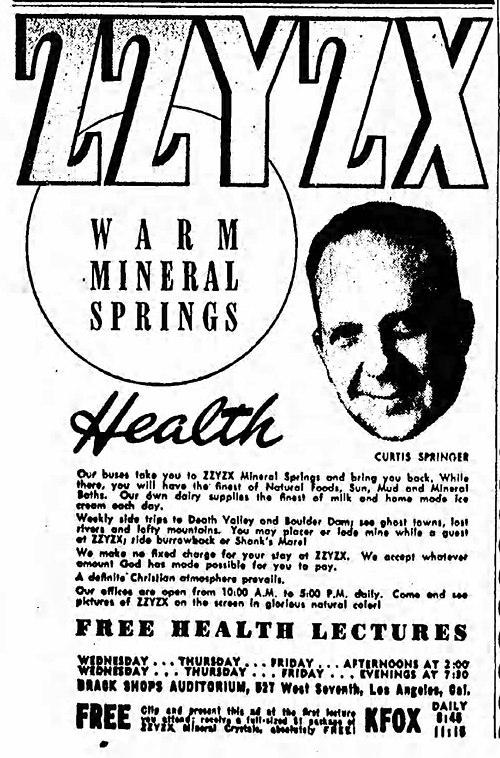 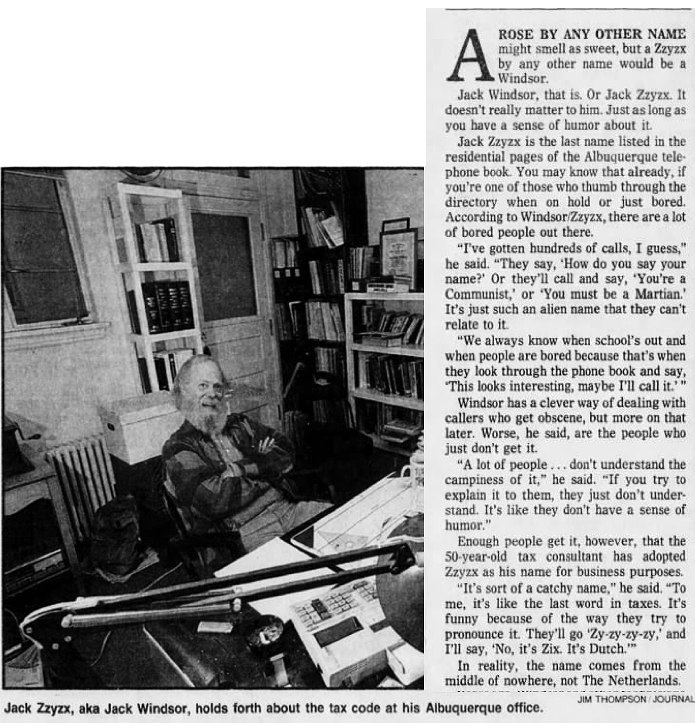 
Comments
Curtis Howe Springer was a popular Radio evangelist who used his show as a platform to advertise the "wonderful Christian healing power" of the waters at Zzyzx, which was actually a fake hot spring that relied on boilers to heat the pools, and a ton of quack patent medications. Interesting guy.
Posted by PupTentacle on 06/20/17 at 11:05 AM
We almost gave our Son a middle name ZZYZX.

My wife and I spent a lot of time on that road to Utah and we liked the uniqueness of the name.

We told our kids the reason the road was called ZZYZX is that road people had a lot of leftover letters that they needed to get rid of.
Posted by Ed on 06/20/17 at 07:16 PM


Instead of throwing your unwanted phone directory in the trash, please recycle it.

Posted by Joshua Zev Levin, Ph.D. on 06/22/17 at 07:02 AM
Joshua -- don't worry. They always go in recycling. Here in San Diego the city gives us bins for recycling and regular trash. Both get put out by the curb on the same day. When I said I throw the directories in the trash, I just wasn't being very precise with my language.
Posted by Alex on 06/22/17 at 09:40 AM
Commenting is not available in this channel entry.