Alcohol Was Involved, Plus Deep-Fried Pizza

News of the Weird's life-giving protoplasm
(That would be alcohol, of course.) (1) A Washington State Patrolman noticed Joseph Takesgun, 31, driving ever-so-slowly one afternoon and followed him warily, until finally Takesgun crept into a driveway and then into the garage. "I live here," Takesgun explained to the trooper, Trevor Downey. Actually, Takesgun had inadvertently pulled into Downey's own garage. (2) Eric Ambrose, 31, was arrested in the middle of the night in Fort Pierce, Fla., having removed much snack inventory from a convenience store, including three bags of M&Ms. He was quite boisterous when the cops cuffed him and screamed out from the cruiser (according to a police affidavit) "that he had served in the military over in Iraq so he could steal all the M&M's he wanted." He also said he had come to Florida for the crack cocaine, since all that was available elsewhere was methamphetamine, which didn't suit him as well. Tri-City Herald (Kennewick, Wash.) /// TCPalm.com (Stuart, Fla.) [mug!]
Comments 'alcohol_newsoftheweird'

Worth a trip to Wilson, Pa. (on the Jersey border), to the Pizza Snobz joint: a deep-fried slice! Morning Call (Allentown) [with video!]

Jim Moffett, 58, saved two elderly ladies by pushing them out of the way of traffic in Denver and taking the hit himself (resulting in bleeding in the brain, broken bones, dislocated shoulder, possibly ruptured spleen), and his only reward so far: a jaywalking ticket. Associated Press via Yahoo

It was a cold night on Cape Cod so he built a cozy fire to keep warm while he was on a phone call (but he was in his car at the time). Cape Cod Times

Comments on Things to Worry About?
Comments 'worry_090226'

People Whose Sex Lives Are Worse Than Yours
Yet another guy who felt the need to get out of those boxers and into some nice Victoria's Secret: Ronald Rozycki, 54, broke into a Kohl's department store in Joplin, Mo., overnight, and by the time employees started reporting to work, Ronald looked fabulous! Joplin Globe
Comments 'ronald_rozycki'

Your Daily Jury Duty
["In America, a person is presumed innocent until the mug shot is released"]
It couldn't be that Lori Smith of Brooksville, Fla., would be guilty of domestic battery because, c'mon, men need hugs! WTSP-TV (St. Petersburg)
Comments 'lori_smith' 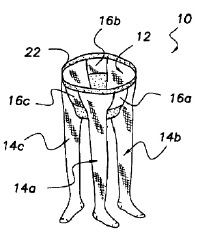 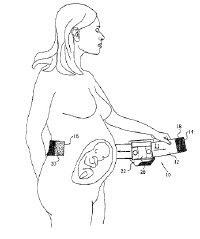 In the old days an "educator strap" was something teachers applied to a student's backside. (When I was a kid, some of my teacher's had canes which they used quite liberally, but I think that may be illegal now.)

However, this "fetal educator strap" (patent no. 6840775) is a learning system for fetuses while in utero:


More particularly, this invention pertains to a system for moving sound transmitters to positions most properly aligned with an unborn baby's ears.
I guess it's never too early to hook the kids on learning!

The plight of the Saudi lingerie salesman
He usually can't be replaced by a female clerk because women can't work in most of the country. He certainly can't do any hands-on measuring. If he gives the customer bad advice, he gets an earful when she returns the merchandise. If he gives the customer advice that's too good, it might look suspicious to her husband or brother or father. Some women are now demanding change they can believe in. BBC News
Comments 'saudi_underwear'

Of course! Bottled New York City tap water!
It has historically held its own in blind taste tests with the "premium" stuff, and the EPA loves it, so serial entrepreneur Craig Zucker, 29, started selling it. He opens a tap in Brooklyn, filters out the chlorine smell, has it tanked to a Jersey bottler, and delivers it (himself) to retailers in the city, at a price that enables a 35-cent reduction from premium labels. And it's eco-friendly, in that the water doesn't have to be shipped in from Maine (or Fiji!). So now, why would anyone pick a premium brand out of an NYC deli cooler? [Ed.: Because.] Los Angeles Times
Comments 'newyork_water'

Wise second thoughts are our enemy
Your Editor, who needs material, generally does not appreciate people reconsidering their bad decisions, which of course limits our content. For example, Houston, Tex., wanted to use taxpayer money to pay off the credit-card debt of some home buyers so they could get their credit scores up, but after Drudge got wind of it, the mayor changed his mind. And Microsoft, which laid off 5,000 people in January but then realized it had dished out too much severance to about 25 of them, demanded the laid-off give it back (around $5k each), and even Microsoft re-thought that. OK, now. Let's all get back out there, fight clarity, and resume giving Your Editor material. KRIV-TV (Houston) /// CNET News
Comments 'second_thoughts'

And speaking of excesses, the world's most-pierced woman wants you to know that she has added to her awesome inventory (n = 6,605), plus she's not all that happy about it but realizes that her title imposes on her a certain responsibility to reach for greatness. Daily Telegraph (London)

And speaking of awesome, an Aussie surfer's hand has been mostly reattached after a shark attack left it hanging by one small patch of skin (Bonus: They're using leeches to re-draw blood to the hand). Australian Broadcasting Corp. News

Comments on Things to Worry About?
Comments 'worry_090225'

People Whose Sex Lives Are Worse Than Yours
Christopher Maugher, 21, picked up in Boulder, Colo., on a U.S. Army warrant for desertion, still dressed in camo pants that were Army-issued (but not so much Army-issued were the women's thong he was wearing, and the three women's booty covers in his pocket). Daily Camera (Boulder)
Comments 'christopher_maugher'

Your Daily Jury Duty
["In America, a person is presumed innocent until the mug shot is released"]
Jazmine Finley, 16, Phoenix, Ariz., one of two kids accused of pimping out themselves and some friends. KTVK-TV (Phoenix)
Comments 'jazmine_finley' 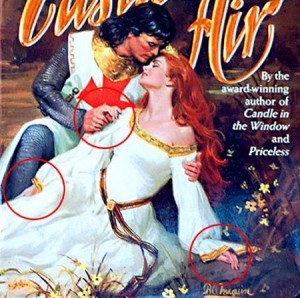 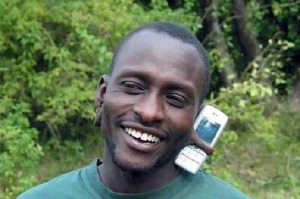 A few weeks ago I posted about the Cell Mate hands-free device for cell phones. I suggested that a rubber band would be more practical.

But this guy clearly has the best hands-free solution. 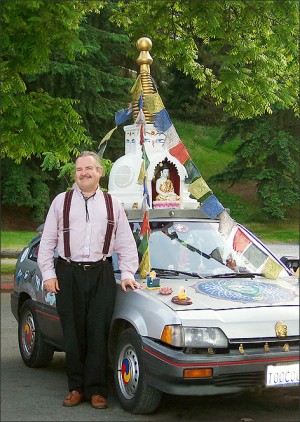