This choice item comes from WU reader AHC! Thanks, chum!

The Village Seal of Whitesboro

The village of Whitesboro is located in upstate New York. It was founded in 1788 by Hugh White. The village seal depicts "a friendly wrestling match that helped foster good relations between White and the Indians." It was created in 1963 by local artist George E. Pugh to commemmorate the Village's Sesquicentennial.

Unfortunately, some people think the seal looks more like Hugh White choking an Indian. In fact, in 1977 a complaint was filed with the Village Board arguing that the seal "demeans, disgraces and creates prejudice and distrust of Indian people." The Village was asked to stop displaying the seal. However, the villagers felt that the wrestling match was an important event in the history of their town, so instead they redesigned the seal so that Hugh White's hands were placed on the Indian's shoulders and not so close to his neck.

What you're seeing in the image below is apparently the redesigned seal that to this day appears on many of their municipal vehicles. If it still looks to you like White is choking the guy, that's obviously your own violent mind interpreting the image in that way. Anyone can see it's just a friendly sporting match! (Thanks to Ted Seaman for the contribution.) 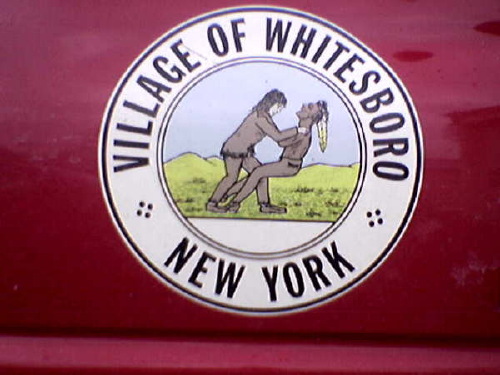 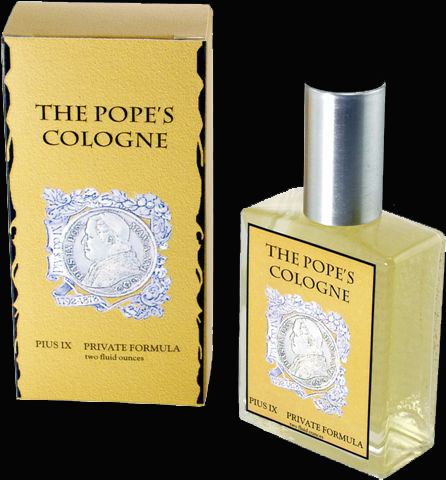 If you're in Chicago, you can still catch Samantha Martin's cat show tomorrow night at the Gorilla Tango Theatre, which features the Rock Cats trio (kitties on guitar, piano, and drums) as well as a tightrope walker, barrel-roller, and skateboarder, among other daring performers. The Rock Cats' music "sucks," Martin admitted. "I mean, when they're playing, they're not even playing the same thing." And being cats, they're subject to not playing at all if they damn well choose. They're "really like diva actresses," she said, "always walking off in a huff." (Worried especially about the drummer, she has two backups.) "This is why you don't see trained cat acts. Because people—namely, the managers—can't take the humiliation." (News of the Weird 527, 1-23-1998, reported on Russia's long-running Moscow Cat Theater, aka Moscow Cat Circus, which appeared in 1998 at least to be a financially stable enterprise. There are numerous YouTube videos available via both search terms.)
On a more somber note, Heidi Erickson, 48, has returned to the headlines. The Plymouth, Mass., woman has been battling the law for a decade, with more than 40 cases of cat confiscations or lawsuits emanating from cat confiscations. NOTW 799 [6-1-2003] reported on alleged cruelty involved .in her scheme to breed the "imperfections" out of Persians. An eviction or two later, she moved in with a black, hermaphrodite woman, with whom she had a falling out over the woman's reading a Bible while driving Erickson down Interstate 495
[NOTW 897, 4-17-2005]. She also had a thing for storing cat carcasses in her freezer (but the state's highest court said that, by itself, was not illegal). This week, the city Board of Health, acting on a smell complaint, authorized a search and removed her current three cats and a dog and also found two cat carcasses in the freezer. Throughout her years of ordeal, by the way, she has never, ever, ever, ever gone quietly. Chicago Tribune /// Boston Herald

Police are looking for a tall, 40ish woman around Aliso Viejo, Calif., who, according to a 911 caller, tossed her dog's feces at the caller at a mall. (Bonus: The caller had angered the woman by interrupting her while she was giving the dog an enema.) Orange County Register

Misunderstood the question: Why would you stand in front of a window in your home (in Arbuckle, Calif., just up I-5 from Sacramento) once a week diddling yourself, asked the cop? (Answer: Because that's the only day I have the house to myself.) Sacramento Bee

Man with bigger balls than mine: a bigamist keeping two wives who didn't know about each other but who live in same apartment complex. Associated Press via Yahoo

Jonathan Locke Jr., 15, already consigned to a last-chance-school in Lakeland, Fla., was suspended from the school bus for three days this week because of flagrant farting. (Bonus: Naturally, he denied it. "It was the kid who sits in front of me.") The Ledger (Lakeland)

Aokigahara Forest near Mount Fuji is known throughout Japan as "suicide forest" because many go there to take their own lives. It has the highest suicide rate in Japan (which itself has one of the highest suicide rates in the world). Apparently it's pretty common to find people dead or dying as you wander through the forest. Signs with the number for a suicide hotline have now been posted on many of the trees.

Other suicide hotspots around the world: The Golden Gate bridge is an obvious one. It's the most popular place to commit suicide in the US. In the UK, the welsh mining town of Bridgend has a reputation as a suicide hotspot, though I think it's the locals who commit suicide, rather than people purposefully traveling there for that purpose.

Then there's Overtoun Bridge in Dumbarton, Scotland which has a reputation as a suicide hotspot for dogs, due to the fact that in the past fifty years, fifty dogs have leapt off it to their deaths.

Having recently watched Mary Poppins, I wondered if anyone actually performed as a one-man band these days.

Maybe only in cartoons?

But no. Unfortunately for us, the one-man band tradition continues to flourish.

See several others after the jump.

It's not a bad idea, though it has no chance of ever becoming widely adopted. Inventor Paolo Bizziocchi proposes that it would be easier to read text if it were sloped downhill from left to right, so that each new line would be at the same height as the line just finished. This would allow "a quick-reading without mistakes and delays whatsoever."

Bizziocchi filed a patent that includes this helpful illustration:

What I don't understand is how this was patentable. People have been writing with lines at all kinds of crazy angles ever since writing was invented.