A few weeks ago I posted about the Christian Clowning Ministry. Now meet Derek Dye, the Abstinence Clown:

Students enjoy Derek's true-life stories, his heartfelt messages, choreographed musical juggling routines, and audience interaction -- all performed with a touch of comedy to make everyone laugh and think at the same time.

[Editor's Note: By the way, I'm back at work after spending a week at cynicism training camp (I was honor graduate!). My format's a little different nowadays so that I can put up more posts (though the e-mail subscribers will still get just one cumulative mail a day) (and you can sign up for the e-mail, via Mr. Google, here). Today's Newsrangers will be listed in the day's final news post.]
Jeffrey Latham, 37, Pasadena, Tex., recipient of one of the shortest probations on record (after sobering up, convicted of DUI, given probation, two hours later reporting to the probation office to register, but by then, drunk on his ass). Beaumont Enterprise
Marcel Fournier, 19, Concord, N.H., reported by prosecutors to have illegally hunted does instead of bucks, including, in one case, using epoxy and "lag bolts" to nail a 10-point rack on a doe's head, to fool inspectors. Burlington Free Press
Terence Loyd, 32, arrested in Mansfield, La., after having scurried around on all fours, eaten dog food, rolled around in and eaten mud, and growled like a mutt (PCP is back!). Shreveport Times
Matthew Dugger, 21, Cape Coral, Fla., faced with debilitating F State boredom, was sent to the ER (reason: obvious) early into an afternoon of smashing bullets with a hammer in his driveway. WZVN-TV (Fort Myers)
Derek Clark, 26, is in an intensive care unit in Evansville, Ind., about to be charged with a home invasion that didn't work out (shot by homeowner, then accidentally run over by his wheel man . . twice). WFIE-TV (Evansville)

I always find it strange that some high-rise buildings still omit the 13th floor, because of course the 13th floor is still there, even if you call it something else.


Tetraphobia, fear of the number 4 — (phonetically similar to 'death') in Korea, China, and Japan, as well as in many East-Asian and some Southeast-Asian countries, it's not uncommon for buildings (including offices, apartments, hotels) to lack floors with the number 4 and Finnish mobile phone manufacturer Nokia's 1xxx-9xxx series of mobile phones does not include any model numbers beginning with a 4. In Taiwan, tetraphobia is so common that there are no 4's or x4's for hospitals. 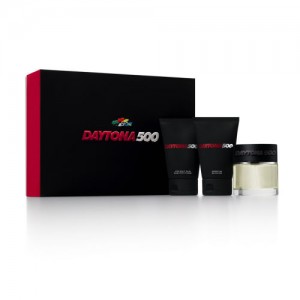 What is the Starbucks logo? 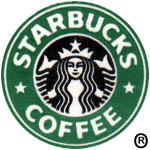 An Egyptian cleric is warning his followers to boycott Starbucks because he thinks the woman in its logo is Queen Esther:


"The girl in the Starbucks logo is Queen Esther. Do you know who Queen Esther was and what the crown on her head means? This is the crown of the Persian kingdom. This queen is the queen of the Jews. She is mentioned in the Torah, in the Book of Esther. The girl you see is Esther, the queen of the Jews in Persia,"
Of course, the woman in the logo isn't Queen Esther. Though I don't think the cleric would consider what the woman really is to be any better. From "The Mermaid" by Heinz Insu Fenkl:


although the image [in the Starbucks logo] is that of a split-tailed sea creature, it is a siren. More specifically, it is a double-tailed siren, a baubo siren, which The Woman's Dictionary of Symbols and Sacred Objects points out, is "a cross between a mermaid and a sheila-na-gig" and is found as a decorative motif in many European churches and cathedrals. "Her suggestive pose, like that of the sheila-na-gig, referred to female sexual mysteries in particular."
Sheila-na-gig is a general reference to female figures that prominently display their genitalia to signify the power of female sexuality and fertility. These images are also quite prominent in the decoration of sacred sites in general and are thought to be a legacy of the older Goddess religions whose holy sites were usually taken over by later religions. The shape of the genitalia in these squatting figures is also symbolic of the vesica piscis, the "vessel of the fish," which is also associated with Christ.