Some horny Zimbabwean women are apparently running a catch and release program for hot 18 year old guys. At least that is what happened to one young man at 3 pm on Tuesday at a shopping center in Chitungwitza. The fellow was running errands for his boss when he pulled into a parking space in the parking lot of the shopping center. Next 3 women pulled up beside him and forced him into their cream colored Toyota Corrolla. The women took him to Harare's Roman Catholic church where they locked him in a room and left. One of the 3 returned at 8pm and forced the young man to have sex with her, after which she called his employer's wife to tell the wife not to worry about where the teenager was. At 7am the next morning the women forced him into their car once again and released him at a different shopping center. The young man reported the kidnapping and rape to the police and they are still investigating. Now, before y'all tell me that a young fellow being molested at a catholic church is no longer weird I'll call two things to your attention. First, the guy was young but NOT underage and second,the molester was both female and not a priest. (they are mutually exclusive as you may know.)
http://www.zimdiaspora.com/index.php?option=com_content&view=article&id=2243:sex-starved-women-rape-a-man-in-church&catid=38:travel-tips&Itemid=18

Subtle Butt flatulence neutralizing pads, I swear, I couldn't make something like that up! The link has a story on it and another link where you can order these and some other odor control related products.
http://www.strangenewproducts.com/ 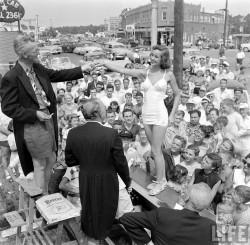 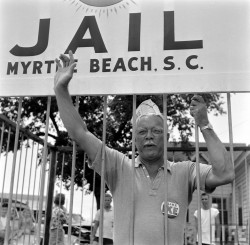 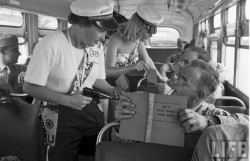 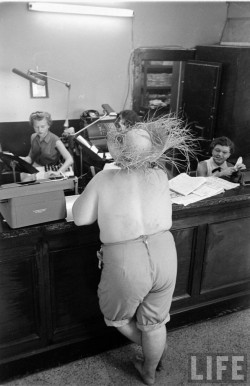 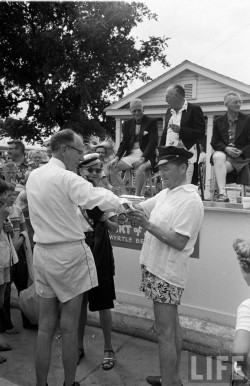 Please read and comment on the very interesting article at the link below. It concerns both computer hacking and global warming.
http://michellemalkin.com/2009/11/20/the-global-warming-scandal-of-the-century/

Here's another 1950's prototype ATV, which probably gets 3 miles per gallon. But you've got to admit this would be fun to have. Bonus beatnik 50's music!!

I wonder how it does against road side bombs?

Police in Lima, Peru have arrested some members of a gang who murdered people for their fat. Dozens of people have been killed, the fat removed from the bodies and sold for use in cosmetics. The investigation began when police got word that a shipment of human fat was coming into Lima by bus from the mountains. Now they are continuing to search for more gang members and the buyers. Police are also looking at 60 disappearances in the area the gang was running to see how many of them could be traced back to the human fat traffickers. No vacationing in Peru unless your anorexic people!
http://ca.news.yahoo.com/s/reuters/091120/odds/odd_us_peru_crime_odds

If you don't like having to run over to wherever your tissue box is 100 times a day when you have a cold you can buy this remote control tissue box. If you understand Japanese you can buy one at this site: 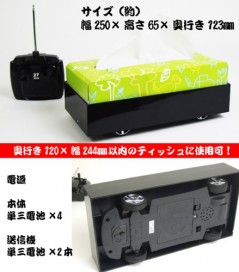