Canned beer has been around for 75 years as of Sunday. So, here's to 75 years of liquid refreshment, drink up folks!
http://news.yahoo.com/s/livescience/20100123/sc_livescience/cannedbeerturns75

Michael Ray Ekes was arrested in Haines City,Florida for car theft. When they picked him up he was playing Grand Theft Auto, a video game. Perhaps if he was going to use the game as a training exercise, he should have played it more before actually stealing a car.
http://www.upi.com/Odd_News/2010/01/23/Suspect-found-playing-Grand-Theft-Auto/UPI-11501264271575/
picture from bing.com

Reader Frank has good evidence that our earlier clip of a bus jump was staged by a business. But here's an authentic one.

With the global economy in shambles, perhaps we all need a refresher course....

Three hundred pound Mia Landingham was convicted of involuntary manslaughter in the death of her 120 pound boyfriend. While they were fighting last August she sat on Mikal Middleton-Bey, the father of her three children, and killed him. That's right, she sat on him and killed him.
http://www.fox8.com/news/wjw-overweight-woman-sentenced-boyfriend-death-txt,0,2227632.story 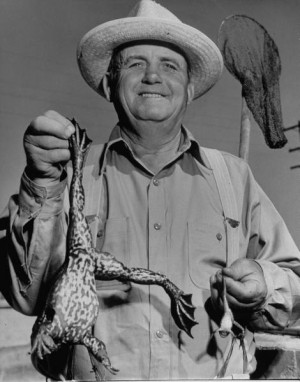 Thank goodness for those speed cameras making our streets and neighborhoods safe. Except, of course, for the one in Jeff Buck's neighborhood in Great Britain. Jeff parks on the street in front of his home where there happens to be a speed camera. He has twice been ticketed for speeding while his car sat there. But I'm sure that's the only one that malfunctions and all the rest both there and over here are perfectly accurate. So just pay your fine.
http://www.telegraph.co.uk/news/newstopics/howaboutthat/7043325/Driver-parked-in-front-of-speed-camera-gets-tickets.html

Excellent Disguise for Robbery - Not

Using duct tape as a disguise for a robbery isn't so new, but the picture is worth a thousand words. 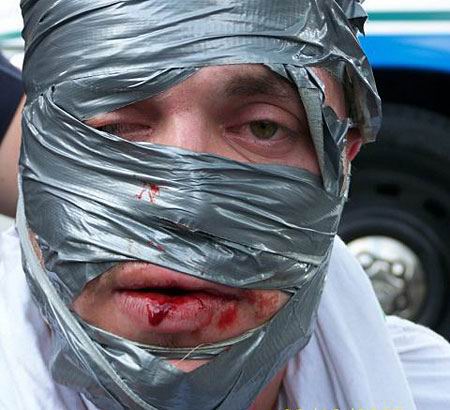 The robbery took place in Kentucky, and rumor is, they pulled the duct tape off before he went to jail.