Spy Vultures and Surveillance Teeth, Plus Holy Water from the Spigot and Colon-as-Roach-Motel

The "Fog of Intelligence," Indeed: Saudis found a GPS device inside a suspicious vulture, which they automatically concluded was a secret Mossad (Israeli) agent. Iran detained a 55-year-old Arab-American woman crossing over from Armenia without a passport because, they said, a microphone was discovered in her teeth. (Last month, recall, Egyptians were all fertoutst at Mossad's wiliness for allegedly sending attack sharks down the Red Sea.) BBC News /// Los Angeles Times /// BBC News

Medical Research Marches On: A.R. Kumar, M.D., and his colleagues at Albert Einstein Medical Center in Philadelphia were trying hard to diagnose the patient (suspected colorectal cancer) when, according to their journal article, they glanced at the scans and saw a cockroach crawling up the patient's traverse colon. Endoscopy via Thieme eJournals

Not My Fault: Two-by-Four Paul Stone has filed a lawsuit against Britain's National Health Service, claiming they owe him big-time because, back when he weighed only 420 lbs., he asked for help, and idiotic doctors had the audacity to advise him to eat sensibly and exercise. He became so distraught at their insensitivity that he quickly inflated to 980 (though his recent gastric surgery left him at a svelte 518). Of course there are photos at the link, but they are Not Safe For Stomachs. The Sun (London)]

No One Lives Forever, Except Martha Kunkle: Mortgage lenders took two hits last week in Massachusetts's highest court for their casual protocols on mass-documenting of loans during the housing madness of the last decade. Then, the Wall Street Journal found a similar issue with the debt collector Portfolio Recovery Associates, whose continuing paperwork as recently as 2008 was vouched for and signed off on by "Martha Kunkle," who unfortunately had died in 1995--presumably with no inkling of her eventual immortality. Wall Street Journal

Kids Today! Why, in My Day, We Knew Better!: Take Kyndric Wilson, 19, for example, arrested in Fort Walton Beach, Fla., on a minor charge. He had two felonies added at the jailhouse door because he apparently thought he'd need to bring some cocaine in with him to deal with the rigors of lockup. As he belatedly lamented, "[Expletive], I knew I shouldn't of [sic] brought that in . . . [expletive]." Northwest Florida Daily News 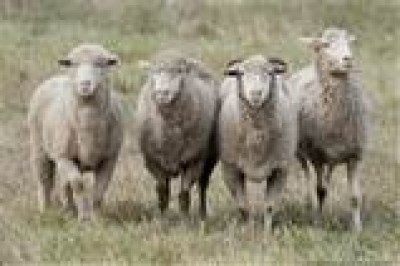 Remember PES, the fellow who did the video of humping furniture....

A Note from Chuck Shepherd

Well, that didn't last long, did it?

I started the New Year intending to go full bore for another year on a long-form News of the Weird / Pro Edition, including a weekly Weird 2.0, but, y'know, things happen, and plans change. Rather than be "ambitious but inconsistent," I now plan to be "predictable but lower-key."

Consequently, News of the Weird / Pro Edition will happen every Monday, lower-key, and the truth is, you'll probably like it more than the Pro Edition's I've been turning out (briefer, better editing), even though it will be less fun for me, at least on those weeks when I have the time to wallow in the news. (I am still afflicted with attacks of grandiose wallowing; it's an issue.)

[FULL DISCLOSURE: Chuck wrote this post only because he is so anal-retentive that he feels the need to explain himself every time he is inconsistent, even though he realizes that normal people actually tolerate moderate inconsistencies pretty well.]

How Do You Do

[Weird 2.0: No perverts, no drunks, no stupid criminals. Worse!]

Pat Robertson accidentally faced reality, concluding on his 700 Club that America's anti-marijuana laws are fercockta. "I'm not exactly for the use of drugs, don't get me wrong, but I just believe that criminalizing marijuana, criminalizing the possession of a few ounces of pot, that kinda thing, it's just, it's costing us a fortune and it's ruining young people. . . . That's not a good thing." Los Angeles Times

Another Black Helicopter Theory Dies: A big field of old Russian and Eastern bloc trucks piled up in Mississippi means, obviously, that then-President Clinton was selling us out to the United Nations! No other explanation! Patriots . . lock and load! Turns out it was part of a failed business venture in young Russia after the fall of communism, and the idea (as well as the trucks) have now died of old age. But, boy, in their time, the presence of those trucks caused a lot of people to buy more camo. New York Times