Kim Jong-Il may have died recently, but on this site he continues to look at things every day. Lots of things: tanks, sewing machines, rope, etc.

Of course, one thing he wouldn't be looking at today (if he were alive) is wikipedia, reddit, or boing boing -- all of which have gone dark to protest the SOPA/PIPA legislation. So you can now look at Kim Jong-Il not looking at these sites. 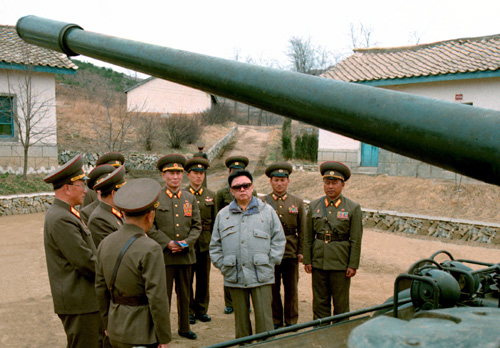 WeirdUniverse.net isn't going dark today in protest of the two proposed anti-online-piracy bills before Congress (as is Wikipedia, BoingBoing, and Reddit), but my view is that the bills nevertheless suck. It's the old Capitol Hill cliche ("Don't throw the baby out with the bath water") at turbo speed. Online piracy is bad (and I ought to know, as I've made my living for 20 years protected by copyrights). However, it's not SO bad that it's worth changing the character of the Internet to tighten the status quo on copyright. The absolutely most absurd part of the controversy is how it came about. Follow the sequence: (1) Lobbyists from the movie and music industries, with so much money bulging out of their pockets that they could barely squeeze through their Congressman's door, dribbling money on the floor behind them, hit Capitol Hill . . (2) to persuade 535 people whose knowledge of the "Intertubes" is barely greater than that of the infamous (late) Sen. Ted Stevens . . that this Internet-thingy is little more than a way for kids to send stupid text messages and play ridiculous war games and thus that what's the big deal about potentially criminalizing every website that didn't cleanse every single possibly-unauthorized image from its pages? (Ah, but in fairness, let me give an alternative view. An alternative view: "Congress sometimes does things that are even stupider than this." There. That's my alternative view.) Thankya, thankyaverrmuch.


Not all birds fly south for the winter.

Karnataka state, India: The December food-rolling ritual was once again panned by religious leaders. (By century-old tradition, lower-caste people wrap themselves in leftover food from upper-caste people and roll around in it . . to improve the skin. Charming. BBC News

Calabasas, Calif.: The state-of-the-art fertility company PlanetHospital was revealed to have a package for wannabe mothers who are really, really impatient. For an extra fee, they'll up your odds of conception by implanting your eggs into two Indian women at the same time. Downside: Both may work, and it's rude to abort. Slate.com

Athens, Greece: The Labor Ministry beefed up official disability-benefit categories . . to include luckless unfortunates such as kleptomaniacs, exhibitionists, and pedophiles.   Associated Press via Washington Post

Texas City, Tex.:  An auto accident victim spent 4 hours in the Mainland Medical Center's ER (exam, diagnostic tests) before being released, with the probable bill of $4,850, which is obviously ridiculous but expected.  That was before the hospital found out that there would be litigation associated with the accident. New bill: $20,211. Galveston Daily News

Jerusalem:  At a big-time world gynecology conference last week, all female doctors had to sit together on one side, and only males were allowed to address the audience (because there's that ultra-Orthodox thingy going on).    The Globe and Mail (Toronto)

Kermanshah, Iran:  A 21-yr-old man got a bad tattoo on his penis (the inker pricked too deep) and now has a permanent semi-hard.  (Doctors tried a shunt to drain excess blood, but it didn't work.  "[T]he patient has declined to undergo further therapies and lives with his condition.")  Journal of Sexual Medicine via ABC News 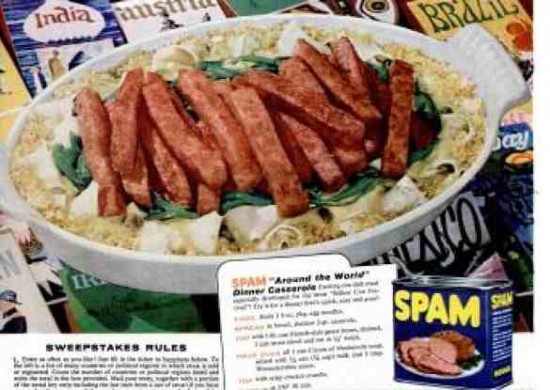 Alex is working on the spam problem, folks! Meanwhile, we zap them individually as fast as we can. Thanks for your patience!

What’s It To You?

A great combo of mad science and rampant consumerism. Half an hour of better living thru chemistry.

Yo, Weirdos and Weirdettes,
Something has come up.  Nothing really serious.  It's just that I have to end Pro Edition.  I'll still be publishing, but the scope for Pro Edition requires too much from me.  The News of the Weird column is about all that I can handle, and it will continue.  (The last time the world was without a News of the Weird column, Ronald Reagan was President.)
However, I believe I can manage to write up a list of my favorite 12-15 news links every Monday, unstructured, without much ado.  I'll try that tomorrow morning.  We'll see what happens.
I'll soon be getting around to cleansing all my promotional materials so that you won't see Pro Edition referred to anymore (except that those who have signed up for my Google Group "ProWeird" will continue to be subscribed to that-named Group, to get my Monday morning hit parade).
You might even prefer the hit parade to Pro Edition.  I know I will.
Cheers.