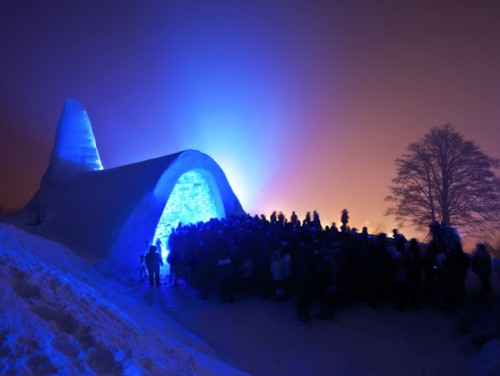 The building of a Catholic church from ice and snow is a 100 year old tradition in Mitterfirmiansreut, Germany. At that time parishioners request for their own house of worship was denied by the town. Building "God's Igloo" started as a protest to that denial. Have to respect the fact that these believers put some effort into their faith each year.

The Rolling Stones for Rice Krispies. 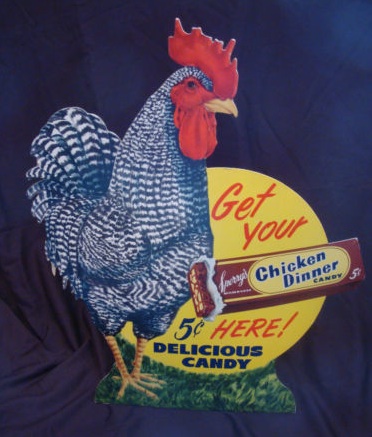 The Pepsi Company has taken an interesting position about the 2009 mouse-in-the-Mountain-Dew-can lawsuit that is still dragging on. They are claiming that if a mouse had been sealed in the can at the time of manufacture the soda would have dissolved it. There is a charming little factoid about a product we put in our bodies provided to us by the company that makes it.

Yet Another Distinction Between Jennifer Lopez and Chuck Shepherd, Plus Other Things to Worry About

Who can possibly be surprised that if security access can be restricted by fingerprints, eyeballs, or facial-recognition, it could not also be done by "ass"? Professor Shigeomi Koshimizu of Japan's industrial technology think tank has created a car-theft prevention system to disable the engine if the driver's booty doesn't match the owner's (using 256 sensory points). [Pause for Oneal Ron Morris jokes] PhysOrg.com via Slashdot /// Oneal Ron Morris

Don Aslett's Museum of Clean has opened in Pocatello, Id., with interactive exhibits and historical devices on, y'know, window-washing, bedmaking, vacuuming, etc. Aslett said he knew he was different from an early age. "I love to clean." And you may recall Kyle Krichbaum, 12, of Adrian, Mich., celebrated in News of the Weird M019 (8-19-2007) for his kinda-obsessive-compulsive-disordered vacuuming. Now comes Dustin Kruse, 4, who is well on his way to serious abnormality with his fetish for dual-flush toilets. The Kohler company has bestowed one on Dustin (from Santa Claus). Supposedly, Dustin loves to explain toilet mechanics to strangers. Daily Mail (London) /// Kohler.com press release

Slime grown in petri dishes is "intelligent," Japanese scientists say, in that it can "navigate" its way out of a maze. Scientists previously found slime that could organize itself as well as whoever designed the railway system in Japan's Kanto region could organize that. [Yr Editor hasn't the slightest idea how slime "navigates." This must be one of those discrediting stories planted by anti-science politicians.] Daily Telegraph (London)

Further evidence that "science" took a beating in 2011: If it's not Professors Bachmann (HPV vaccine causes mental retardation) and Snooki (oceans are salty because of whale sperm), it's serious, peer-reviewed work concluding that, for example, pigs love mud, fashion magazines glorify youth, parents don't think their own kids do drugs, and [ahem!] you waste time when you're online. Reuters via Huffington Post /// LiveScience.com