Apparently boredom is a dangerous thing. A prison inmate in South Dakota is suing the hospital where he was born because of the circumcision performed on him there as an infant. He claims an unnamed doctor convinced his mother to consent to the procedure by presenting it as medically necessary. He is suing now because he says he was only recently made aware that he was circumcised. I'd have thought that something like that would be obvious if done properly and if it is not obvious then what's he complaining about? 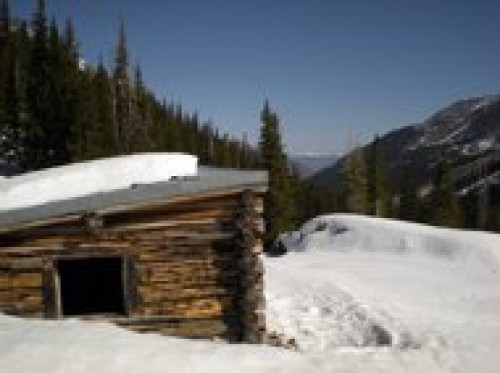 In the Rocky Mountains they get a lot of snow. Some cows wandered into a cabin in the Colorado Rockies got stranded and froze. Now the Forestry Service is debating ways to remove them before the thaw so they don't contaminate the area water supply while decomposing. One suggestion that is being seriously considered is blowing them up. Hey, what about chainsaws? It worked in Animal House and the horse wasn't even frozen!

UPDATE: The powers that be have decided to cut the cows up while they are still frozen. Maybe they read WU.

How to turn your toaster into a hair dryer 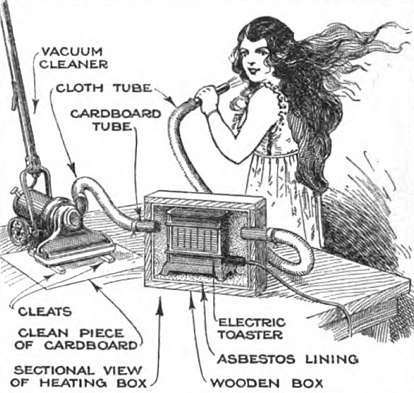 (Popular Mechanics via This Circular Parade)

These should be standard in every dining room.

Hand-Picked and Lightly Seasoned by Chuck Shepherd
April 16, 2012
(datelines from April 6 or later) (links correct as of April 16)

Vatican City: High-up official Cardinal Domenico Calcagno was outed by an Italian website that reported him as a gun aficionado with a handsome arsenal (at least 13 weapons). Agence France-Presse via Ottawa Citizen

Nashville: Get out your calculator and count William Todd's felonies, all committed over a 9-hour period after he hit town April 9th. As of that date, they had him for 11, but were still counting. WSMV-TV (Nashville)

Peshawar, Pakistan: "There is no finer mark of a Pakistani man than a fully oiled, waxed, and twirled moustache," wrote a Daily Telegraph (London) columnist. Hence, over-the-top Amir Muhammad Afridi! But Islam is fuzzy on just how far facial hair obsession can go so Afridi has to live in seclusion. Daily Telegraph

Police have a new weapon in their arsenal against drinking and driving. The PAS IV is a flashlight that can detect alcohol content in the breath from 10 inches away. So next time you get stopped, as soon as the cop shines the flashlight on you, you better be sober or you are sunk.

A California weight lifter accidentally shot himself in the shoulder. The bullet was a .22 but there was no gun involved. He dropped a dumbbell on a .22 shell and it fired hitting him. Dude, buy a lottery ticket but don't cross any busy streets.