From the artist's description:

A long piece of rope represents three dimensionally a series of waves floating in space, as well as producing sounds from the physical action of their movement: the rope which creates the volume also simultaneously creates the sound by cutting through the air, making up a single element.
Depending on how we may act in front of it, according to the number of observers and their movements, it will pass from a steady line without sound to chaotic shapes of irregular sounds (the more movement there is around the installation) through the different phases of sinusoidal waves and harmonic sounds.
It's kind of hypnotic, but I kept wondering what happens if the rope breaks. (via coilhouse) 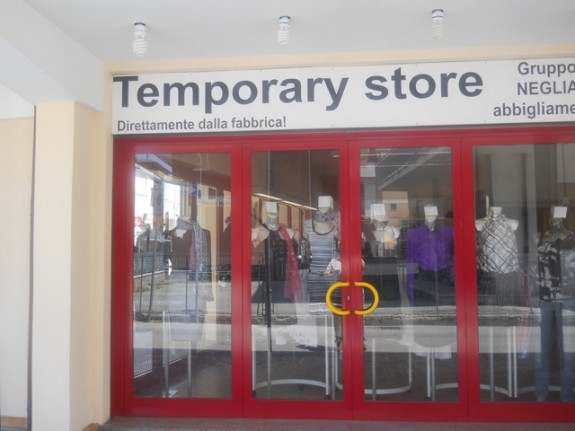 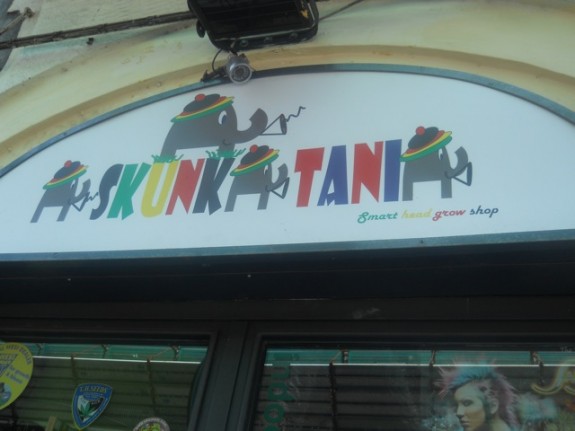 Masks of dictators (as well as various other celebrities) could be purchased from the Johnson Smith Catalog back in the 30s and 40s. (Apologies to Paul for encroaching on his Johnson Smith series.) But what I found interesting was not only that they were sold, but that there are also images taken by photographer William Vanderson showing kids wearing them. 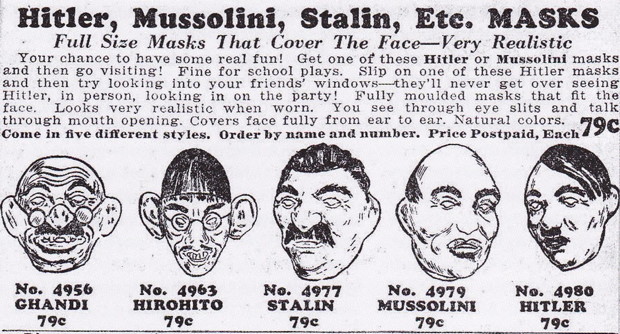 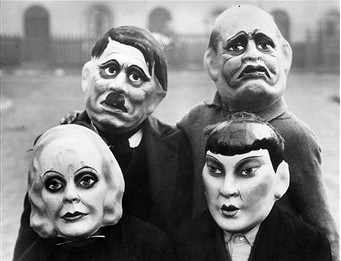 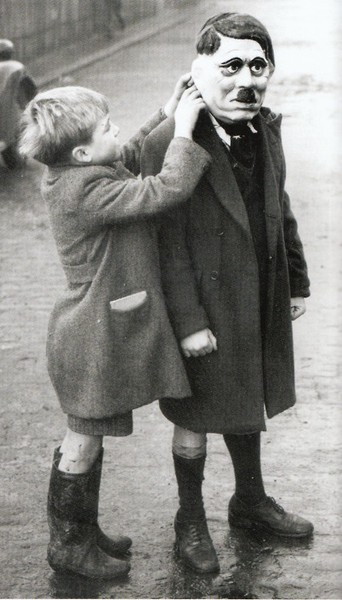 The Good, The Bat & The Ugly 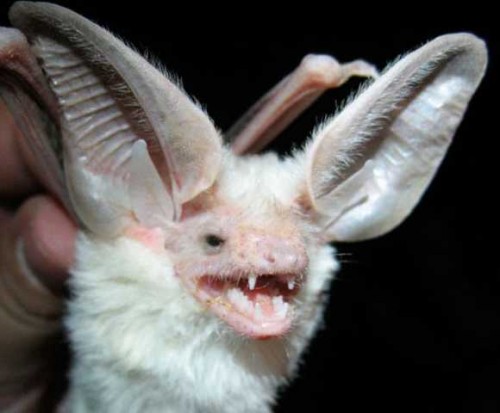 The above is one of 10 very strange looking bats pictured at the link. Our past fiend friend the leaf nosed bat is included but possibly not the most ugly one of the group. You decide.

This Can Happen To You!

If you frequently drive on rooftops. 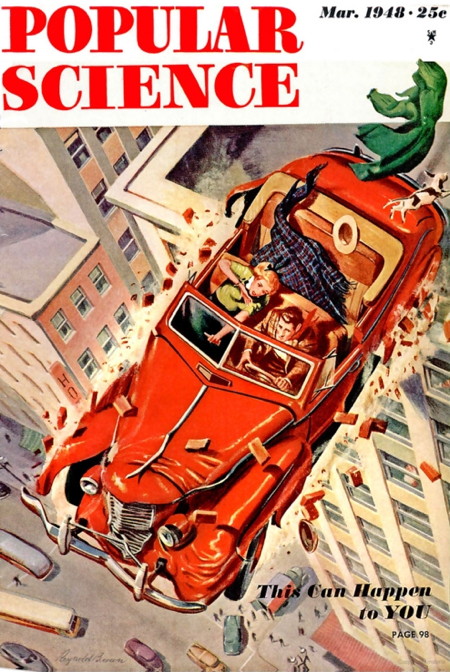 
Sailor Boys Have Talked to Me in English

I'm not sure what's going on in these pictures, except that there appears to be a woman competing in a lobster-themed beauty pageant. Or is it crab-themed? And that looks like a Mr. Lobster in the bottom picture. via West Visayas State University 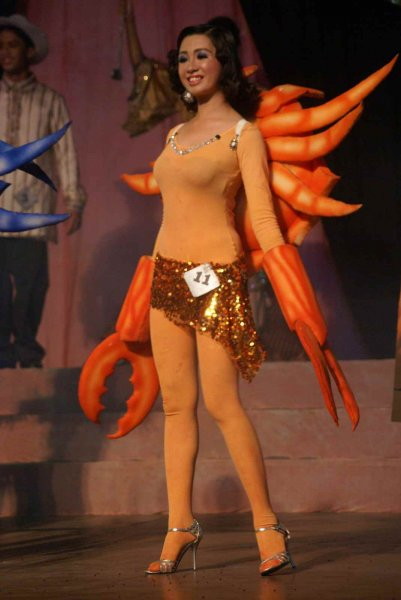 Underreported News, Hand-Picked and Lightly Seasoned by Chuck Shepherd
June 10, 2012
(datelines from June 4 or later) (links correct as of June 10)

In Holladay, Utah, R. Wagner Jones announced for the Board of Education. Jones is a registered sex offender whose name won't come off the list (assuming he stays clean) until 2015. [Ehh, not quite as bad as it looks, but still . . ..] KSL-TV (Salt Lake City)

Sounds Like a Joke: University of Tokyo Grad School geniuses say they've developed diet-aid goggles that change the image of the size of the piece of food you pick up (without changing the size of your hand) so that you can imagine you're eating more food than you are. (Bonus: It's not an April 1st story.) Daily Telegraph (London)

Los Angeles's Roosevelt High (to bring down a sky-high rate of teenage pregnancies) has partnered with Planned Parenthood for birth control on demand. Pregnancies are way down. [That's so wonderful horrible. Y'all don't fight, now.] Los Angeles Times

I See a Future of America Brawling: On a Greek political talk show, a far-rightist smacked two far-leftists on camera. [Greece is now in what stage of grief? Denial? Anger? Bargaining? Depression? Certainly not Acceptance. America's still in Denial.] Global Post

The See-through Flesh of Heavenly Virgins

Here's more art from Art Domantay (the guy who did the chocolate toilet). This piece is called "See Man". It was exhibited at The Project in the Fall 2002. It consists of "Invisible Man model toy, artist's semen, refrigeration unit." 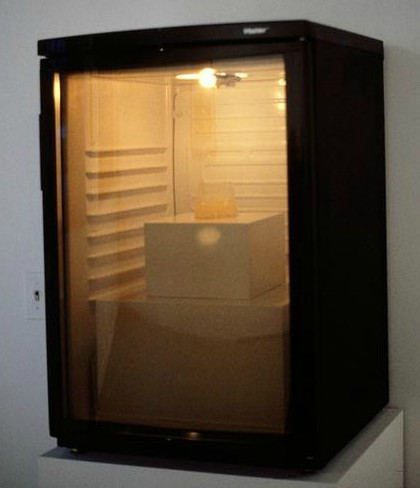 I can't see any invisible man model toy -- must be because it's invisible! Which reduces this exhibit to being this guy's semen in a refrigerator. It would never have occurred to me to call this art. But then, I'm no art critic, so what do I know. I'm just a guy who posts random stuff on Weird Universe.

Edit: After posting this, it occurred to me that the joke is probably that he gets people to peer into the refrigerator looking for the invisible man, but they're really just staring at his man juice. i.e. Do you see the man? Yes I See Man! -- Maybe it is brilliant in its own twisted way.