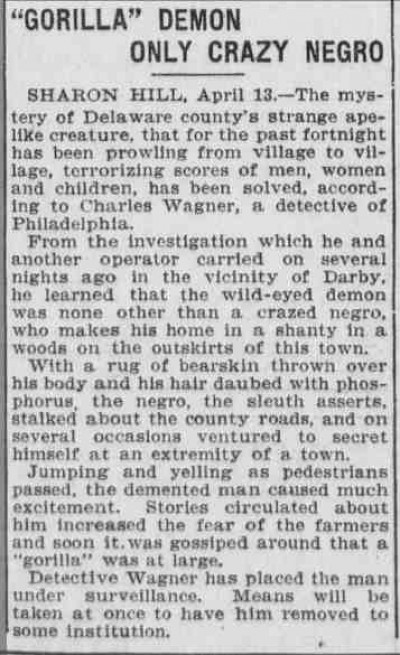 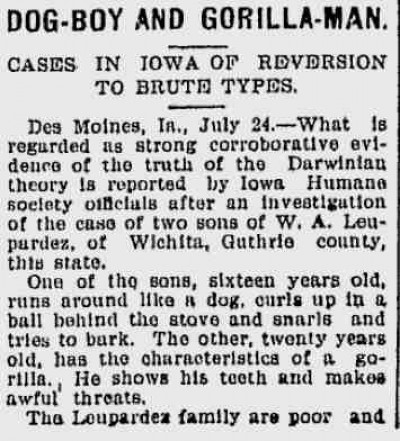 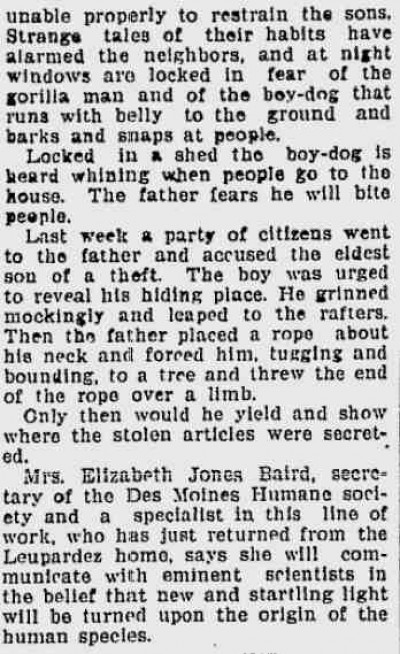 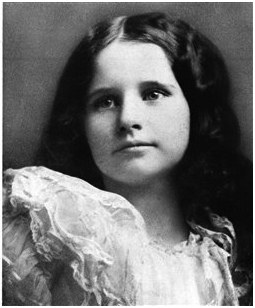 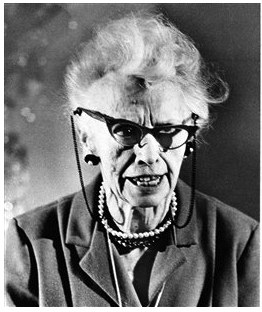 How Cold Is It?


Watch what happens to boiling water thrown out the window in Siberia in the winter.

Alex, Chuck and Paul wish you

This may explain our preoccupation with bacon. 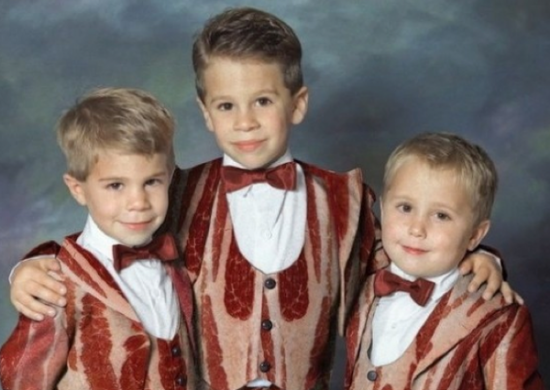 (Where can I get my own delicious vest and dress coat?)


Tales of Dark:  Of Grandiose Fevers and Passion Arcane


It has long been the boast of the Chicago packing houses, that in killing hogs everything is utilized — except the squeal. The squeal has now been turned to account in this way:

An ingenious piano salesman travels through the country, taking several instruments with him. To draw a crowd he gives a free evening entertainment with a moving picture machine. Between each series of views he demonstrates on the pianos. One of his pictures shows the progress of events at a packing house. To make the scenes in the killing room realistic he visited the plant and secured some phonograph records of the porkers as they let out some vigorous remarks. Now when the moving picture reaches the pig sticking act, he turns on his phonograph and his visitors can see and hear just as if they were actually present at the original scene of operations. 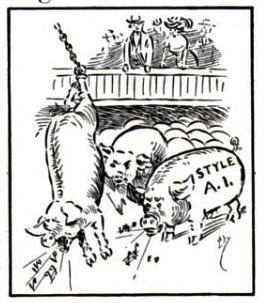 I wonder how many pianos he sold using this method.

Iowa City, Iowa: The Iowa Supreme Court, 7-0, said it wasn’t gender discrimination when a hot assistant got fired on account of being too arousing for her boss. Her firing wasn’t “discrimination,” said the justices, but rather for being a “threat to the boss’s marriage.” (Guess how many of the 7 justices are scroto-Americans.) Associated Press

Pyongyang, North Korea: Democratic People’s Republic of Korea “techies” released their first racing video game, which is apparently to the outside world’s racing games as Pong is to Madden 2013, e.g., lots of "stationary" cars, if you go off the road, you get automatically restarted. Jalopnik /// Slate

Baltimore: A 38-yr-old bureaucrat with the Social Security Administration was formally reprimanded for farting at work, and, it being a unionized workplace, a supervisor had to actually log the stink bombs in writing (17 dates, 60 blasts), just to make the charge stick. The worker says it’s a medical problem but offered no evidence. The Smoking Gun

Broomfield, Colo.: Rules being drafted by the state Dept. of Agriculture will require any pet facility that contains a pool of any depth to leash all animals put little life jackets on all animals (and not just those pathetic ol’ rock-like bulldogs). Daily Camera (Boulder)

Whatcom County, Wash.: Doug Spink famously operated the notorious bestiality farm in the news several yrs ago but when he went to prison, it was not for that but for the easier-collar of violating previous parole. He’s out now, and charges were filed based on evidence recovered in 2010, including “13 mice, each coated in a lubricant.” Bellingham Herald (link from Seattle Weekly)

Anchorage, Alaska: Oh, how Yr Editor hates it when some unfortunately well-meaning person explains “the whole story” behind some weird guy that News of the Weird has taken a fancy to! Here’s a well-done explanation of Billy Gibby, famous for trying to set a world record for most advertisements tattooed on his face (20). He’s bipolar, with the manic phase being fairly successful (competitive runner, wife and 5 kids), but, then, one time it seemed like a good idea to him to take on another face tat ad for $75. Oh, and his legal name is now Hostgator M. Dotcom. Other than that . . .. Anchorage Press

If you plan to serve a chicken dinner over the holidays, save yourself some time and serve it raw. Call it Chicken Sashimi, which is a Japanese delicacy, and is basically raw chicken. (image via geoffmackay.com) 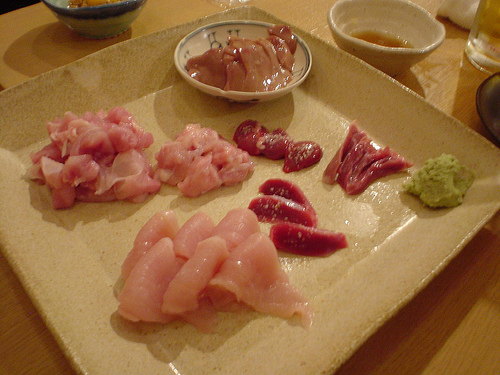 According to a writer in Esquire, raw chicken isn't actually more dangerous than any other raw meat:


One of the first things any novice cook is taught is that when working with chicken, we must blast it with heat to lay waste to every last microbe. We cure pork and call it ham, order duck breast medium-rare, savor lamb chops served blue, but we won't serve an Oven Stuffer Roaster whose juices aren't running clear. I thought that maybe pink chicken might not only taste better but eliminate an item from my list of things to fear while cooking.

But first, there was the small matter of salmonella. I spoke with a number of poultry scientists and discovered that while it's plausible that salmonella (a bacterium that, by the way, is hardly unique to chickens) could show up on a chicken's skin and contaminate cutting boards, the chances that it works its way inside a muscle, like the breast, all by itself? Very, very slim, and really no different from the odds of E. coli camping out in a medium-rare steak. The Centers for Disease Control has documented five salmonella outbreaks this year, none of which involved eating chicken.

To be clear: ingesting almost anything involves a certain level of risk. But if you've ever eaten supermarket cold cuts, potato salad at a steamy August cookout, or any food while vacationing in Mexico, pink chicken should rest squarely within your food-safety comfort zone.
Next time you order chicken at a restaurant, ask for it medium rare and see how the waiter reacts.