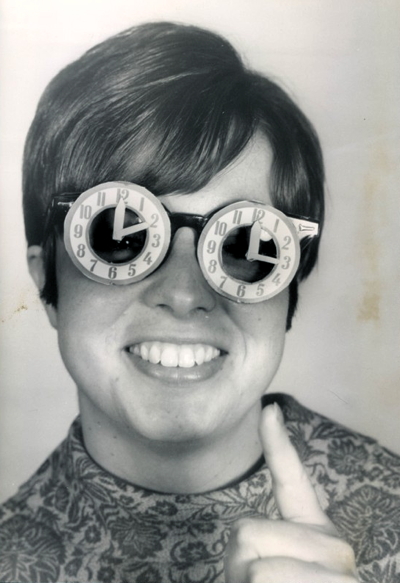 Despite Chicago’s recent crisis of gang-related street murders, the Roseland Community Hospital in a tough south-side neighborhood is on the verge of closing because of finances, and community groups have been energetically campaigning to keep it open. Joining civic leaders in the quest is the Black Disciples street gang, whose co-founder Don Acklin begged in June for the hospital to remain open, explaining, “It’s bad enough we’re out here harming each other.” Besides wounded gang members needing emergency care, said Acklin, closing would amount to “genocide” because of all the innocent people exposed to crossfire. [WMAQ-TV (Chicago), 6-3-2013]

PREVIOUSLY ON WEIRD UNIVERSE: Suspicions Confirmed: A warehouse in Landover, Md., maintained by a company working on contract for the U.S. Environmental Protection Agency, contained “secret rooms” of furniture and equipment described as “man caves” for company employees. The EPA inspector general announced the discovery in May, and the government confiscated TVs, refrigerators, couches, personal photos, pin-ups, magazines, and videos that the contractor’s personnel brought in while ostensibly “working” on agency business. [Government Executive, 6-4-2013]

PREVIOUSLY: Scotland’s Parliament was revealed in June to be considering, as part of its Children and Young People Bill, guaranteeing that specific, named persons would be appointed for every Scottish child at birth, charged with overseeing that child’s welfare until adulthood. A Daily Telegraph story acknowledged that the bill is “remarkably vague” about the duties and powers of the designated persons and thus that it is unclear how the law might affect typical parent-child relationships. [Daily Telegraph (London), 5-25-2013]

Update: “[Supermodels] is the one exception [to U.S. immigration policy] that we all scratch our heads about,” said a Brookings Institution policy analyst, speaking to Bloomberg Business Week in May. Foreign-born sports stars and entertainers are fast-tracked with American work permits under one system, but supermodels were excluded from that and must thus compete (successfully, it turns out) with physicists and nuclear engineers to earn visas among the 65,000 slots available only to “skilled workers with college degrees.” As such, around 250 beauties are admitted every year. (The most recent attempt to get supermodels their own visa category was championed in 2005 and 2007 by, appropriately, then-U.S.-Rep. Anthony Weiner of New York.) [Bloomberg Business Week, 5-23-2013]

In Lytle, Tex., in May, just 33 people voted for candidates for three openings on the school board, including the only voter who cast a ballot in District 1. Christina Mercado was the 1-0 winner, but someone else voted for her. Mercado cannot vote for District 1 candidates because she does not live there, and neither does the one candidate who opposed her. However, according to Texas law, Mercado can legally represent District 1 on the school board. [KENS-TV (San Antonio), 5-13-2013]

Rewarding the Breast Disguises: (1) An April crime report in San Francisco, noting that a female driver had rammed another car in a parking-space dispute, noted that the victim gave officers little help. The man could not tell officers the model car that hit him, and certainly not a license-plate number, but he “was able to give a detailed description of the suspect’s cleavage.” No arrest was reported. (2) PREVIOUSLY: Colombian prisoner Giovanni Rebolledo was serving a 60-year sentence (as a member of “Los Topos” gang charged with extortion, kidnaping, and torture) when he escaped and decided on an extreme identity change in order to move about in the country. He became “Rosalinda,” complete with, according to Colombia Reports news service, “impressive” breast implants, but nonetheless was identified in May in a routine traffic stop and arrested. [SFGate.com, 4-11-2013] [Colombia Reports, 5-6-2013]

PREVIOUSLY: In Kobe, Japan, in May, an unemployed, 32-year-old man apparently carried out a minor theft (stealing a wallet from a parked scooter) mainly to be locked up in the world famous city. Besides being the home of Kobe beef, it is acclaimed for its French, Chinese, and octopus cuisines. In fact, Kobe’s Nagata Ward Precinct is renowned for the special gourmet boxed meals prepared by local bento shops, delivered daily to prisoners, which the thief said was foremost on his mind. [Japan Today, 5-18-2013]

More Time Needed on the Firing Range: In May, an Orlando Sentinel columnist demanded a federal investigation into the 2010 police killing of Torey Breedlove in Orlando’s Pine Hills neighborhood, noting that killing the unarmed Breedlove somehow required 137 shots from the cops, who missed on at least 115. The columnist added that the Justice Department is currently investigating a Cleveland, Ohio, case in which local police killed two unarmed men but coincidentally also required 137 shots. (In both cases, the officers were exonerated after local investigators determined the officers believed the suspects were armed.) [Orlando Sentinel, 5-7-2013]

PREVIOUSLY: City councilman Simon Parkes, 58, confessed to a reporter in June that he had had an extramarital affair--in fact, an extraterrestrial extramarital affair--with the nine-foot-tall Cat Queen, and that she had born him a child. Parkes said the Cat Queen is biding her time until the technology is available to bring her and the child to Earth. Said Parkes, “There are plenty of people in my position who don’t choose to come out and say it because they are terrified it will destroy their careers.” Parkes said his wife knows about his periodic meetings with Cat Queen and is “very unhappy, clearly.” [Fox News, 6-18-2013]

Least Competent Criminals: Shaun Paneral was questioned by police in Carlsbad, N.Mex., in May, on a loud-music complaint, and, concerned that he already had an outstanding arrest warrant, gave his name as “Shaun Paul.” Paneral thus became the most recent perp to choose his alias badly. “Shaun Paul,” whoever he is, is also wanted by police in New Mexico, and Paneral was arrested for the false ID. [Carlsbad Current Argus, 5-17-2013]

PREVIOUSLY: It’s Good to Be a Dog in the First World: The British company Paw Seasons has created a holiday for dogs (surely to appeal to guilt-ridden owners who leave them behind on their own holidays) priced at the equivalent of $73,000, consisting of a private suite for two weeks, with dog-friendly Hollywood movies, trips to the beach, surfing “lessons,” spa and grooming treatment (including pedicure) by Harrod’s, outfits from Louis Vuitton, Bottega Veneta, and Mulberry, and the piece de resistance--a personal dog house created in the image of the owner’s own house. [Daily Telegraph, 6-17-2013]

Recent Public Appearances: Norwalk, Conn., in May (Jesus in an ink smear on a page of the newspaper The Hour). Saugus, Mass., March (Jesus on a drop cloth in a home). Bradenton, Fla., February (Jesus in profile on a carton of Corona beer). Halifax, Nova Scotia, March (Jesus in a knot of wood on furniture in a store). San Antonio, Tex., December (Jesus on a tortilla shell--an item on which he has appeared previously at other sites). Herne Bay, England, October (Jesus on a patch of mold behind a refrigerator). Phoenix, Ariz., June (Jesus in a smudge on the floor at Sky Harbor International Airport). Northumberland, England, March (Jesus in the condensation on a windshield). Brooklyn, Ohio, February (Jesus in bird droppings on a windshield).

* Donald Duck may be a lovable icon of comic mishap to American youngsters, but in Germany, he is wise and complicated and retains followers well past their childhoods. Using licensed Disney storyline and art, the legendary translator Erika Fuchs created an erudite Donald, who often "quotes from German literature, speaks in grammatically complex sentences, and is prone to philosophical musings," according to a May Wall Street Journal dispatch. Though Donald and Uncle Scrooge ("Dagoberto") speak in a lofty richness, nephews Tick, Trick, and Track use the slang of youth. Recently in Stuttgart, academics gathered for the 32nd annual convention of the "German Organization for Non-Commercial Followers of Pure Donaldism," with presentations on such topics as Duckburg's solar system. [Wall Street Journal, 5-23-2009]

Thanks This Week to Russell Bell and Annie Thames, and to the News of the Weird Board of Editorial Advisors.


The National Scream by Robert Awad & by David Verrall, National Film Board of Canada

The Canadian National Beaver is missing!

A little bit of old-time medicine. Reported in "A Collection of Saliva Superstitions" by R. Selare, Folklore (Dec 1939), 50(4).


Special properties were attributed to fasting saliva. Pliny refers to the curative properties of the local application of such saliva. "A woman's fasting spittle is generally considered highly efficacious for bloodshot eyes; it is also good for defluxions of those organs, the inflamed corners of the eyes being moistened with it every now and then." In Madagascar the first spittle in the morning is called rora mafaitra, bitter or disagreeable saliva, and has medicinal virtue in healing a sore eye or ear. Among the Irish peasants fasting spittle is considered of great efficacy for sore eyes, especially if used mixed with clay taken from a holy well. This is made into a paste and applied to the eyes, and it is said that "nothing beats the fasting spittle for blindness."