"You'll be amazed at the wonderful change that takes place in your room the moment you hang this giant picture... Hang it in your home for one week without risk. If you are not thrilled, the low price of 19/6 will be refunded without question." 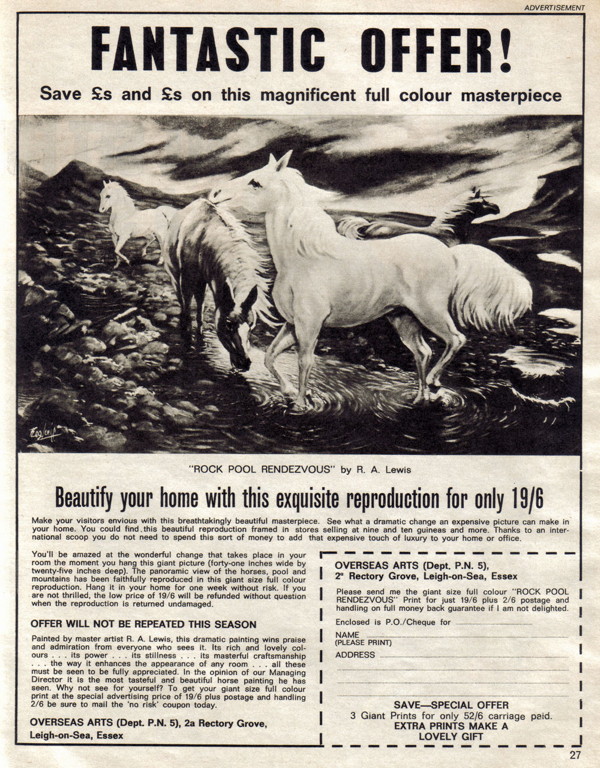 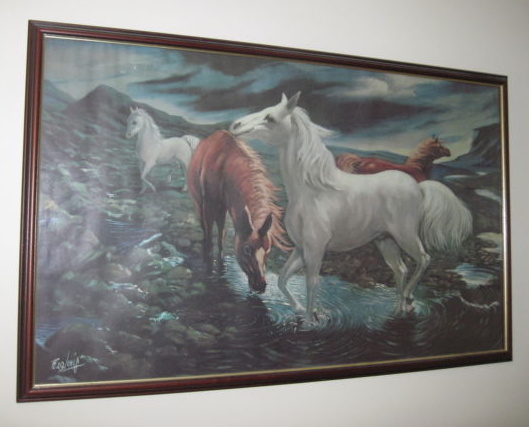 Downtown London residences are known to be staggeringly expensive, but media blogger Sam Cookney calculated in October just how much. Cookney said he can live in an upscale apartment in Barcelona, Spain, and commute almost every work day to London (700 miles away) for less money that a modest central London rental. (Sixteen commuter days over four weeks a month would run, in pound-dollar equivalents: $2,420 for a West Hampstead rental, $121 Council tax, and $188 transit travel card, totaling $2,730. Barcelona, in euro-dollar equivalents: $938 for a three-bedroom flat with three balconies near transit, no tax, $47 daily round-trip on Ryanair, $32 a day in airport transportation, totaling $2,202--a saving of $528 a month.) Plus, he said, sunny Barcelona is on the Mediterranean. (On the other hand, Cookney luckily can work on the plane, for each flight is two hours long.) [Yahoo Finance, 10-28-2013]

Lawyers for Radu Dogaru, who is on trial in Romania for stealing masterpieces last year from the Kunsthal museum in Rotterdam, Netherlands, said the heist was also the museum’s fault--for having such unimaginably lax security--and that if the museum did not admit that, Dogaru would sue. Museum officials said they had tracked some of the works to Dogaru’s mother, who is claiming ignorance, and the son’s lawyers hope to discount any insurance-company judgments against her by spreading the blame. [Agence France-Presse via Yahoo News, 10-22-2013]

The online retailer Amazon.com maintains a side business of operating massive Internet-capacity “cloud” farms and contracts out space to some of the world’s largest entities, including U.S. government agencies. In a case brought to light in October by a U.S. Court of Claims ruling, Amazon had outbid (i.e., underbid) IBM for a cloud contract with the CIA but had gone a step further by actually improving the CIA’s system and implementing a better plan--for the same price. In the bizarre world of government contracts, that created a “fairness” problem, as IBM argued that its rights were violated because the specified contract work was no longer exactly what was being done (i.e., the client’s work was being done better). IBM has lodged a time-consuming protest, of which the Court of Claims decision was likely just the first step. [Wall Street Journal, 10-16-2013]

PREVIOUSLY ON WEIRD UNIVERSE: Update: Perhaps thousands of Baghdad residents have been killed by bomb couriers who had passed through supposedly-secure checkpoints that were “equipped” with useless ADE-651 bomb “detectors,” but the devices were surely to be history following the April fraud conviction of the British scam artist who made $75 million selling them. (American officials had warned Iraqis for years that the ADE-651 was basically a novelty golf-ball finder.) However, despite the debunking evidence brought out at trial, Iraqi police continue to use them, according to an October dispatch in London’s The Independent, with the September death toll at nearly 1,000 from bombers who passed through checkpoints, past silent ADE-651's. Even Prime Minister al-Maliki vouches that the ADE works “up to 60%” of the time. [The Independent (London), 10-3-2013]

PREVIOUSLY: In September, San Diego Superior Court Judge Patricia Cookson, perhaps sensing an autumnal whiff of romance in the courthouse, agreed to perform the wedding ceremony, in her courtroom, of Mr. Danne Desbrow and his fiancee Destiny--and even to serve the lucky couple homemade cake afterward. However, Judge Cookson did all of this immediately after sentencing Desbrow to a 53-years-to-life term for first-degree murder and for threatening a witness. [Associated Press via KOVR-TV (Sacramento), 10-1-2013]

PREVIOUSLY: Many parents long for armed protection for their kids at school, but a few parents at Entz Elementary in Mesa, Ariz., have the opposite concern--and demanded that local cop (and parent) Scott Urkov not even wear his service weapon when he, in uniform, drops his child off in the morning. The principal sided with the complaining parents (although at least one mother defended Urkov, albeit defining the issue primarily as “his right” to be in uniform as he heads off to work). [KSAZ-TV (Phoenix), 10-3-2013]

The U.S. Department of Housing and Urban Development has been delaying a decision for months about whether to punish the Apache ASL Trails housing complex in Tempe, Ariz., for the sin of renting 85 percent of its units to the hearing-impaired--for whom the facility was actually designed (equipped with comfort and safety features to serve the deaf). However, HUD has threatened to withhold federal funding because Apache is suspected of illegally discriminating against the non-hearing-impaired (who under guidelines should, HUD believes, occupy three-fourths of Apache’s units). State officials and Arizona’s Congressional delegation have voiced pride in Apache’s mission, but the HUD Secretary’s indecisiveness has left Apache tenants in limbo, according to a September Arizona Republic report. [Arizona Republic, 9-28-2013]

This year, the Florida legislature passed the Timely Justice Act to cut short the legal dawdling that allows death row inmates to postpone their execution--sometimes for more than 25 years. Among the first “victims” of the Act was to be Marshall Gore, set to be executed in September for two 1988 murders. However, his date was once again postponed--because Florida’s tough-on-crime attorney general had scheduled a re-election campaign fundraiser that conflicted with her presence at the execution. (Gore will instead die in January.) [South Florida Sun-Sentinel, 9-12-2013]

Matched Pair: Prominent Los Angeles cosmetic surgeon David Matlock is himself a finely-chiseled specimen of muscle and zero body fat, but he said that when patient “Veronica” came to him in 2007 for “vaginal rejuvenation” surgery, he instantly fell in love despite her somewhat-pudgy figure. He proposed marriage, she accepted, and with her consent, Dr. Matlock set out not only on the requested procedure but on what he called the “Wonder Woman Makeover”--diet, exercise, surgeries, suctions, and injections, and by August 2013, reported Huffington Post, the sculpted couple were competing in matching bodybuilding contests. (However, Veronica’s daughter Isabella, 9, is not on board, remarking that “Healthy food doesn’t taste good.”) [Huffington Post, 8-29-2013]

Recurring Theme: Joshua Goverman, 29, was arrested in Glendale, Ariz., in October for allegedly stealing copper wiring from the back of an air-conditioner truck in a driveway. The thief apparently had trouble pulling on the wires, and police found a human finger at the scene. Despite Goverman’s excuse (that he cut his finger on a “car repair”), the crime-scene finger’s print matched Goverman’s other fingers’ prints. [Arizona Republic, 10-31-2013]

PREVIOUSLY: In July, several foreign news sites publicized the current Guinness Book record held by Jemal Tkeshelashvili of the Republic of Georgia, who blew up ordinary drug-store hot water bottles to the point where they would explode--using only air from his nose. His record was three within one minute, but perhaps equally impressive, he subsequently dazzled Discovery Channel viewers by reportedly partially nose-inflating a hot water bottle being held down by a small car.) [Oddity Central, 7-12-2013]

* (1) Researchers from Georgia Tech, working at the Atlanta Zoo recording various mammals’ urination habits (rats, dogs, goats, cows, and elephants) have concluded that, regardless of size, each takes about 21 seconds to empty a full bladder. (Technically, reported New Scientist, the evacuation time is proportional to the animal’s mass, raised to the power of one-sixth.) (2) PREVIOUSLY: Her family wanted U.S. Army Sgt. Kimberly Walker (who was killed in a suspected domestic violence incident in February) to have a burial reflecting her delight at SpongeBob SquarePants and installed a four-foot-high marker on her grave in the character’s likeness (at a cost of $13,000). However, the Spring Grove Cemetery in the family’s hometown of Cincinnati ordered it removed in October as inappropriate, and despite family and community pressure, is unyielding. [Atlanta Journal-Constitution, 10-18-2013] [CNN, 10-22-2013]

* French Surrealism: According to the Palais de Justice in Paris, a recent [2008] preliminary hearing marked the first time in France, and perhaps in the world, in which a dog had been called as a formal witness in a murder case. "Scooby Doo" was brought into the courtroom so that a judge could watch how he reacted when he approached the defendant, who was accused of killing Scooby's master, and according to a dispatch in London's Daily Telegraph, the dog "barked furiously," helping convince the judge in the Paris suburb of Nanterre to set the case for trial. [Daily Telegraph, 9-10-2008]

Thanks This Week to Kelly Egnitz and Steve Dunn, and to the News of the Weird Board of Editorial Advisors.

MRKH is a medical condition in which a girl is born with no uterus, cervix or vagina. It is not obvious due to a dimple where the opening should be so most of these girls do not find out about the condition till they fail to have periods or try to have sex. The young lady at the link did not find out she had it till she was 17. She was embarrassed at first but later decided to share with others on Facebook. MRKH has a one in 5000 occurrence in Great Britain.

First he came as the lamb. He returns as the Military Man of Action! 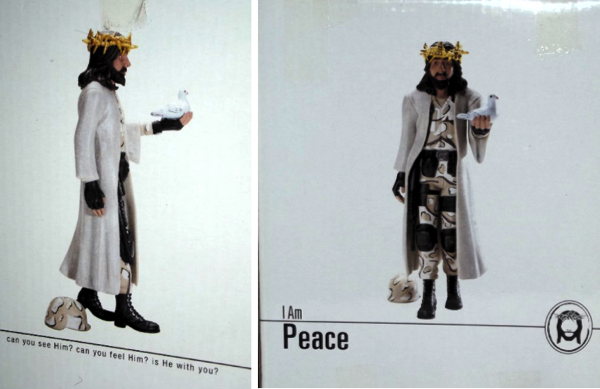 Available on Amazon. It's part of a set that includes Biker Jesus, Soccer Jesus, and Surfer Jesus. 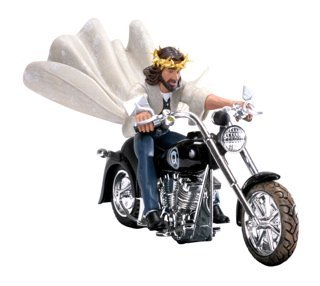 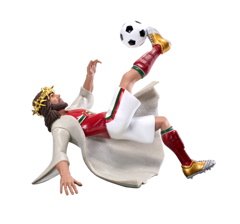 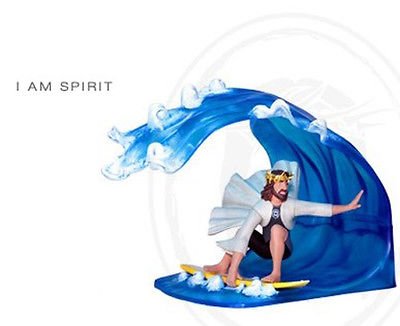 "He needs your help to march!" Worst excuse for playtime ever.

These ugly dolls were not Disney's brightest moment.

Check out the looks that Jean-Claude Van Damme keeps giving the tech who is explaining the stunt! 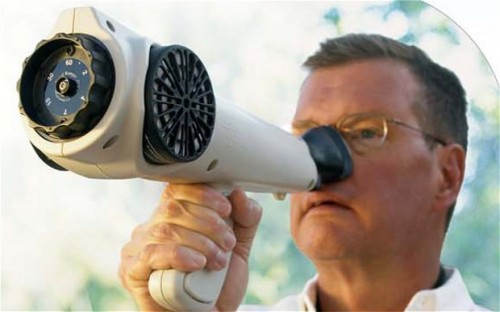 Now that pot is legal many places law enforcement is going a a different route against it. Denver police have acquired an olfactometer to detect the concentration of marijuana smoke in the air. They will be issuing citations for odor ordinance violations if there is too 'high' a concentration of the aroma in public areas adjacent to private homes where the drug is being used. The fine for this ordinance (money maker) is $2000.

Can You Believe It 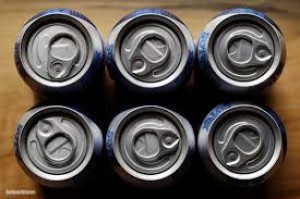 Canned wine? They say its coming soon. Wonder what it will taste like.