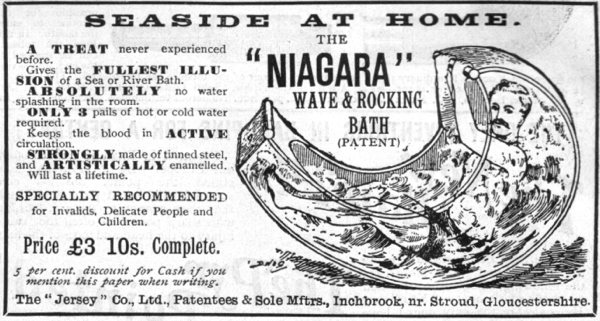 America’s returning warriors continue to experience inexplicable difficulty after putting their lives at risk for their country. It took 13 years for Army Sgt. Maj. Richard Erickson to get his job back from his civilian employer after he took leave in 2000 to serve in the National Guard special forces. The employer soon fired him for taking “excessive military leave.” The employer? The United States Postal Service, for which Erickson worked as a window clerk (and which was forced to reinstate him after a January 2014 ruling awarding him $2 million in back pay). Erickson had won several interim victories, but USPS fought each one, extending the case, and said in January that it might even appeal the latest ruling. [Los Angeles Times, 1-8-2014]

Happy New Year: (1) Once again, celebrants in France marked January 1st by setting fire to 1,067 cars nationwide (down from 1,193 the previous January 1st). (2) In the Hillbrow neighborhood of Johannesburg, South Africa, celebrants apparently decided to abandon a 20-year-old tradition and not hurl furniture from high-rise apartments. (The Hillbrow custom was highlighted on one social-networking website, along with the New Year’s graveyard gathering of relatives in Chile and Ireland’s banging bread on walls to dispel evil spirits.) [Daily Telegraph (London), 1-1-2014] [Wall Street Journal, 1-2-2014]

Holy Mutations: Deformed animals born in developing countries often attract streams of pilgrims--seeking to touch a creature considered divinely blessed. In December, a five-legged cow in Raipur, India, had supposedly “caused” the last 30 women who touched it to give birth to boys. And a day after that report came one from Phuket, Thailand, in which a newborn gecko with six legs and two heads has become a magnet for visitors seeking clues to winning lottery numbers. [Daily Mail (London), 12-25-2013] [Phuket News, 12-26-2013]

In November the Journal-News of Hamilton, Ohio, examining various police union contracts in the state, learned that in several jurisdictions, officers are allowed to work their shifts even when less sober than some drivers whom they ticket for DUI. In Lebanon, Ohio, for instance, cops can work with a .04 blood-alcohol reading. In Butler County, an .04 reading triggers officers’ legal protections unavailable to ordinary drivers. (However, in Lebanon, an officer’s right to suck on a breath mint before taking the test was recently removed from the contract.) [Journal-News, 11-17-2013]

Judges As Romantics: (1) In December, Italy’s top appeals court awarded a new trial to a man, 60, who had been convicted of having sex with an 11-year-old girl. Evidence had been excluded that the pair were having a “romantic relationship” with “feelings of love.” (2) Alabama Judge James Woodroof of Limestone County, given two separate chances in December to sentence Austin Clem, 25, to jail time for raping a girl beginning when she was 7, both times opted for probation. (The no-jail sentences perhaps reflected that Clem’s family and hers continued to socialize after the rapes.) [Agence France-Presse via Business Insider, 12-31-2013] [Associated Press via New York Times, 12-24-2013]

The Continuing British Campaign to Abolish Risks: (1) Britain's Royal Mail announced in December that it would stop delivery to Jeff and Sheila White's cottage in Carnforth because the carrier was frightened of cows. (Mrs. White said he was just lazy, in that when the cows were present, the carrier had to open and close a gate to get to their cottage.) (2) A 65-year-old school crossing guard resigned in October from a job he said he liked because officials at Manadon Vale Primary School had ordered him to stop playfully "high-fiving" students. Guards, the school said, need both arms free to hold signs and make proper signals. [Daily Mail, 12-5-2013] [Plymouth Herald, 10-14-2013]

News of the Weird has reported the emerging mainstream treatment (for various bowel disorders) of fecal transplants, in which a healthier relative "donates" via enema supposedly healthier microbes to a sickly patient, to normalize intestinal activity. The process, still strange to many patients despite its apparent success, has become so popular that in October Canadian officials felt the need to warn patients not to perform amateur transplants. Said one mother, after successfully treating her 10-year-old daughter, "I think one day . . . we will have fecal-matter banks [like blood banks and sperm banks]." [CTV, 10-4-2013]

Unclear on the Concept: In December, after Carmen Reategui, 34, was arrested for DUI in Readington Township, N.J., and was too impaired to drive home, she called Nina Petracca, 23, who arrived at the police station impaired, herself (and was arrested for DUI), and both women called Ryan Hogan, 33, to take them home, but he also arrived impaired was also arrested. [Hunterdon County Democrat, 12-20-2013]

Classics: (1) Jamal Garrett, 29, was arrested in Antioch, Calif., in January after, police said, he tried to rob a Wells Fargo bank but had fled empty-handed after a teller struggled to read a poorly written holdup note. (She and her manager said they did not even know immediately if it was a holdup or just a note requesting assistance.) (2) Daniel Severn, 27, pleaded guilty to burglary in England’s Hull Crown Court in December, for trying to enter a home through the roof but getting trapped, upside down, in the bathroom. He dug his phone out of his pocket, but it fell into the toilet, and he remained hanging for an hour and a half until a resident arrived and found him.) [San Jose Mercury News, 1-6-2014] [Daily Telegraph (London), 12-12-2013]

Updates on News of the Weird Stories

PREVIOUSLY ON WEIRD UNIVERSE: Unrelenting, swastika-tattooed New Jersey neo-Nazi Heath Campbell, 40, saw child number nine born in November, and once again, a county’s family welfare office removed it almost immediately. “I’m not allowed to have children because I’m a Nazi,” he lamented. Campbell first made headlines in 2008 when a bakery declined to decorate a birthday cake for his son, Adolf Hitler Campbell, leading child welfare officials to investigate, and more seizures followed, now including the November-born Eva (Lynn Patricia) Braun. Campbell told reporters he would continue to fight for offspring. “I’ll stop making them when they stop taking them.” [New York Daily News, 12-30-2013]

PREVIOUSLY: News of the Weird informed readers in November that the Snuggle House was about to open in Madison, Wis., promising clients pajama-clad bedmates--as long as no sex (or foreplay, even) took place. In fact, Snuggle House has yet to open (in part because the Madison assistant city attorney has yet to overcome her belief that cuddling without sex is impossible). However, a December Associated Press report noted that no-sex cuddleries thrive in Rochester, N.Y. (“The Snuggery”), Boulder, Colo. (“Be The Love You Are”), and San Francisco (“Cuddle Therapy”). Snuggle House owner Matthew Hurtado said he is still working with Madison officials on regulations to prevent naughtiness. [Associated Press via Washington Post, 12-8-2013]

PREVIOUSLY: Among planet Earth’s most bizarre local customs is the Christmas tradition in Spain’s Catalonia region of decorating Nativity scenes with figurines of famous people squatting, answering nature’s calls. News of the Weird has noted that Presidents (Bush and Obama) have been “honored” with posterior-baring statuettes, along with Queen Elizabeth. Right on cue this past Christmas, Spanish artists unveiled “caganers” in the images of Pope Francis and Nelson Mandela. (Perhaps the least-illogical explanation for the tradition is that if the manger is fertilized, the coming year’s crops will flourish.) [Agence France-Presse via The Local (Rome), 11-16-2013]

PREVIOUSLY: To build an iron-ore smelting plant in Iceland in 2009, Alcoa, Inc., was forced to kowtow to the country’s national obsession that elves (“hidden people”) live underground and that construction projects must assure that the little fellas have had a chance to scatter gracefully to new habitats. Alcoa hired the necessary elf-monitoring “engineers,” and eventually the project proceeded. In December 2013, the government announced it was temporarily abandoning a major road project connecting a remote peninsula and the capital of Reykjavik after it was “learned” that the route would disturb an “elf church.” The likely outcome, again, according to an Associated Press dispatch, is that the project will resume once the elves have relocated. [Associated Press via San Jose Mercury News, 12-23-2013]

Thanks This Week to Tim Kirby and Andrew Hastie, and to the News of the Weird Board of Editorial Advisors. 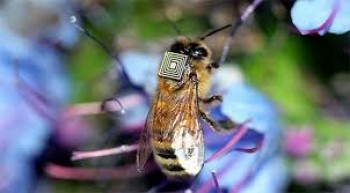 Scientists in Australia are studying bees to find ways to protect them from diseases that destroy bee populations. To do this they refrigerate the bees till they are sleepy and docile then they glue a microchip to each bee. Some of the younger bees are hairy enough that they must be shaved before attaching the 1/16 of an inch square chip. Bee shaver is just about the weirdest job I've ever heard of, to say nothing of the micro chip gluer on-ers.
picture from yahoo images

What exactly is she feeling? Insanity? Hysteria? 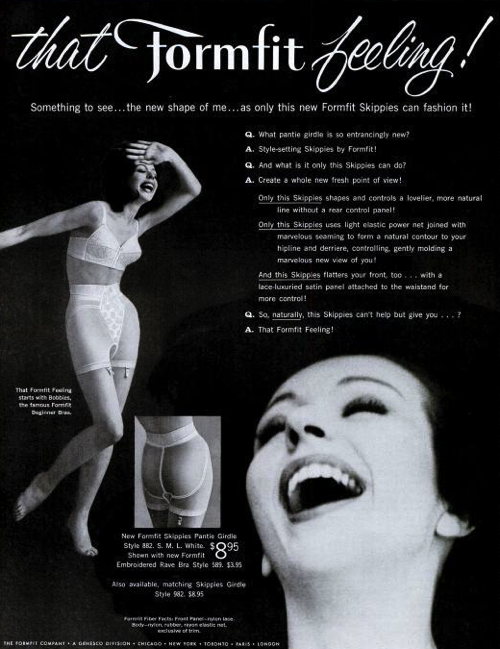 And here she looks like a vampire craning its neck back, about to bite a victim. 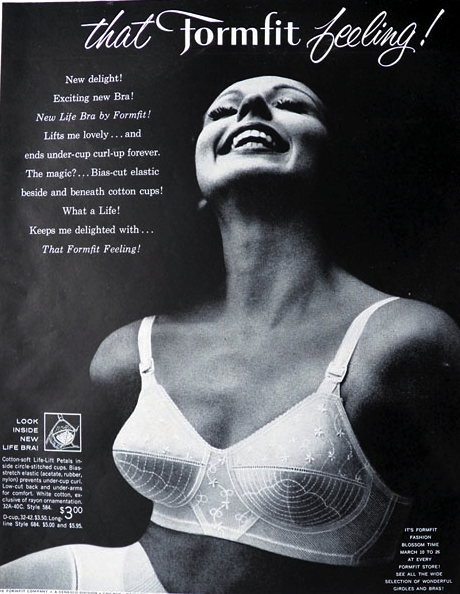