Teeth who themselves have mouths (and, presumably, teeth within those mouths) are blowing my mind. As is everything else about this video.

Prominent theoretical chemist David Glowacki was ejected from a classical music concert at England’s Bristol Old Vic in June for disrupting a performance of Handel’s “Messiah” by attempting to crowd-surf in front of the stage. Dr. Glowacki, an expert in non-equilibrium molecular reaction dynamics and who is presently a visiting scientist at Stanford University, was attending a special, “informal” performance at which audience members were encouraged to stand and cheer loudly instead of showing the usual demure appreciation. He said afterward that he could not control himself when the performance moved to the “Hallelujah Chorus.” [Irish Independent, 6-20-2014]

A formal-dress rental store in Fukui, Japan, with a side business making keepsake portraits of client-brides, was surprised at the number of men who began requesting a similar service--to be outfitted just like the women, in wedding gowns and other frills. In fact, just as women expect a full makeup and hair-styling for their portraits, so, too, do the men. The store, Marry Mariee, charges the equivalent of about $400 ($600 on weekends). Said the manager, "We want to provide opportunities for people to enjoy showing their real selves, whether they are men or women." [Kyodo News via Bangkok Post, 4-25-2014]

Paid time off of work for women experiencing brutal menstrual periods is not yet guaranteed in U.S. law but is a staple of workplace rights in Japan, Korea, Taiwan, and Indonesia, according to a May report by The Atlantic (although in Indonesia, women report that some employers require on-the-scene “proof” of condition). (Japan's policy has been in place for over 50 years.) However, concluded The Atlantic, the policies are based less on rights of workers than on “the scientifically dubious notion” that stressing females during menses will result in difficult future childbirths. [The Atlantic, 5-16-2014]

Parental fear of having raised girls and boys who will never marry, plus China's boy-heavy gender imbalance, have provoked the government to fund a series of matchmaking conventions to create opportunities and incentives for matrimony. However, because of widespread disinterest by the singles, many of the attendees at the recent Shanghai Matchmaking Expo were parents touting their kids’ credentials to other unmarrieds. A dispatch from Vice.com reported “notice boards” full of cards (resembling baseball trading cards) and makeshift posters attached to umbrellas, reciting age, education, and salary. Success of the Expos was hard to predict, wrote Vice, because (as is so often the case with social mixers), many singles passed the time in silence, and many desirable candidates were no-shows. [Vice.com, 6-5-2014]

Perspective: San Francisco’s activist Board of Supervisors, among the boldest in the country to rid their cities of obnoxious goods and services, added disposable plastic water bottles to the list in March (to join circumcision, plastic shopping bags, and nutrition-challenged “Happy Meals” that contain toys). The water bottle vote was unanimous (covering distribution on city-controlled property), compared to the cliff-hanging 2012 vote (6-5), in which the Board finally decided to ban unclothed people from the streets (mostly men, of course), where until then some freely wandered downtown sidewalks stark naked. [San Jose Mercury News, 3-5-2014]

Jordan Haskins, 24, is Michigan Republicans’ best hope for the open state House seat in Saginaw in November, but he is burdened by a teenage past of being “young and stupid,” he told the Saginaw News in June. Haskins has been in prisons in two states (and is still on parole) stemming from trespassing and breaking and entering charges yearly from 2006-2011--most involving vehicles he used for sex (by himself). (He admits to “cranking,” in which he would remove spark plug wires and try to start the car, pleasuring himself while watching the sparks and listening to the noise.) “I was in a messed up state of mind, mentally and emotionally,” he said, but is now is proud of the man he has become. “You may not respect my policies [or] my ideas, but you at least have to respect me as a person.” [Saginaw News, 6-27-2014]

Inexplicable: Congressional candidate Tim Murray handily lost June’s primary election (82 percent to 5 percent) in Oklahoma’s 3rd District to incumbent U.S. Rep. Frank Lucas, but he did not give up. In a rambling letter to KFOR-TV in Oklahoma City, Murray accused “Lucas” of being a body-double for Lucas, since it is “widely known” that the “real” Frank Lucas was executed by order of the World Court in southern Ukraine in January 2011. Lucas, asked for a comment, told the station, “It does come as kind of a shock to read that [I’m] not [me].” [KFOR-TV, 6-26-2014]

The county Association of Governments in Phoenix, Ariz., notified Diane “DD” Barker recently that she could continue to address Association meetings as a community activist but was to cease introducing her remarks by performing cartwheels, as she apparently has done several times in the past. Barker, a 65-year-old former Ohio State University cheerleader, said she seeks to demonstrate the value of exercise and public transportation but agreed to hold off on the cartwheels. [KPHO-TV (Phoenix), 6-18-2014]

A town meeting in Oxford, Mass., on May 7th was considering whether the municipality should take back its water system from the current owner, Aquarion, when suddenly a fire alarm sounded, resulting in a delay that eventually worked to Aquarion’s benefit. Later that month, Oxford police charged William Malloy, Jr., 57, with pulling the false alarm. Malloy is a lobbyist for Aquarion, and a Worcester Telegram & Gazette report of the meeting suggests that causing the meeting to run into the early hours of May 8th helped Aquarion garner the necessary votes to prevent the buyback. [Worcester Telegram & Gazette, 5-29-2014]

The leader of Romania’s Orthodox church was shown in June on the church’s website performing a traditional blessing of a newly inaugurated facility, in this case the church-owned Trinitas Radio and Television studios. The rooms are big, and the walls are tall, and Patriarch Daniel is pictured applying holy oil to the facilities with a long-armed commercial paint roller. [BBC News, 6-17-2014]

In a May deposition on a priest-child sex abuse lawsuit against the Catholic Archdiocese of St. Paul and Minneapolis, then-auxiliary bishop Robert Carlson said he was “not sure” in 1984 whether he “knew it was a crime or not” for an adult to engage in sex with a child. (Carlson added, reassuringly, “I understand today it’s a crime.” Carlson today is the Archbishop of St. Louis.) Lawyers for the plaintiffs quickly questioned Carlson’s candor, pointing to other 1984-era documents in which Carlson referred to the statute of limitations for legal protection (suggesting he at least suspected that adult-child sex was illegal). [St. Louis Post-Dispatch, 6-10-2014]

(1) In yet another bizarre animal beauty contest, in June, the tiny serama chicken pageant was celebrated on the outskirts of Kuala Lumpur, Malaysia. Seramas (which are thought by natives to have aphrodisiac powers) have richly-colored plumage and a bearing--protruding, heart-shaped chest, wings hanging to the ground--more resembling a goose-stepping soldier than a bird, reported Agence France-Presse. (2) The most recent public toilet explosion leveled a commode (caused by pressure buildup) in the courthouse in Stillwater County, Mont., in June. The deputy county treasurer Norma Brewer, who had just finished her business, was not injured but now has another page for her memoirs. [Agence France-Presse via Asiaone.com (Singapore), 6-21-2014] [Billings Gazette, 6-25-2014]

Thanks This Week to Alex Boese, Denise Sanabria, Lance Ellisor, Tracy Westen, John Keller, and Steve Dunn, and to the News of the Weird Board of Editorial Advisors.

I imagine this is what investment bankers do at parties. Just spray each other with money while laughing maniacally! Available at thecashcannon.com. Real cash not included. 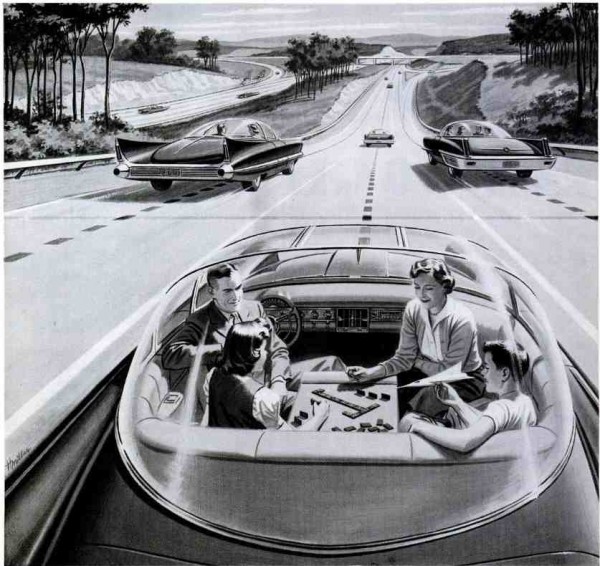 Its Good For You 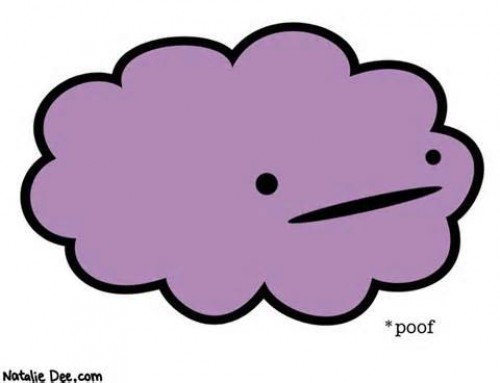 Hydrogen sulfide, the stuff that puts the smell in farts, is actually good for you. So claims a study by the University of Exeter. So the next time your spouse or significant other subjects you to a 'dutch oven' just know its because they love you!


It is fascinating to find that tree rings can be played like a vinyl record on a turntable. The sounds are mostly static but still interesting to listen to, see what you think.

This sounds like some kind of new self-torture device from Japan. Available at Japan Trend Shop.


Masunaga Wink Glasses
These clever specs can detect when you haven't blinked in five seconds and fog up one of the lens. This simple function will then "jolt" the eyes and make them focus, thus waking you up before you drop off fully. Men blink once every three seconds; women once every four seconds. So any longer than this and you are slowing down, which generally means you are getting sleepy.